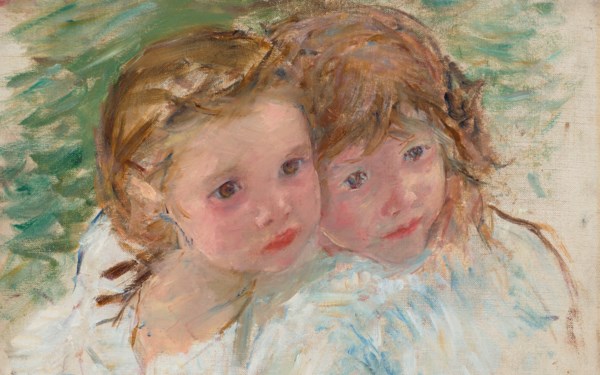 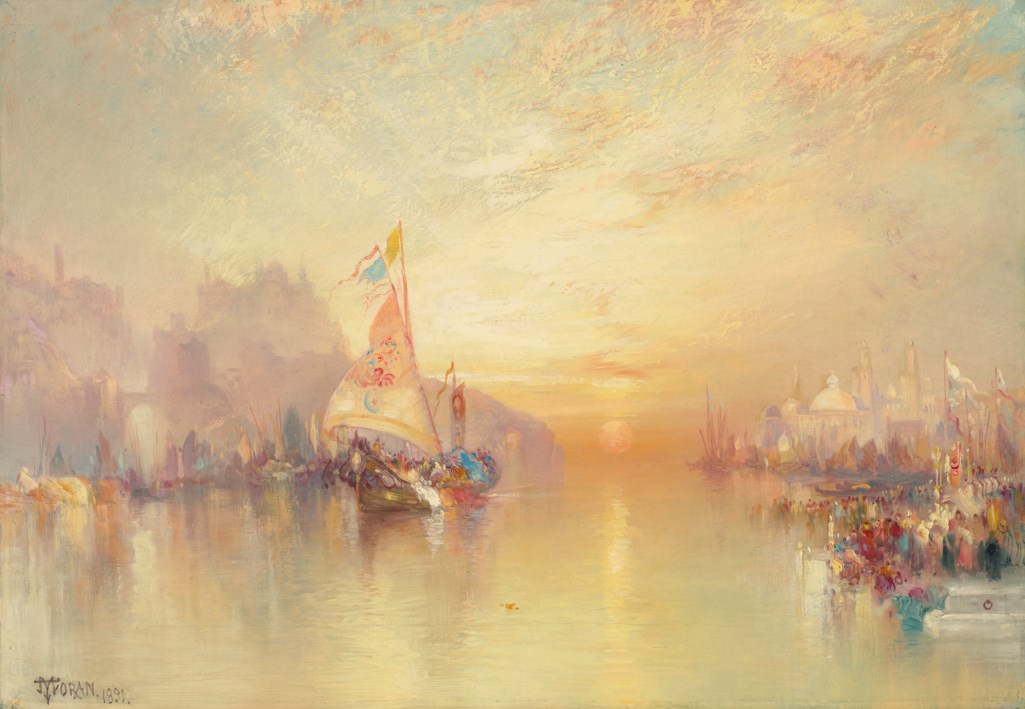 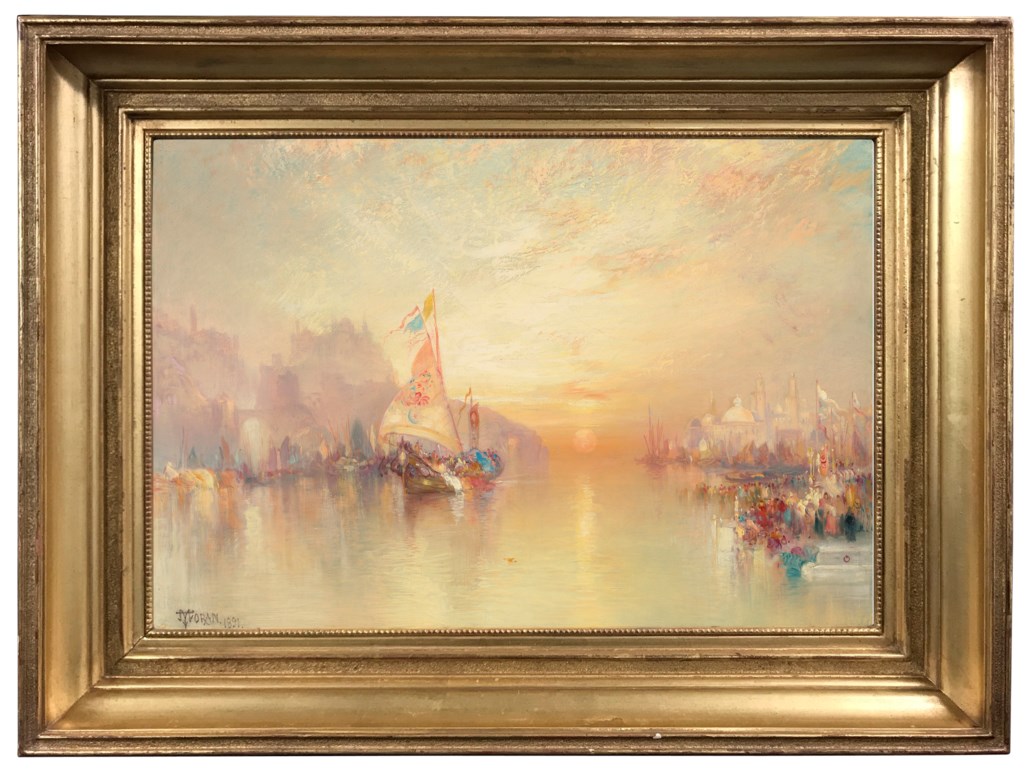 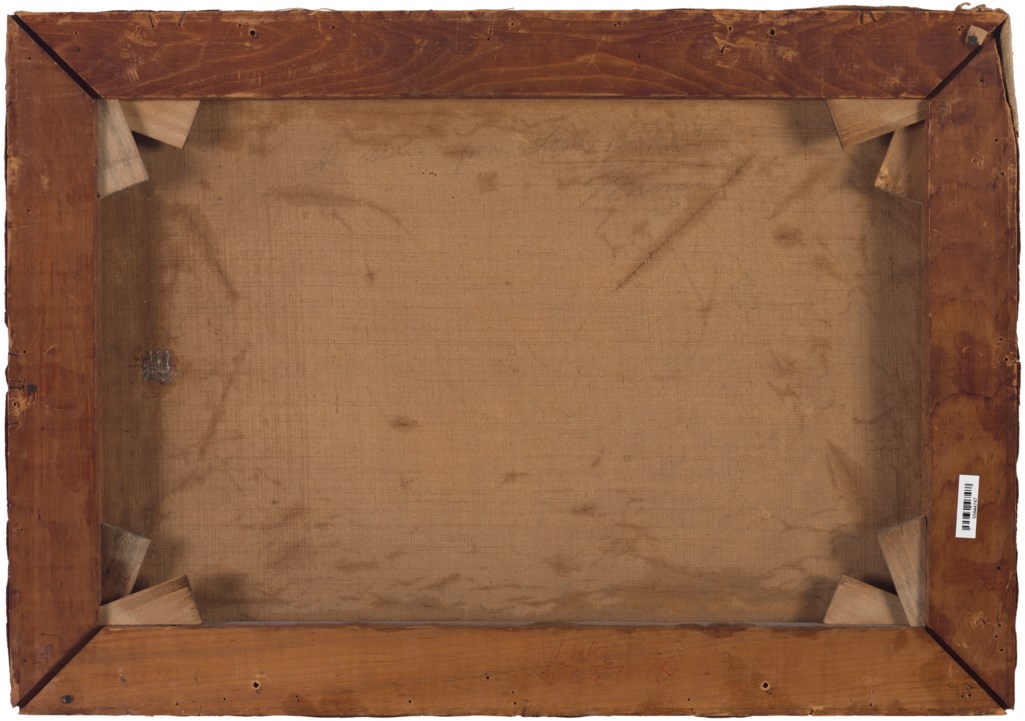 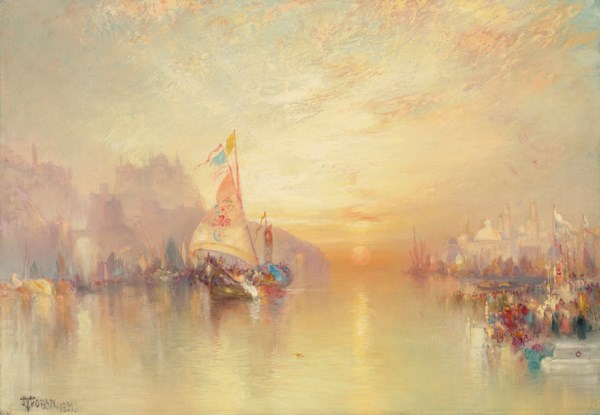 Lot 52
Thomas Moran (1837-1926)
A Scene from Lalla Rookh
USD 20,000 - USD 30,000
A Christie's specialist may contact you to discuss this lot or to notify you if the condition changes prior to the sale.
View Report
The condition of lots can vary widely and the nature of the lots sold means that they are unlikely to be in a perfect condition. Lots are sold in the condition they are in at the time of sale.

This work will be included in Stephen L. Good's and Phyllis Braff's forthcoming catalogue raisonné of the artist's work.

In addition to Thomas Moran's majestic visions of the American landscape and his travels abroad, as Thurman Wilkins explains, "Moran liked to manipulate in fanciful scenes, often illustrating themes from literary romance, and the Critic found him 'at his best' on such occasions, 'when his imagination is moved...by something weird or wonderful in his subject.' The hard times of the 1890's seemed to stimulate the vein of fantasy in his works." (Thomas Moran: Artist of the Mountains, Norman, Oklahoma, 1966, p. 208) Favorite stories to evoke in his paintings included Homer's Odyssey and the Arabian Nights.

The present work was inspired by Thomas Moore's 1817 romantic poem Lalla Rookh, in which the titular heroine is the daughter of a 17th-century Mughal emperor. Engaged to a young king but in love with a lowly poet in her entourage, she eventually finds that her betrothed was posing as her lyrical lover all along. In the present painting, A Scene from Lalla Rookh, Moran captures the atmosphere of Oriental splendor from Moore's tale, setting fancifully decorated sailboats and colorful crowds against a glowing skyline of exotic domed palaces and towering castles.