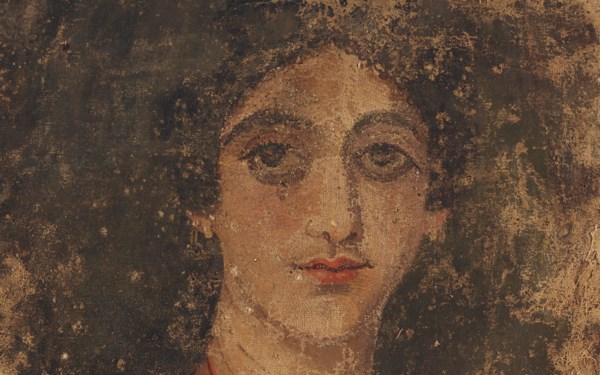 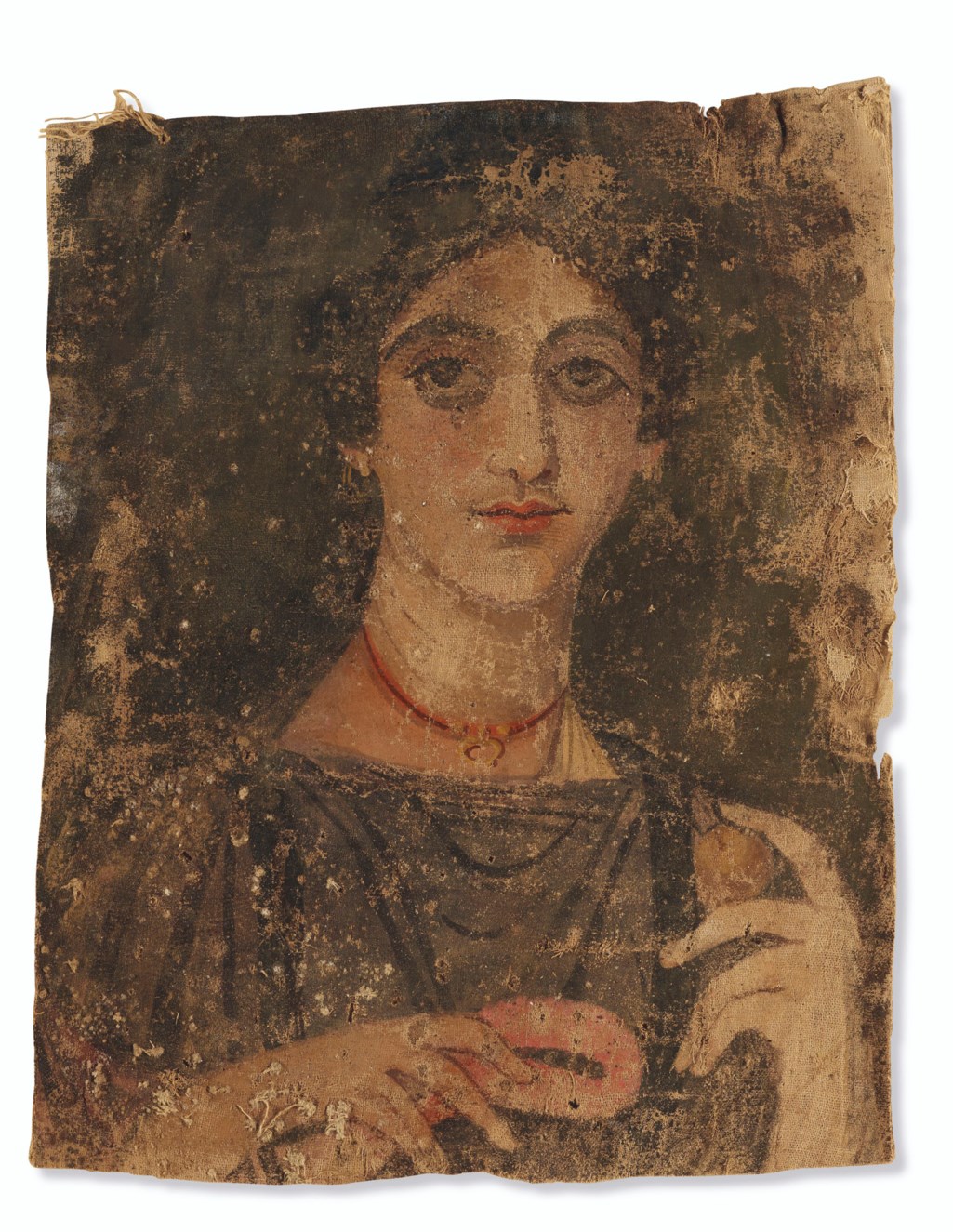 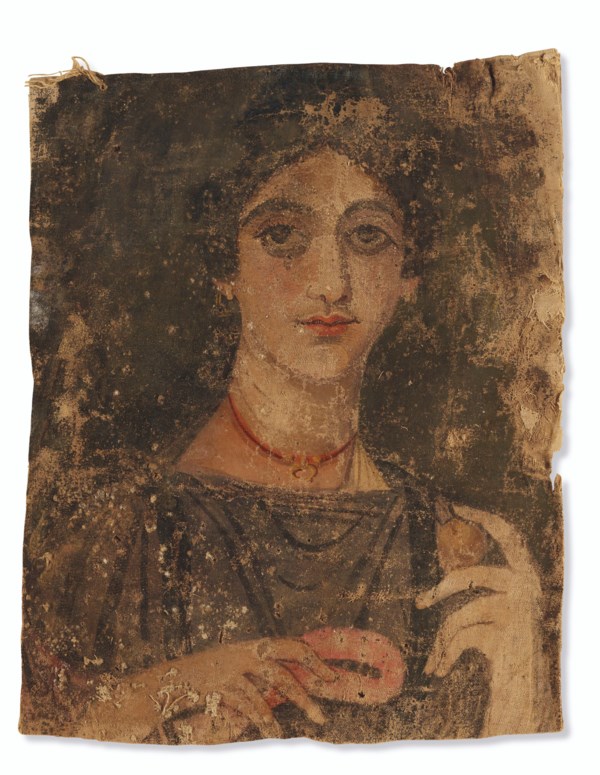 Lot 6
AN EGYPTIAN PAINTED LINEN MUMMY SHROUD WITH A PORTRAIT OF A WOMAN
ROMAN PERIOD, CIRCA 1ST-2ND CENTURY A.D.
USD 200,000 - USD 300,000
A Christie's specialist may contact you to discuss this lot or to notify you if the condition changes prior to the sale.
View Report
The condition of lots can vary widely and the nature of the lots sold means that they are unlikely to be in a perfect condition. Lots are sold in the condition they are in at the time of sale.

Intact as preserved. With some wear and pigment loss throughout; fraying to edges. With minor losses throughout. Some small tears and holes. Some areas slightly unraveled. The corners now glued to a board and framed.

This portrait is painted in tempera on linen and once belonged to the upper part of a full-length funerary shroud. It depicts a youthful woman, wearing a draped blue-grey tunic with darker stripes (clavi), painted against a similarly-colored background. Her hair is piled atop her head, with ringlets indicated on her forehead. Her lively eyes, especially the lower lids, are heavily outlined, perhaps indicating the application of kohl. Her face has been rendered with a three-dimensional quality by the use of shadows for her nose, philtrum and under her lower lip. In her left hand she holds a small yellow fruit, and in her right a pink floral garland or “lucky knot”, probably representing rose petals. She wears small earrings and a gold crescent-shaped pendant topped by three gold beads or pearls, suspended from a pink/red cord around her neck. Such crescent-shaped pendants, possibly symbolic of fertility, are well-known from panel portraits of the same date from Hawara (see S. Walker et al., Ancient Faces: Mummy Portraits from Roman Egypt, pp. 163-164).
Parlasca (op. cit.), the great authority on Romano-Egyptian mummy portraits, originally dated this portrait to the 2nd quarter of the 4th century, perhaps based on similarities to a portrait on linen shroud from Hawara that he dated similarly (Mumienporträts und Verwandte Denkmäler, pp. 99-100, pl. 47, 2). However, more recent re-evaluation of the Hawara shroud by Walker (op. cit., p. 41) place that portrait in the later 1st century. An earlier date for the present portrait is also similarly warranted on the basis of the date ranges of the deceased's jewelry and hairstyle, as well as on the basis of similarity to portraits painted on wooden panels.

Ancient Art from the James and Marilynn Alsdorf Collection