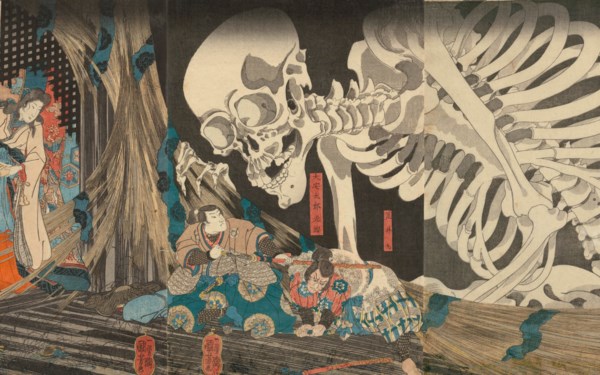 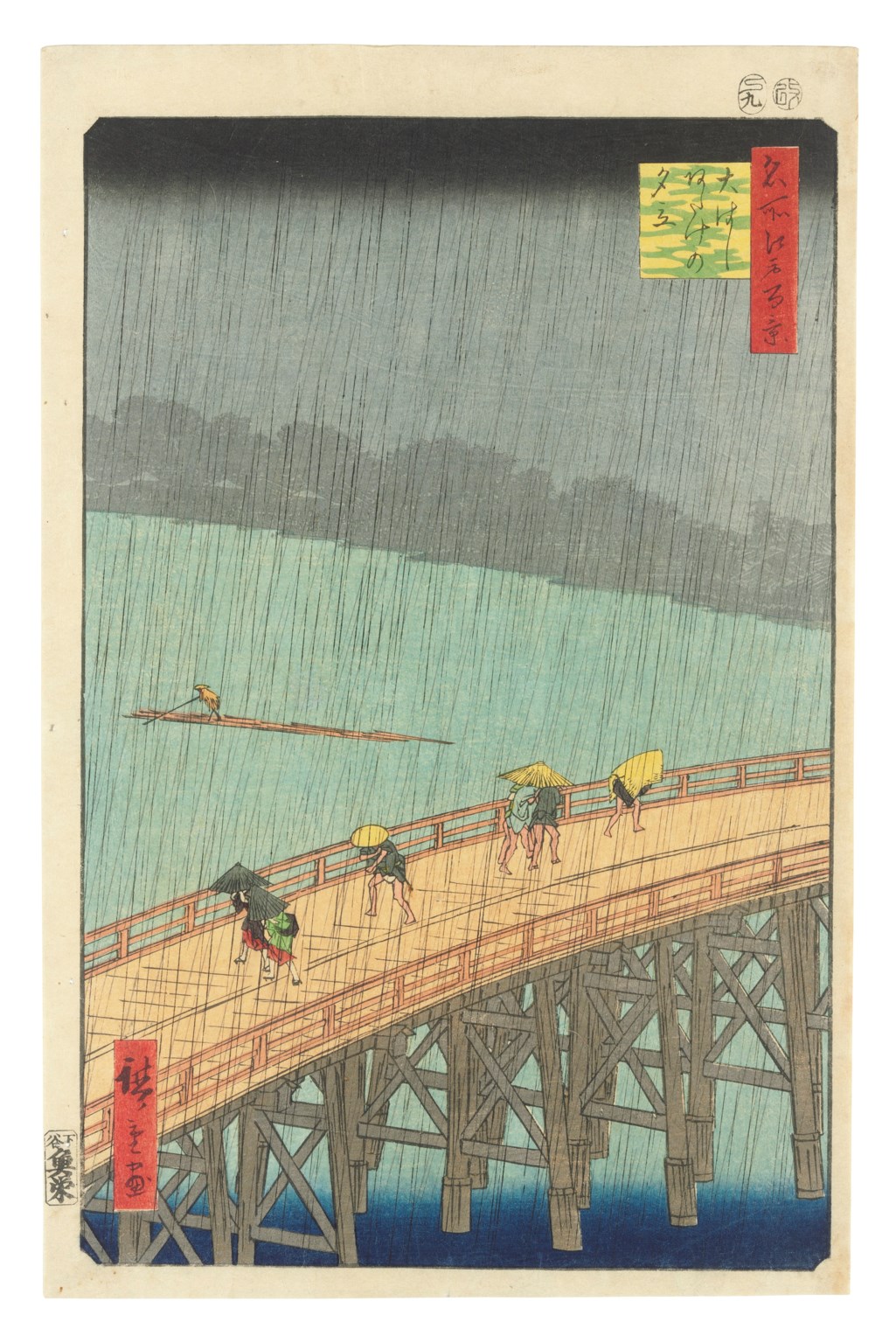 Place your bid
Place your bid
Bid Not Placed
You’ve saved this lot to your account.
Click here to view this lot in your account.
Confirm your age
Please confirm by ticking the box
Sorry, we are unable to retrieve current bid activity for this lot.
Please check your internet connection.
We will update the current bid activity for the lot as soon as connectivity is restored.
Condition report
Sale 18945
From Artist to Woodblock: Japanese Prints
Online 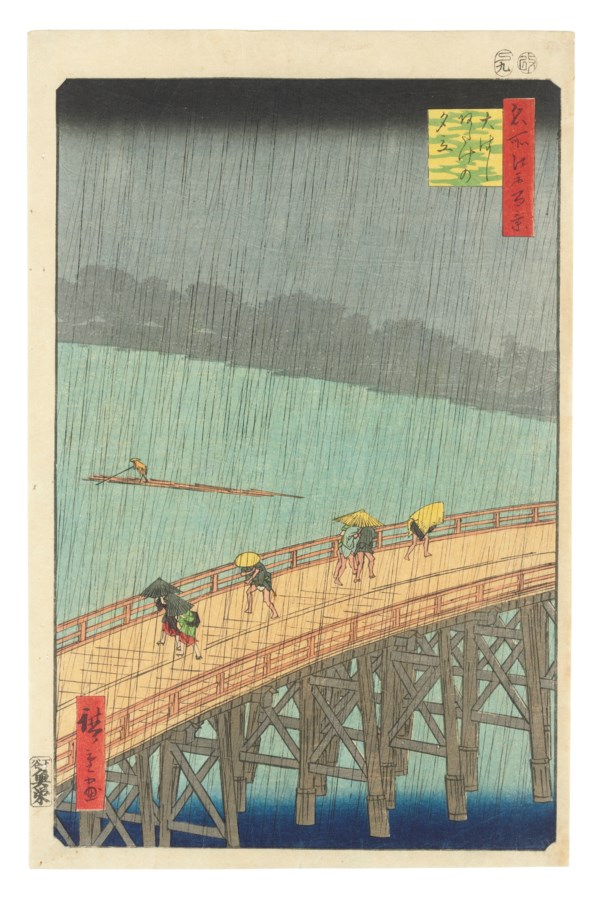 Lot 38
UTAGAWA HIROSHIGE (1797-1858)
Sudden Shower over Shin-Ohashi Bridge and Atake (Ohashi Atake no yudachi)
GBP 20,000 - GBP 30,000
A Christie's specialist may contact you to discuss this lot or to notify you if the condition changes prior to the sale.
View Report
The condition of lots can vary widely and the nature of the lots sold means that they are unlikely to be in a perfect condition. Lots are sold in the condition they are in at the time of sale.

We have sought to record changes in the condition of this lot acquired after its initial manufacture.
- Very good impression, very good colour and overall condition.
- Minor creasing and very slight toning.
- Binding holes to left margin.
- Small nick to the bottom edge.
- Slight marks to verso at top edge.

One of Hiroshige’s most iconic prints, figures crossing the Ohashi Bridge are taken surprise by a sudden downpour of rain. Hiroshige visited the subject of figures caught in a sudden rain shower throughout his landscape work, employing the consummate skill and line-work of the woodblock carver to cast an intricate network of fine incisions over the entirety of the composition. With dense black clouds formed in the evening sky, pedestrians on the bridge hurry off, huddled under their umbrellas or straw capes. In the river is a solitary oarsman cloaked in straw. The riverbank to the distance is obscured by the rainfall, with a row of storehouses to the left for the Shogun’s boats in the Atake neighbourhood and the Honjo district barely visible amidst the torrent.
Ohashi [lit. Great Bridge] referred to two bridges in the capital city of Edo: Ryogoku Bridge and Shin Ohashi Bridge, the latter the subject of this print. Constructed in 1694 over the Sumida River, the bridge connected Hamacho and the Momi Storage in Edo’s Fukagawa district.
Only thirty years after its publication, an impression of this design made its way into the collection of Vincent van Gogh, inspiring him to paint his 1887 oil and canvas version Bridge in the Rain (after Hiroshige), 1887, which is now in the van Gogh Museum, Amsterdam. For the oil version by van Gogh, go to:
https://www.vangoghmuseum.nl/en/collection/s0114V1962
For the Ohashi Atake no yudachi print owned by van Gogh, go to:
https://www.vangoghmuseum.nl/en/japanese-prints/collection/n0081V1962

The same print is in numerous museum collections, including:
The Metropolitan Museum of Art (The MET), New York, accession no. JP2522
The Museum of Fine Arts, Boston, accession no. 21.9466
The Honolulu Museum of Art, object no. 06445
The Chazen Museum of Art, University of Wisconsin-Madison, accession no. 1980.1632
Post Lot Text
This lot has been imported from outside the EU for sale and placed under the Temporary Admission regime. Import VAT is payable (at 5%) on the hammer price. VAT at 20% will be added to the buyer’s premium but will not be shown separately on the invoice. Please see Conditions of Sale for further information.

From Artist to Woodblock: Japanese Prints