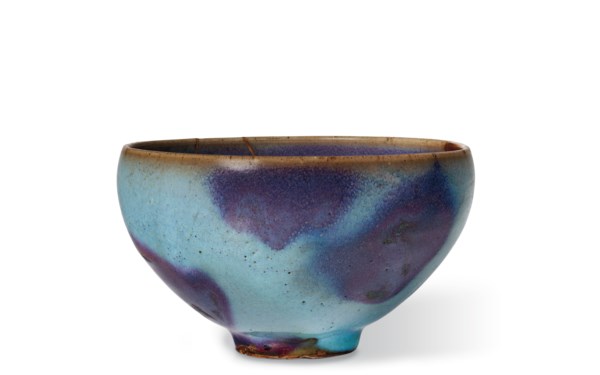 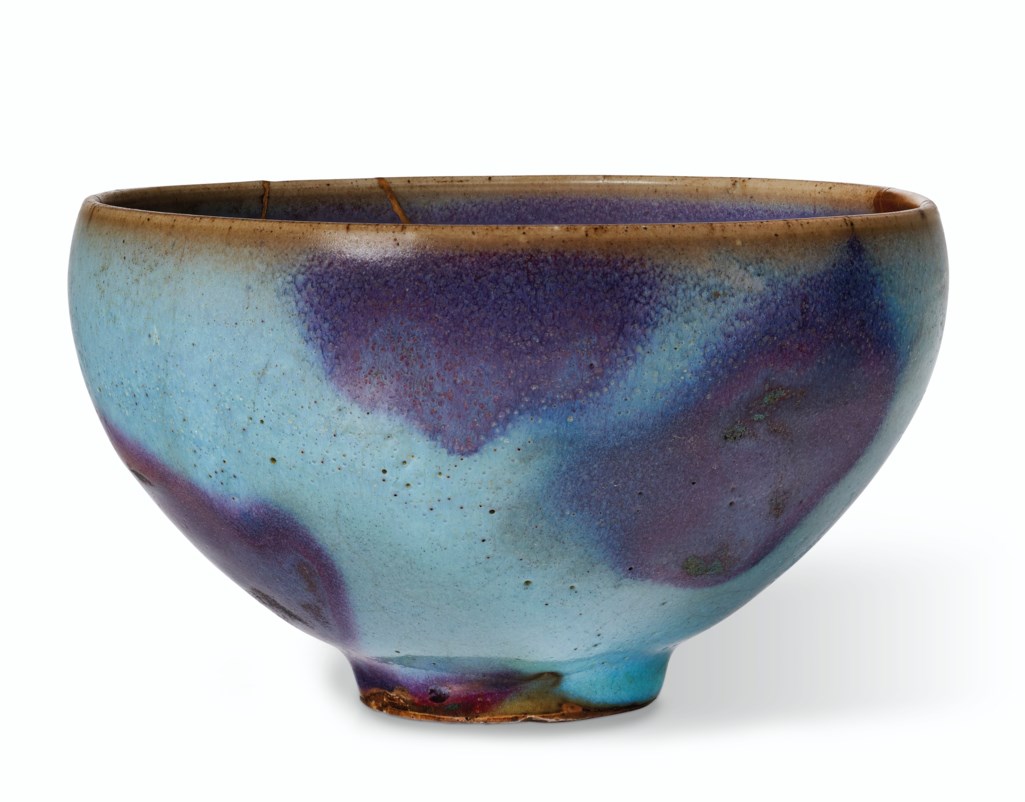 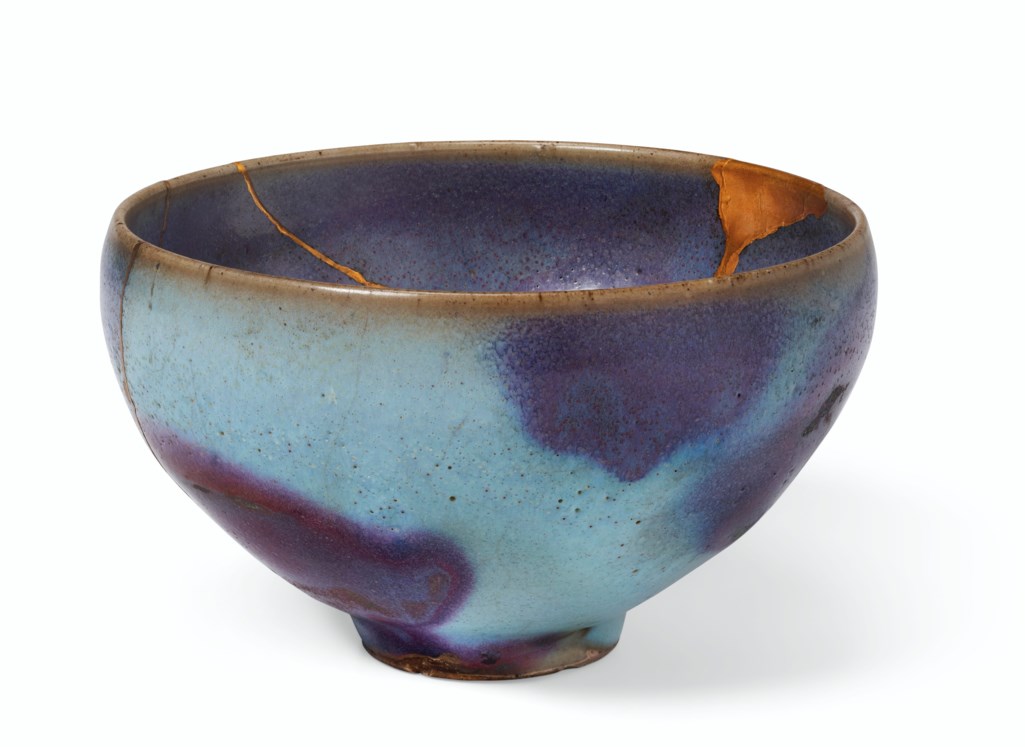 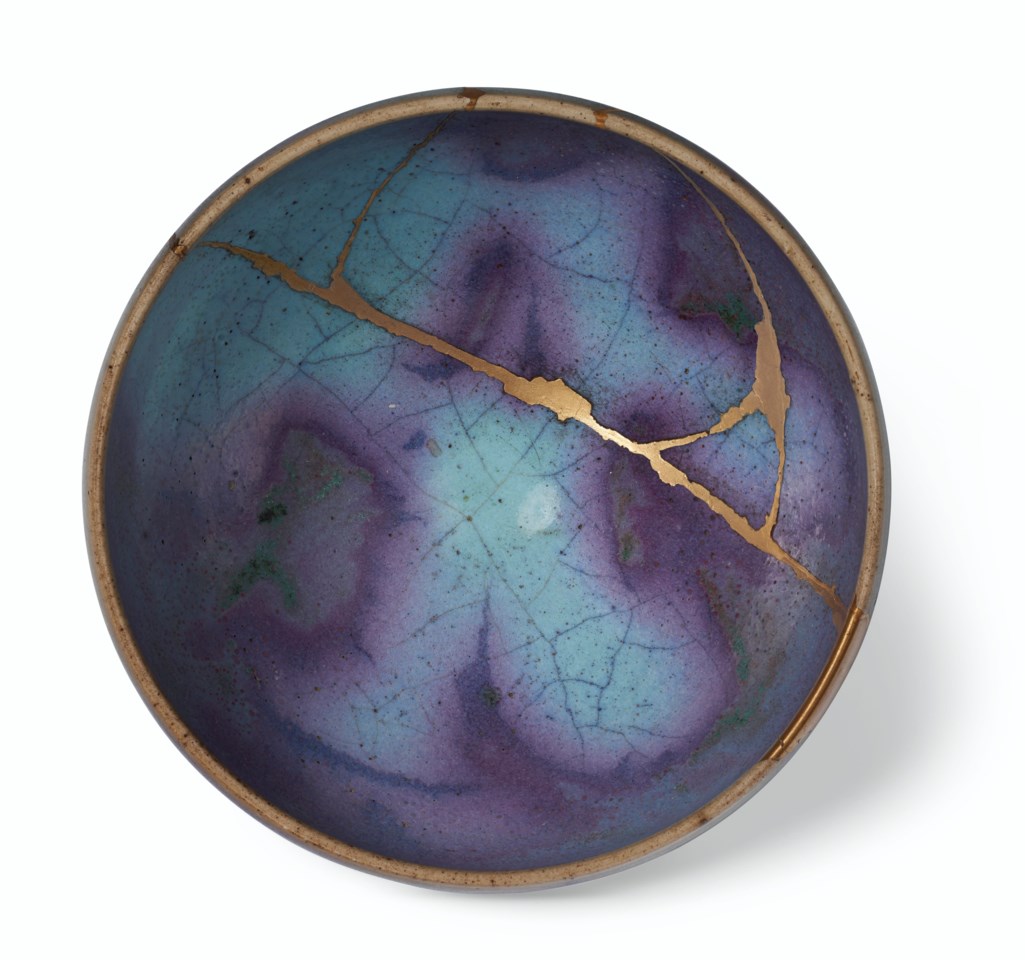 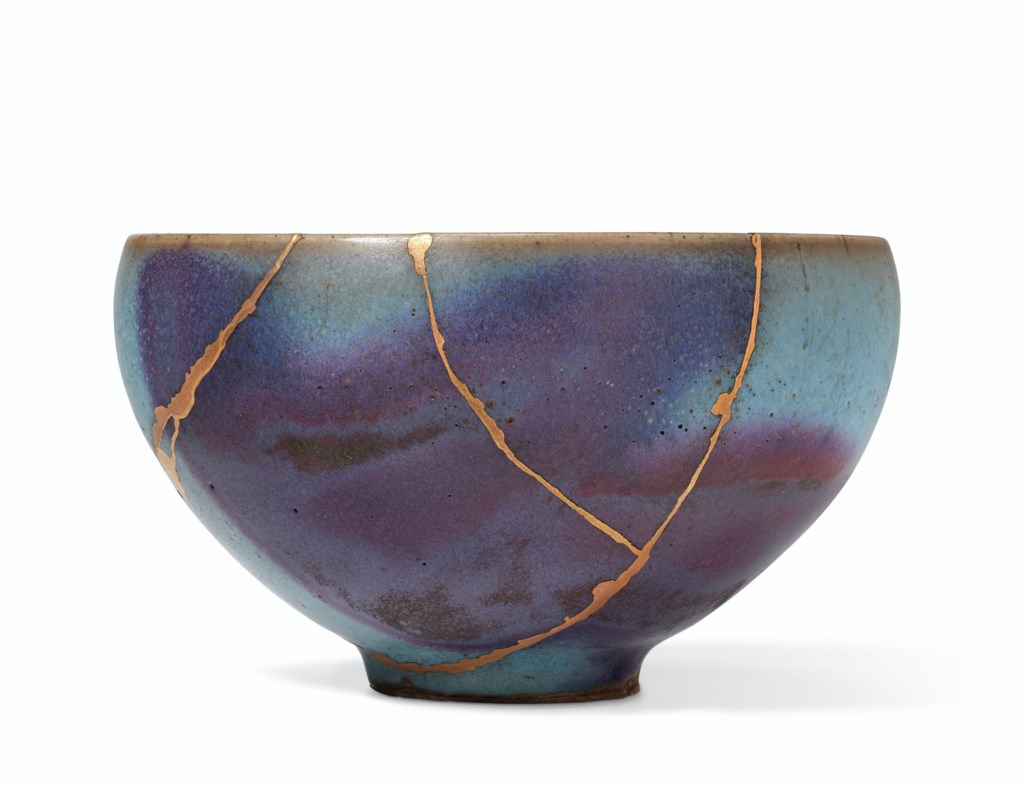 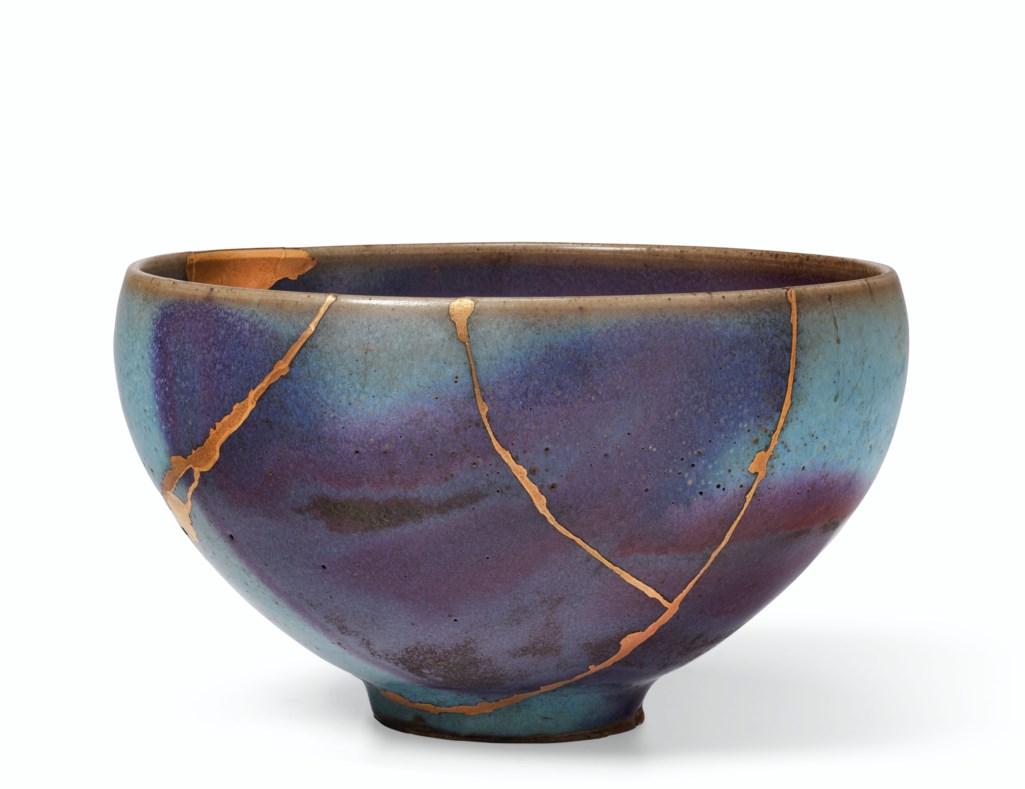 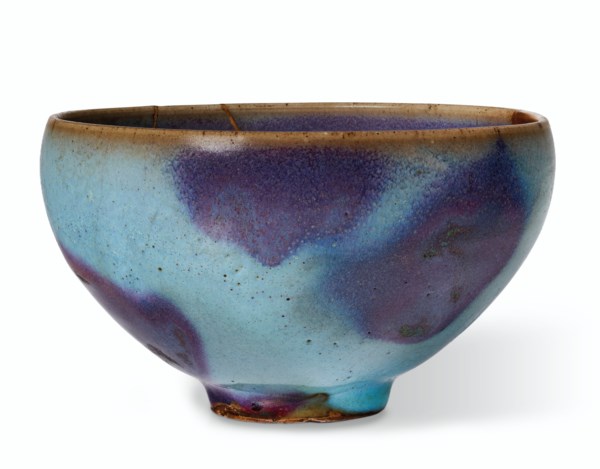 Lot 2
A RARE PURPLE-SPLASHED JUN BOWL
NORTHERN SONG DYNASTY (AD 960-1127)
USD 15,000 - USD 25,000
A Christie's specialist may contact you to discuss this lot or to notify you if the condition changes prior to the sale.
View Report
The condition of lots can vary widely and the nature of the lots sold means that they are unlikely to be in a perfect condition. Lots are sold in the condition they are in at the time of sale.

We have sought to record changes in the condition of this piece acquired after its initial manufacture.
-burst bubbles and light crackle in the glaze as to be expected
-gilt lacquer restoration from breaks creating five large sections
-consolided chips and some filled areas along the breaks
-expected shallow nicks to the foot, most from production

The bowl is delicately potted with rounded sides, and covered inside and out with a lavender-blue glaze, with areas of purple splashes on the exterior and interior, which thins to mushroom on the rim and falls in an irregular line above the neatly cut foot. The base is partially glazed.

The following group of Jun wares (lots 1-5), as well as the upcoming peachbloom-glaze vase (lot 23), came by descent to Peter Tcherepnine from the renowned collection of Samuel T. Peters (1854-1921). A director of several coal companies and a trustee of The Metropolitan Museum of Art from 1914 to 1921, Peters was known as a great collector and amassed an impressive and large collection of Chinese works of art. In his obituary the New York Times noted that Peters’ gift of some 400 jades to The Metropolitan Museum of Art in 1912 and 1916 “form a collection probably unsurpassed anywhere.”

Peters was also known as a great admirer of Chinese pottery, Song-dynasty wares, and porcelains. His wife, née Adeline Elder (1859-1943), donated hundreds of pieces from his collection to The Metropolitan Museum of Art in 1926. This gift seems to have been preceded by a loan that was recorded in The Metropolitan Museum of Art ’s February 1927 Bulletin, Vol, 22, pp. 44-47, under the title “An Important Loan of Early Chinese Pottery,” where it was noted that The Met had tried for years to form a representative collection of Song-pottery wares, without success. The author goes on to state (p. 46) that with the addition of the Peters’ loan, the new and aspiring collector can “study the different glazes, the marvelous Sung shapes, and the many varieties as in no other public collection. This happy change has come about through the generous loan by Mrs. Peters from the collection made by her late husband Samuel T. Peters, once a trustee of our Museum and one of the first collectors in this country to recognize the beauty and interest of early Chinese ceramics."

Chinese Ceramics and Works of Art