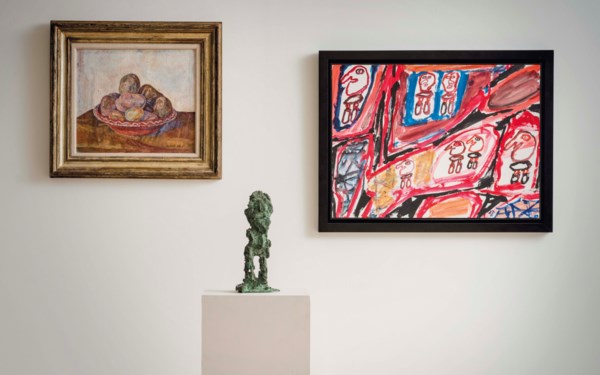 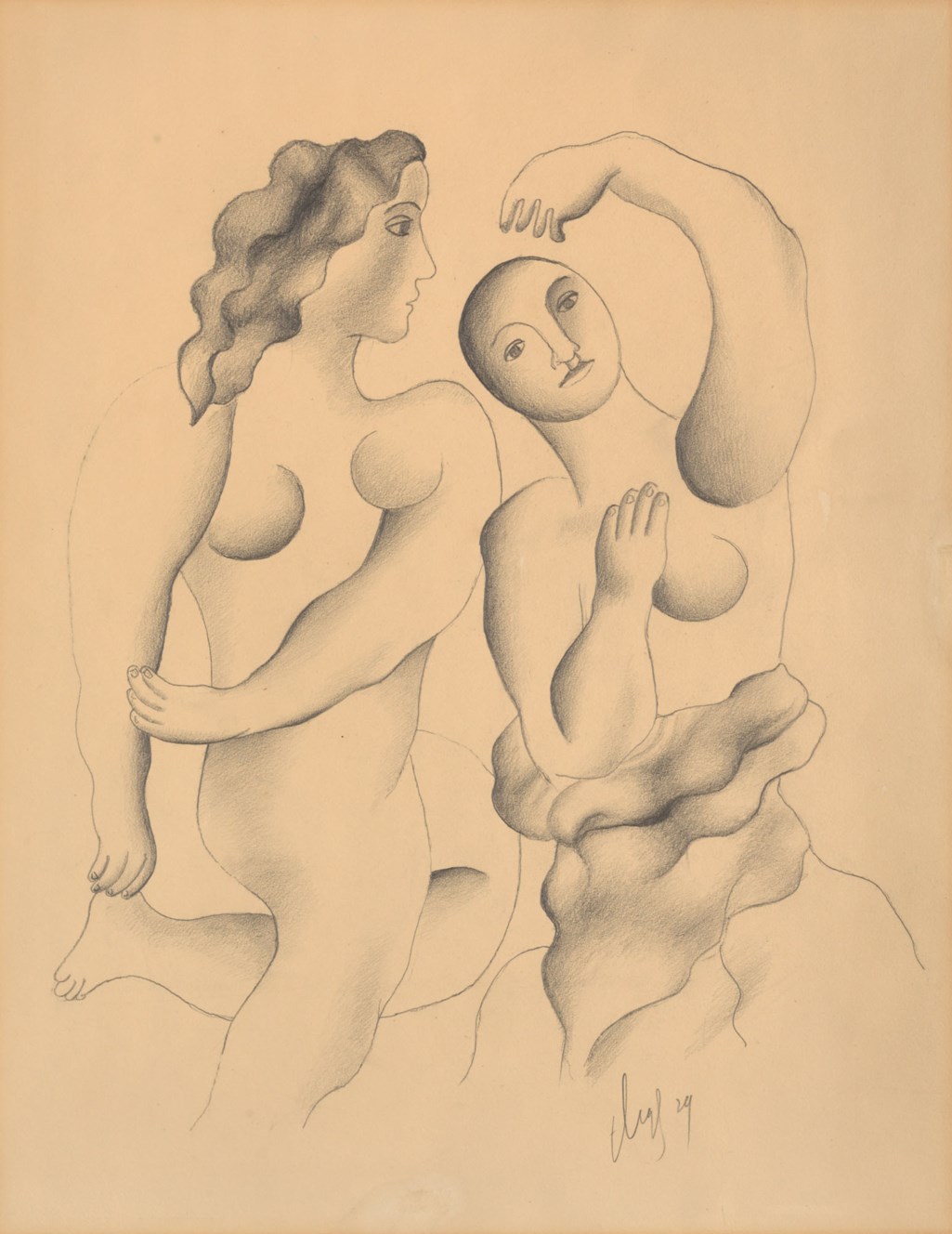 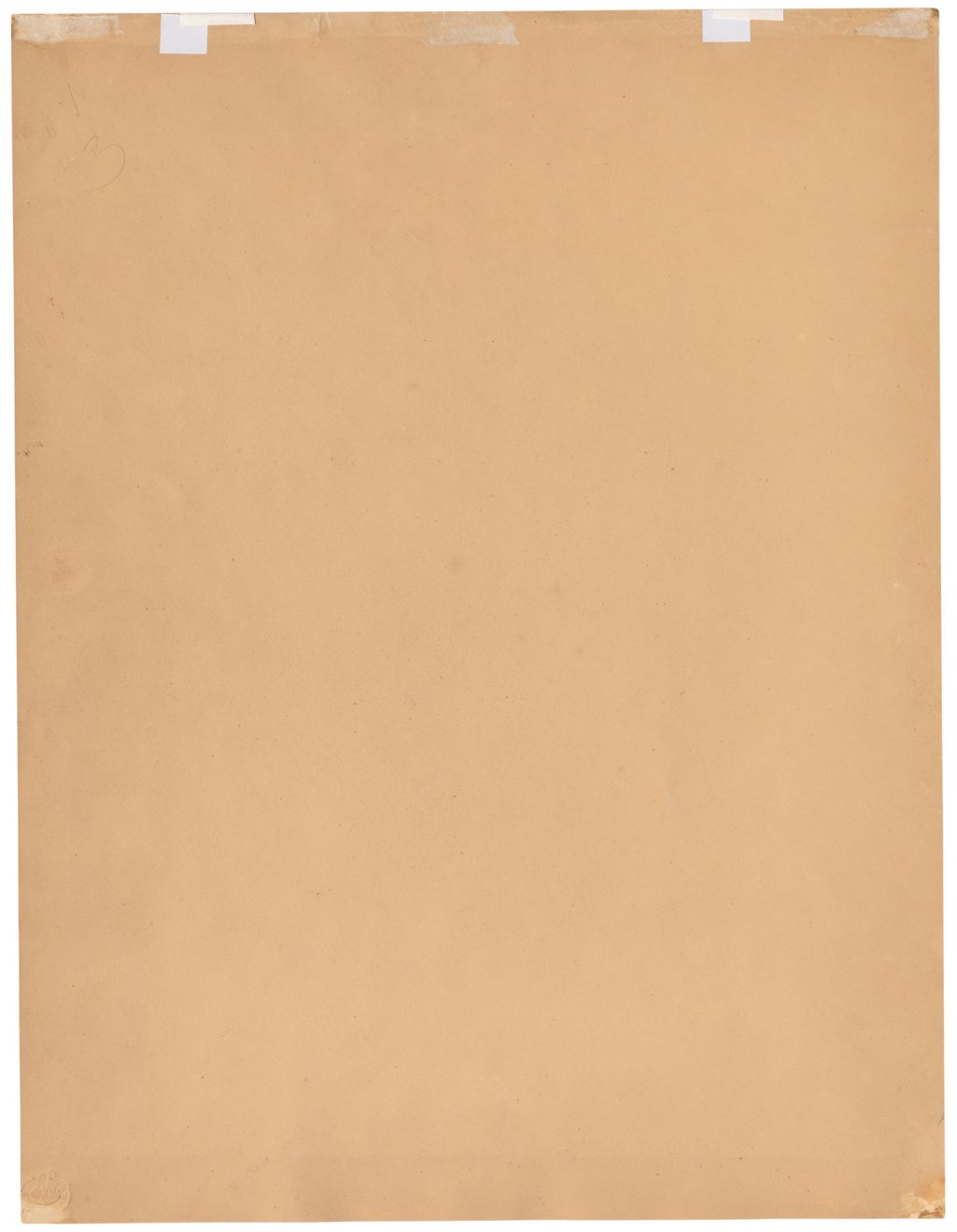 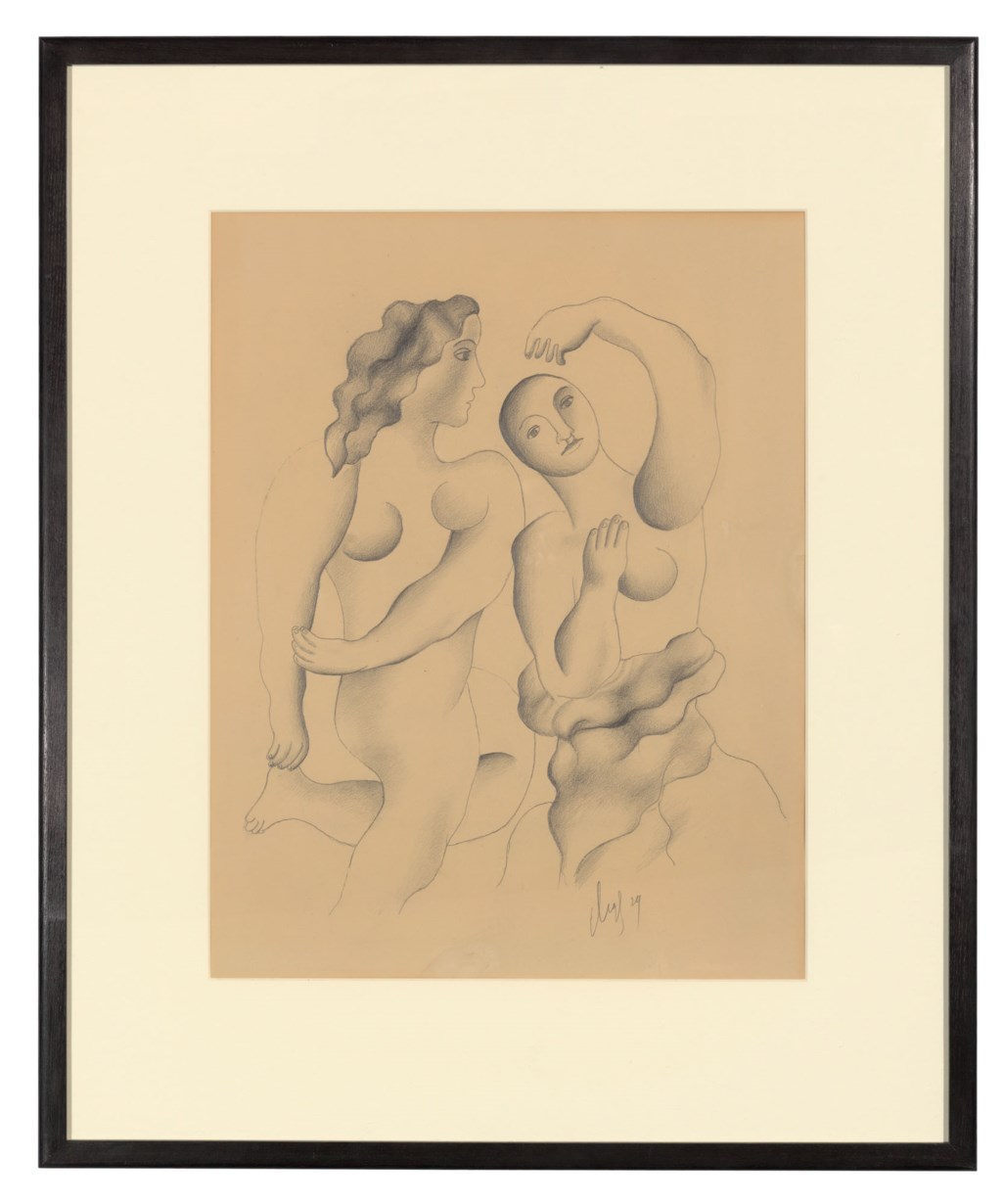 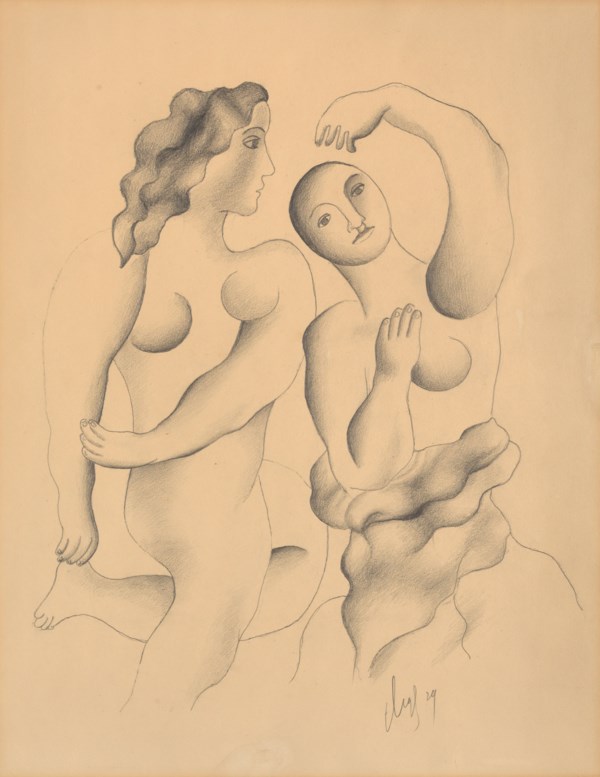 Lot 4
FERNAND LÉGER (1881-1955)
La danse
GBP 70,000 - GBP 100,000
A Christie's specialist may contact you to discuss this lot or to notify you if the condition changes prior to the sale.
View Report
The condition of lots can vary widely and the nature of the lots sold means that they are unlikely to be in a perfect condition. Lots are sold in the condition they are in at the time of sale.

Pencil on thick wove paper. Hinged to the mount in two places at the reverse upper sheet edge. With the blind stamp 'BRISTOL EXTRA FIN AL'. The artist's pinholes at the upper right and lower right corners. Four areas of abrasion with adhesive remnants towards the centre of each edge from a previous mount, and further abrasions and adhesive remnants in two places along the extreme upper edge. A short vertical scratch at the extreme upper sheet edge and a diagonal handling crease at the lower left sheet corner. Mount and light staining. A few scattered pale fox marks and one or two other small spots of discolouration in places. The pencil is strong. Subject to the foregoing, it is our opinion that this work appears to be in generally good condition.

Drawn in 1929, Fernand Léger’s La danse dates from a pivotal moment in the artist’s career as he left behind the austere mechanical aesthetic that had defined his immediate post-war work, and began to depict a more natural and organic conception of the world. Female figures, as well as natural objects, dominate his art of the late 1920s, as his paintings and works on paper became freed from the rigid, geometric stasis that governed his earlier work and infused with a new rhythm and heightened sense of life.

In the present work, La danse, Léger explores the undulating lines of his human figures to full effect, their languid yet statuesque bodies appearing to swim in reverie through the cloud-like pictorial space like Classical goddesses, creating a sense of dynamic flow around the composition. Gone are the mechanical, geometric forms with which Léger had constructed the human figure at the beginning of the 1920s; instead, the women’s bodies are depicted with a greater sense of naturalism, their undulating forms created with soft tonal gradations. It is these monumental women who would come to dominate Léger’s large-scale paintings of the 1930s and beyond.

The female figure had boldly entered Léger’s art in the early 1920s. Like many of his contemporaries in post-war Europe, the artist had responded to the ‘rappel à l’ordre’ or ‘return to order’ – an artistic movement that embodied the aesthetics of Classicism in response to the catastrophic chaos and devastation wrought by the war – and had begun to introduce reclining odalisques and nudes into his art. As the decade progressed, Léger’s compositions loosened: objects floated and hovered, while his depictions of the human form became softer and less mechanised. The figures depicted in La danse are no longer composed of distinct facets, and are undoubtedly softer and more human than their earlier robotic antecedents.

The two figures present in La danse figure across several significant compositions in oil, often in combination with other objects. Their tone as the focal point here remains beautiful, classical, eternal and monumental, suggestive of the joy and cyclical nature of life as reflected in their curvilinear movements, whilst remaining resolutely avant-garde. Their treatment on paper shows an appropriate sensitivity, an elegant consideration of balance and form and delicately assertive contrast that is characteristic of Léger’s best work in this medium.
Post Lot Text
Artist's Resale Right Regulations 2006 apply to this lot. You must pay us an extra amount equal to the resale royalty and we will pay the royalty to the appropriate authority. Please see the Conditions of Sale for further information.

This lot has been imported from outside the EU for sale and placed under the Temporary Admission regime. Import VAT is payable (at 5%) on the hammer price. VAT at 20% will be added to the buyer’s premium but will not be shown separately on the invoice. Please see the Conditions of Sale for further information.

These lots have been imported from outside the EU for sale using a Temporary Import regime. Import VAT is payable (at 5%) on the Hammer price. VAT is also payable (at 20%) on the buyer’s Premium on a VAT inclusive basis. When a buyer of such a lot has registered an EU address but wishes to export the lot or complete the import into another EU country, he must advise Christie's immediately after the auction.