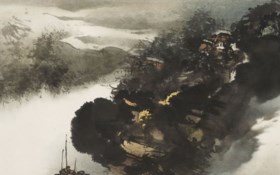 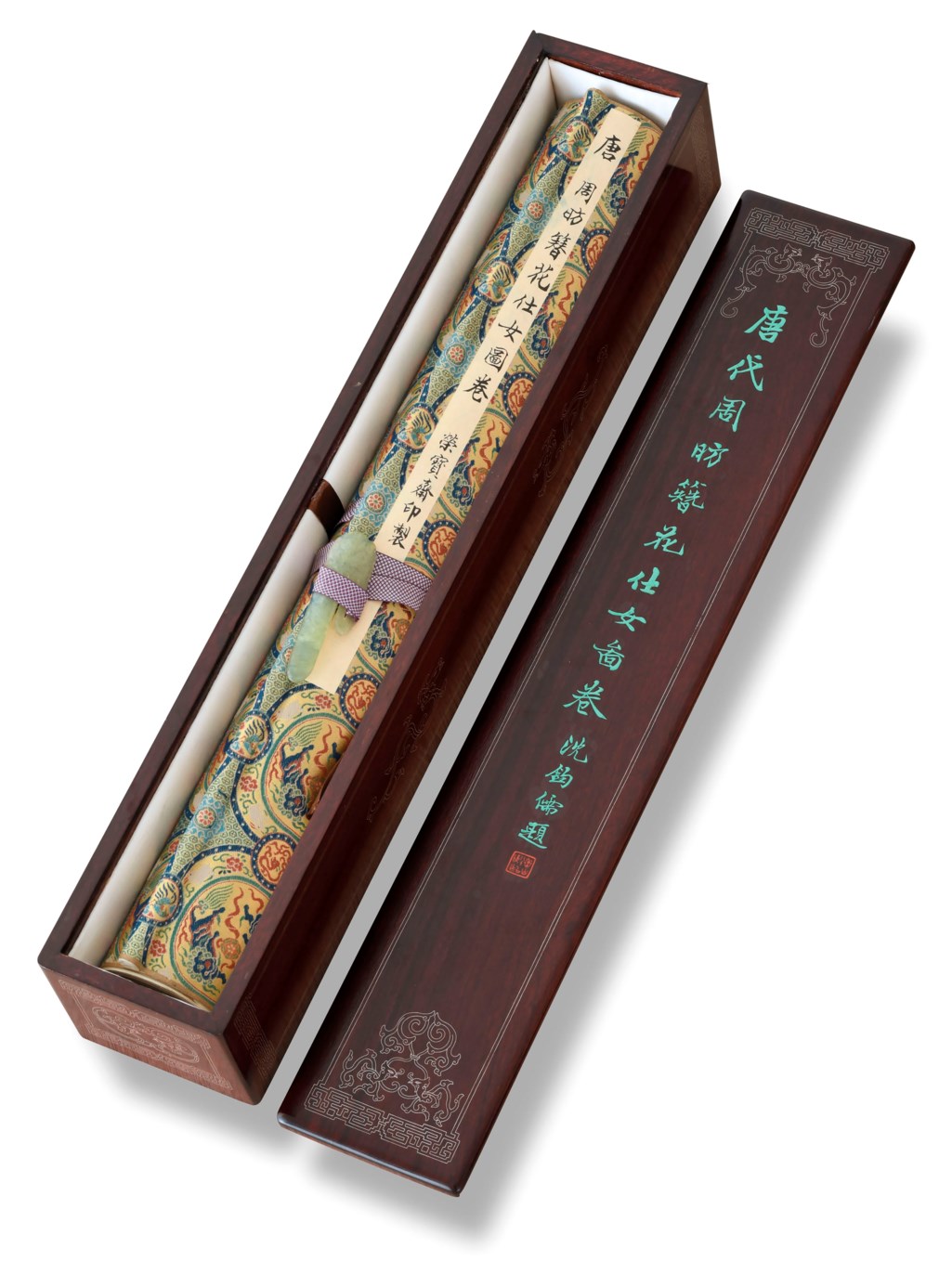 Lot 19
COURT LADIES WEARING FLOWERED HEADDRESSES WOODBLOCK PRINT
Rongbaozhai 1956 Edition
HKD 150,000 - HKD 200,000
A Christie's specialist may contact you to discuss this lot or to notify you if the condition changes prior to the sale.
View Report
The condition of lots can vary widely and the nature of the lots sold means that they are unlikely to be in a perfect condition. Lots are sold in the condition they are in at the time of sale.

We have sought to record changes in the condition of this piece acquired after its initial manufacture.
-There are some very minor mould spots on the print and on the frontispiece;
-otherwise it is in overall excellent condition.

For the better part of a century, Professor Asit Kumar Biswas has been one of the world’s leading experts on water management and environmental protection. Remarkable and distinguished, Prof. Biswas’ career counts various professorships in the United Kingdom, Canada, Sweden and Singapore, numerous authorships of books and scientific papers, as well as multifarious leadership positions in international organisations, including a member of the World Commission on Water. As a pioneer in his field, Prof. Biswas is the founder of the International Water Resources Association, the World Water Council, the Third World Centre for Water Management, and the International Journal of Water Resources and Development. To this day, his expertise and commitment to environmental conservation result in his role as an indispensable adviser to many United Nations agencies, governments and major institutions.

In 1980, at Deng Xiaoping’s invitation, Prof. Biswas travelled to China to provide counsel on the South-North Water Transfer Project; there, he became acquainted with Qu Geping (b. 1930), China’s first chief of environmental protection. As it happens, apart from formerly assuming the roles of Director of the State Environmental Protection Agency and Chairman of the National People’s Congress Environment and Resources Conservation Committee, Qu was also a defender of the arts who maintained enduring friendships with prominent Chinese artists. So, upon learning that not only do they share a desire to reform environmental policies, but also an interest in art, Qu introduced Prof. Biswas to exceptional and recherché Chinese paintings over time.

Since their meeting forty years ago, Prof. Biswas and Qu Geping have collaborated on several publications and respectively built impressive collections of Chinese art. While many artists have gifted Qu their paintings as tokens of appreciation, thereby enlarging his assemblage, Prof. Biswas’ Chinese art collection has also grown on account of Qu’s such connections and recommendations. On that account, while the Chinese paintings from Professor Asit K. Biswas’ collection distinctly serve as testaments to his fine artistic taste, they also represent a treasured friendship between two of the world’s most influential environmentalists.

All renditions of Court Ladies Wearing Flowered Headdresses enjoy their respective importance in history – be it the original by Zhou Fang (8th – 9th century), or the woodblock prints by Rongbaozhai, a three-hundred-year-old calligraphy and painting shop in Beijing. Though the original painting by Zhou Fang is currently housed in the Liaoning Provincial Museum, limited woodblock prints have perpetuated its fate with royals and dignitaries. Since coming to fruition in 1956, the coveted editions have been presented as diplomatic gifts by Mao Zedong and Zhou Enlai to notable figures such as United States Secretary of State Henry Kissinger, King of Cambodia Norodom Sihanouk, Soviet Military Commander Kliment Voroshilov, and Prime Minister of Burma U Nu. Rongbaozhai’s success in preserving the impeccable lines and vibrant colours of the original has led the unprecedented technique to become a symbol of national pride — as reflected by its status as a National Intangible Cultural Heritage — and the image of Court Ladies Wearing Flowered Headdresses to be honoured with a world-renowned legacy.

In Court Ladies Wearing Flowered Headdresses, Zhou Fang’s close observation of personalities and exceptional ability to instil his subjects’ spirits into their pictorial forms warrant his reputation as the preeminent figure painter of his time. Featuring five noblewomen and one maidservant, as well as two pups and a white crane, the image emanates liveliness and placidity through its engaging presentation of forms and the recurring juxtaposition of vivid reds against soothing greens. Particularly in the ladies’ fine translucent shawls, the splendour and glory of the bygone Tang court emerge from the venerable painter’s delicate and assured brushwork. Though beyond the resplendent garments and splendid accessories, Zhou Fang’s aesthetic intuition lives in the harmonious composition of the painting. The layered arrangement and use of pure whites amid vibrant colours yield an acute sense of depth, while the idiosyncratic gestures of the six court ladies, ranging from youthful merriment and quiet reverie to candid amusement, deliver a balanced and lifelike picture.

Owing to the protracted process of woodblock printing and the paucity of materials, woodblock prints are produced in small quantities, hence each edition draws forth great excitement and appreciation. Although the procedure is primarily comprised of three interdependent steps – sketching, engraving, and printing – the entire undertaking also demands a meticulous study of the original, minute planning for course of action, and utmost diligence in execution. Considering the emulator’s deliberate anatomisation of each stroke and hue, not to mention the engraver and printer’s respective consummate attainments, woodblock printing can be reckoned as an enterprise encompassing several arts. In order to carve the exact pressure and motion of brushstrokes onto over a thousand woodblocks, the engraver must wield the blade as a brush. The printer, with matching utmost patience, then reproduces the painting’s layered colours and weathered condition by repeatedly applying pigment onto the fabric. Even so, Rongbaozhai would have been unable to bring forth an indistinguishable copy of the painting without the ancient ink, colourants and traditional silk used by Zhou Fang.

As a timeless homage to the Tang Dynasty, the woodblock print of Court Ladies Wearing Flowered Headdresses bears profound significance. While Zhou Fang had striven for a naturalistic portrayal of the court ladies, the artists of Rongbaozhai, rather than imparting their interpretations of lifelike ladies, endeavoured to yield a truthful impression of Zhou Fang’s painting instead. Still, though embodying different degrees of realism, the court ladies remain as pure as the yulan magnolia tree in both artworks. Encompassing historic, aesthetic and cultural value, not only does the woodblock print of Court Ladies Wearing Flowered Headdresses immortalise six Tang women, it also enshrines Zhou Fang’s nonpareil artistic flair and bears witness to Rongbaozhai reaching the pinnacle of a treasured Chinese tradition.