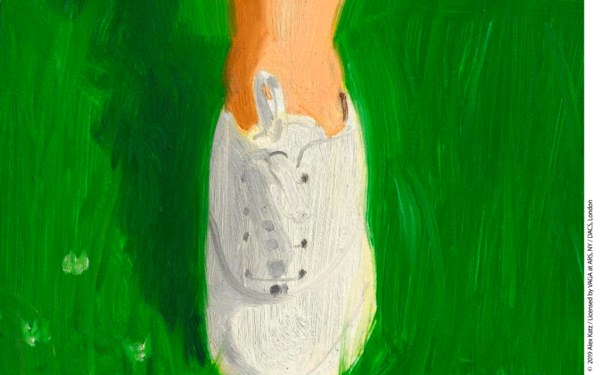 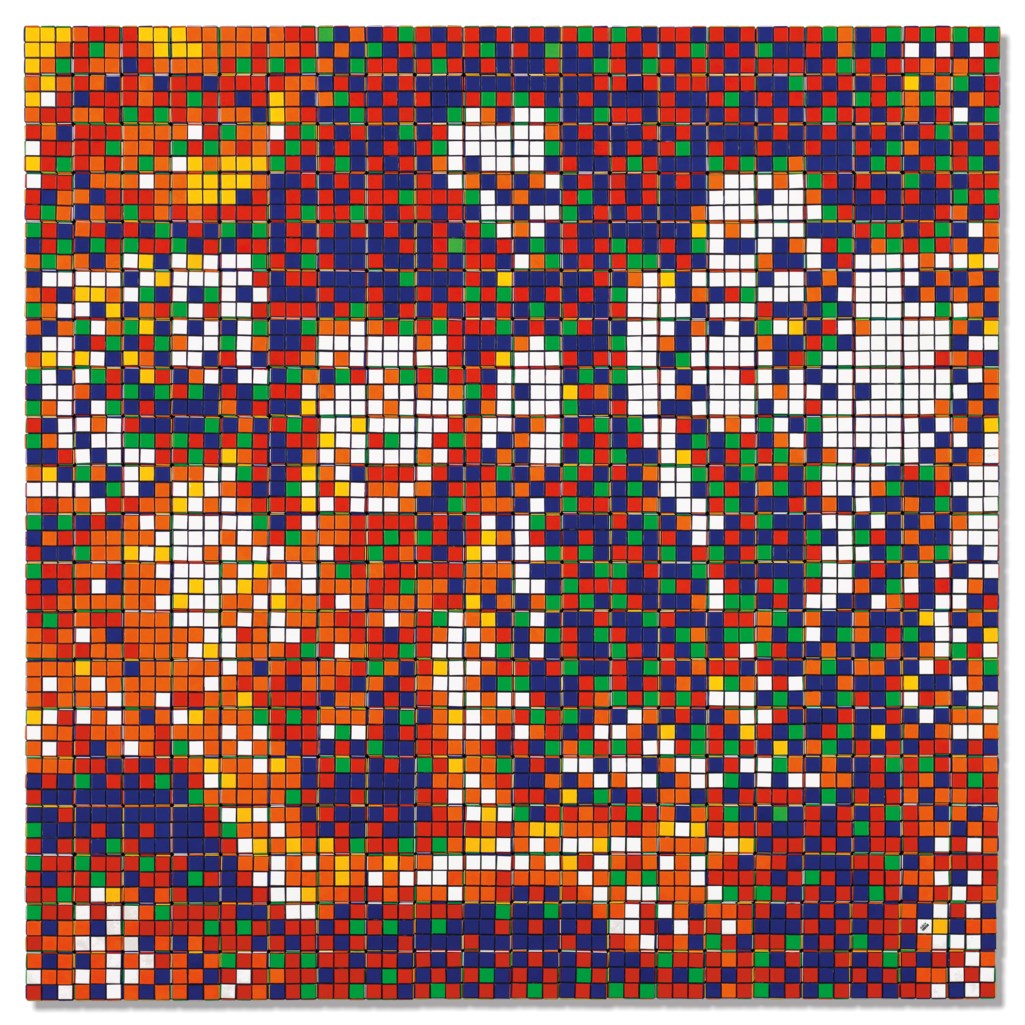 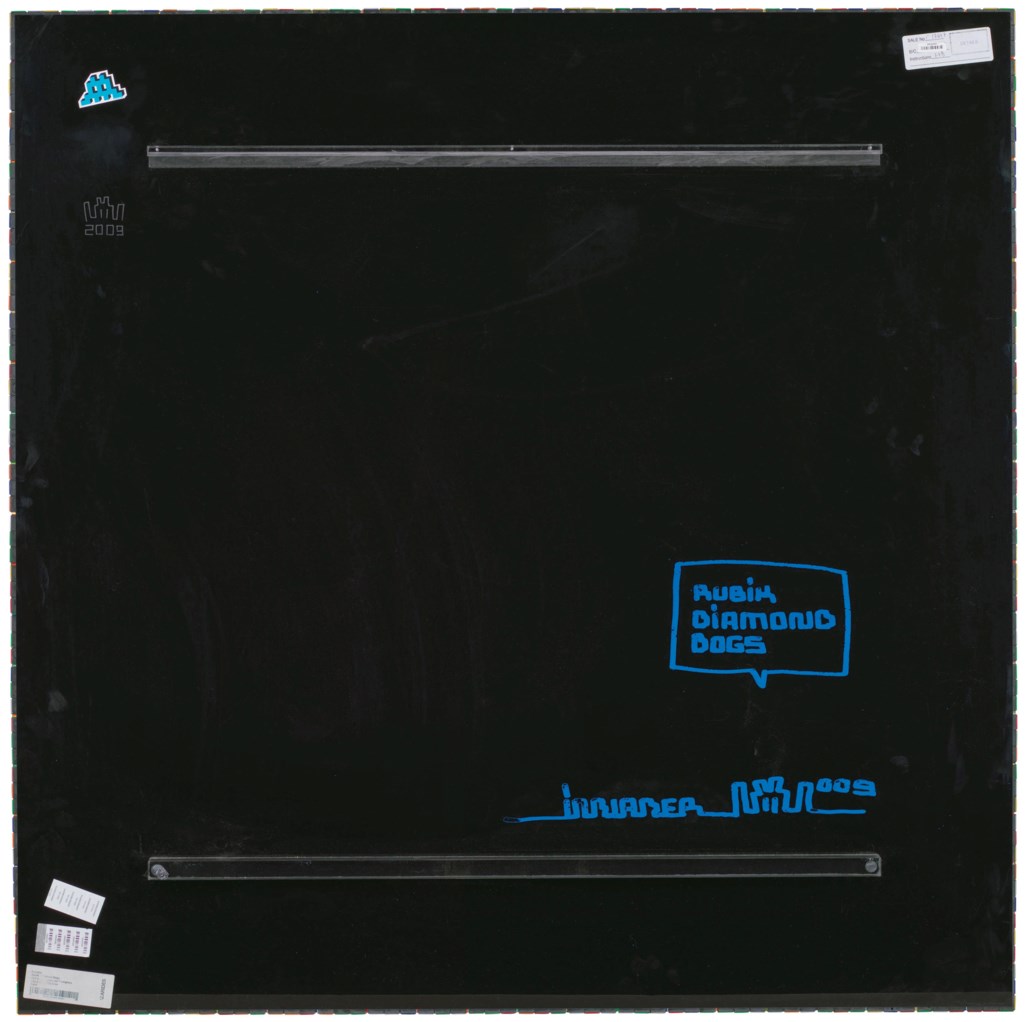 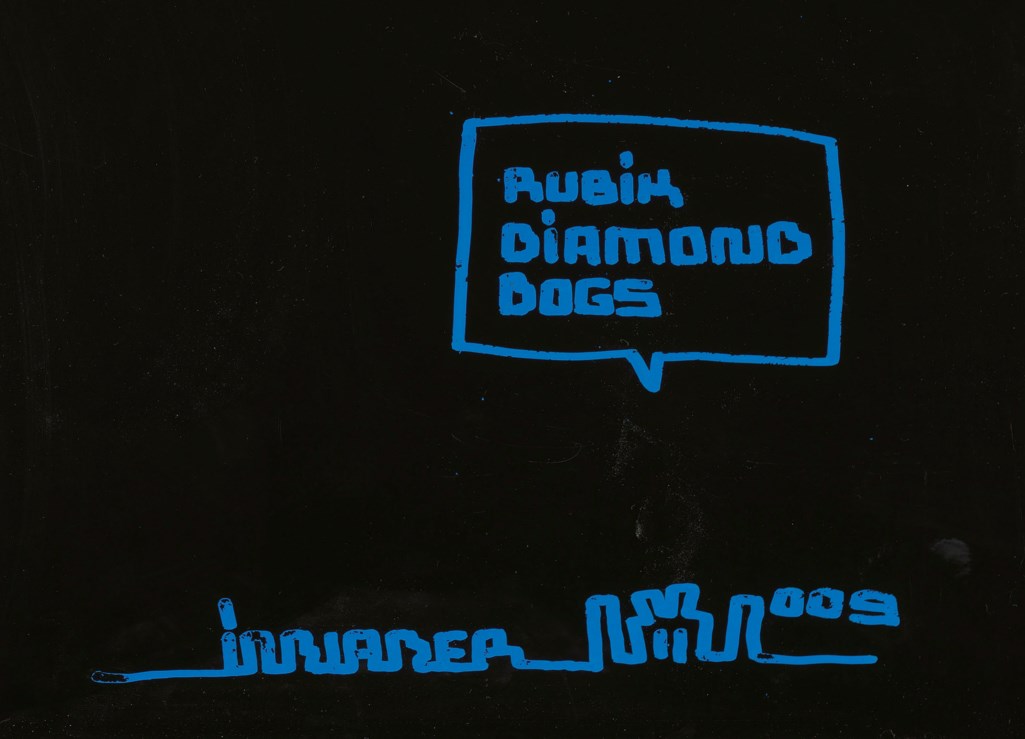 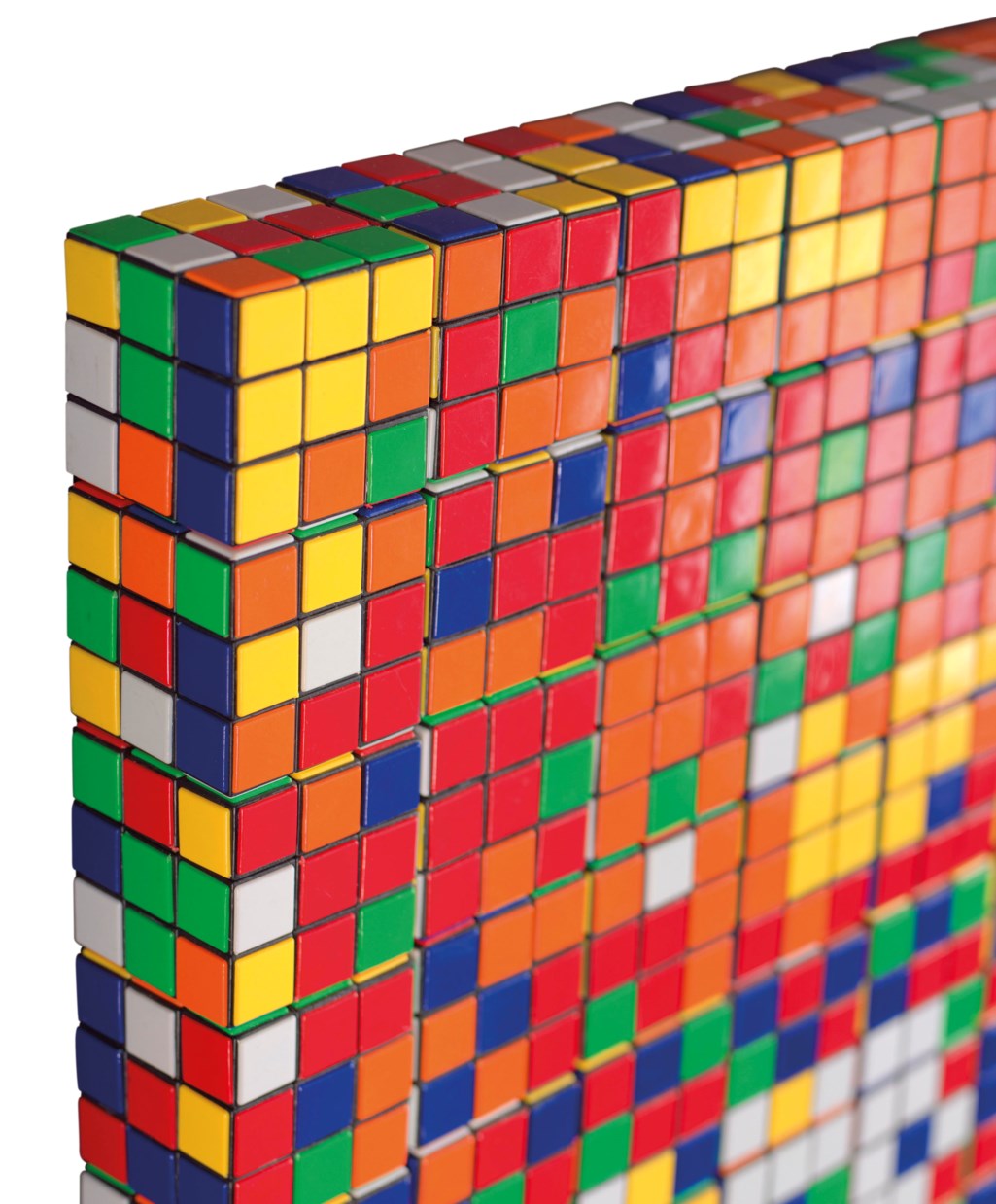 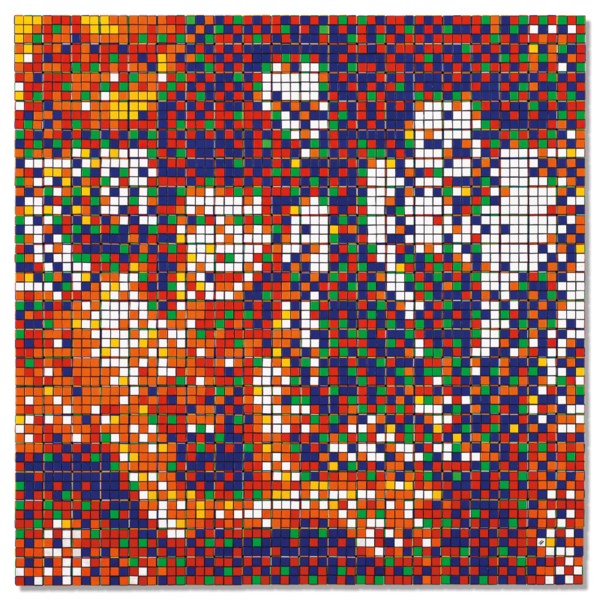 Lot 19
Invader (b. 1969)
Rubik Diamond Dogs
GBP 20,000 - GBP 30,000
A Christie's specialist may contact you to discuss this lot or to notify you if the condition changes prior to the sale.
View Report
The condition of lots can vary widely and the nature of the lots sold means that they are unlikely to be in a perfect condition. Lots are sold in the condition they are in at the time of sale.

The work is structurally sound and all elements appear to be present. There is minor wear to some of the faces of the Rubik's cubes in places. Subject to the above, it is our view that the work appears to be in generally very good condition.

Lazarides Inc., London.
Acquired from the above by the present owner in 2009.

‘…With these pieces… when we take a close look at them, we see most often a squared and abstract image made of Rubik’s cubes, but when we stand back or watch it from the screen of a mobile phone then it suddenly appears extremely sharp.’ - Invader

Executed in 2009, Rubik Diamond Dogs is a dynamic pixellation of David Bowie’s 1974 album ‘Diamond Dogs’, created by the anonymous French street artist Invader. Four hundred Rubik's cubes, each one twisted into a unique configuration, coalesce into a portrait of jarring rainbow colour. Inspired by the crude pixellation of 1970s and 1980s arcade games such as Space Invaders, from which he also took his alias, Invader has perfected a signature style, recreated in plastic children’s puzzles or the coloured tile motifs which are recognisable to every 21st-century city dweller. To install these works in urban centres, Invader relies on guerrilla tactics he refers to as ‘invasion waves’, situating his art in bursts across the city. In doing so, the seemingly autonomous images form a global network, linking together not only mosaic to mosaic, abandoned wall to derelict doorway, but also the cities themselves.
For his series Rubikcubism, the artist modernises and reconfigures the pointillist technique used by French post-Impressionists including Georges Seurat, tessellating the faces of cubes to recreate both celebrated paintings and classic album art. Key to his chosen motifs is their iconic cultural status; as the artist has commented on choosing the image for Rubik Diamond Dogs: ‘I think everyone likes David Bowie. This man is a living icon. He perfectly mastered his career and image. He is a great artist’ (Invader in conversation with N. Smirnoff, Art is Alive, 4 December 2009). Dissolving the images, icons and stars of contemporary society into a grid of low-fi physical pixels, Invader seeks to fix the constant information flow of digital society. As curator Jean Marc Avrilla has written, Invader ‘underscores the important transformation of our societies affected by information networks, while grounding his work in a material and human reality. He plays on the dematerialization of data by giving us work made using a time-honoured traditional technique’ (J. Avrilla, ‘Rubik Space’, Rubik Space, Galerie Patricia Dorfmann, Paris, 2005).