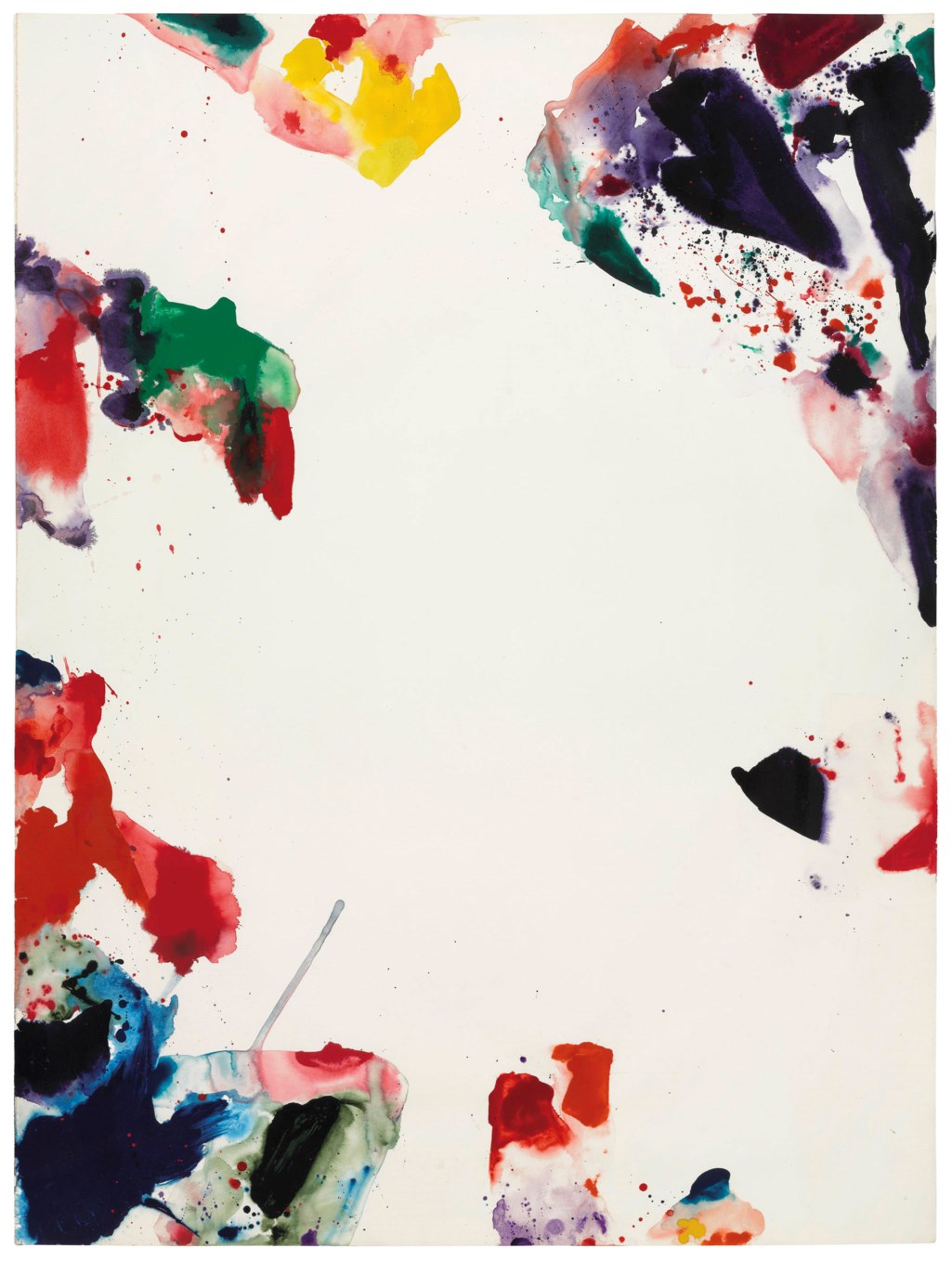 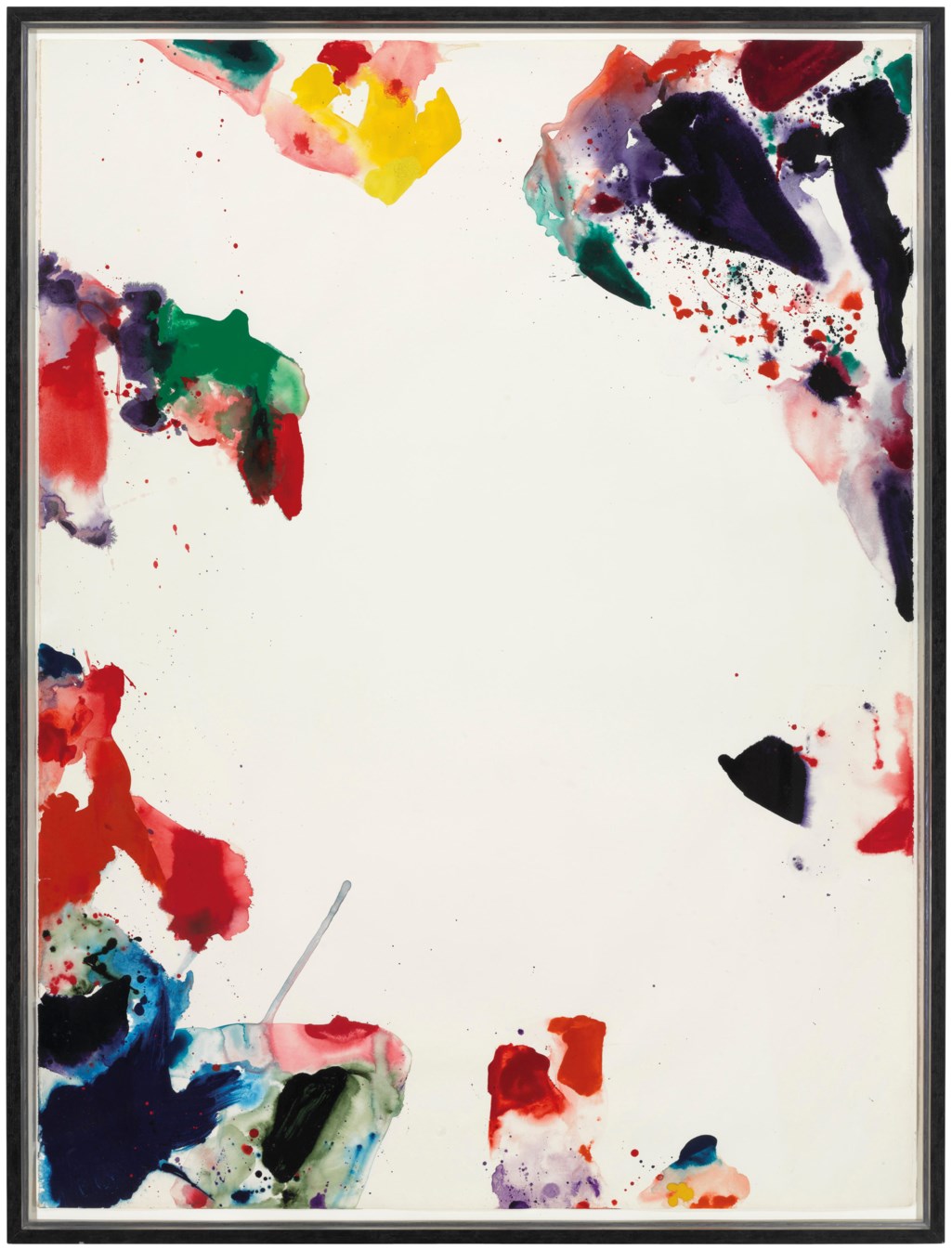 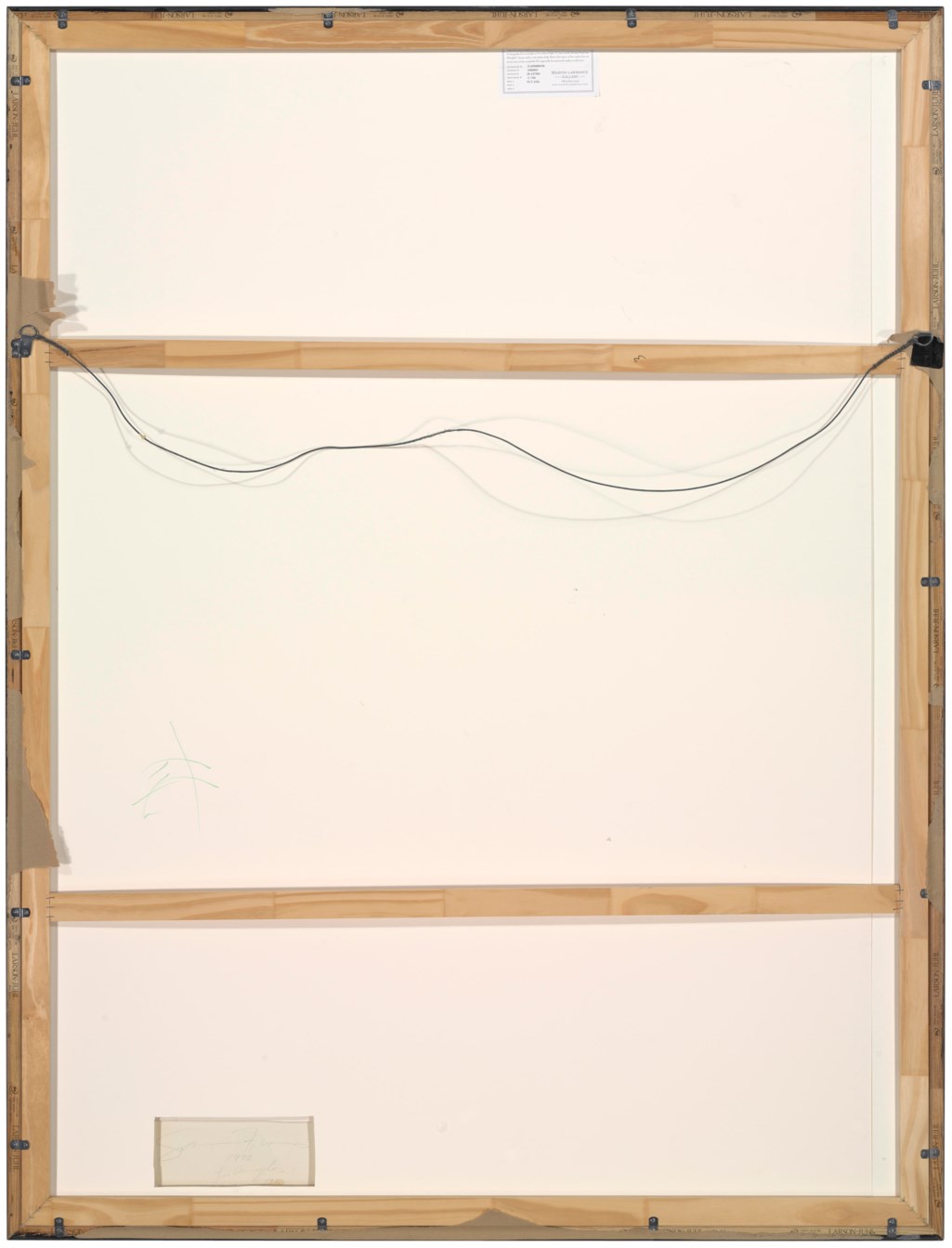 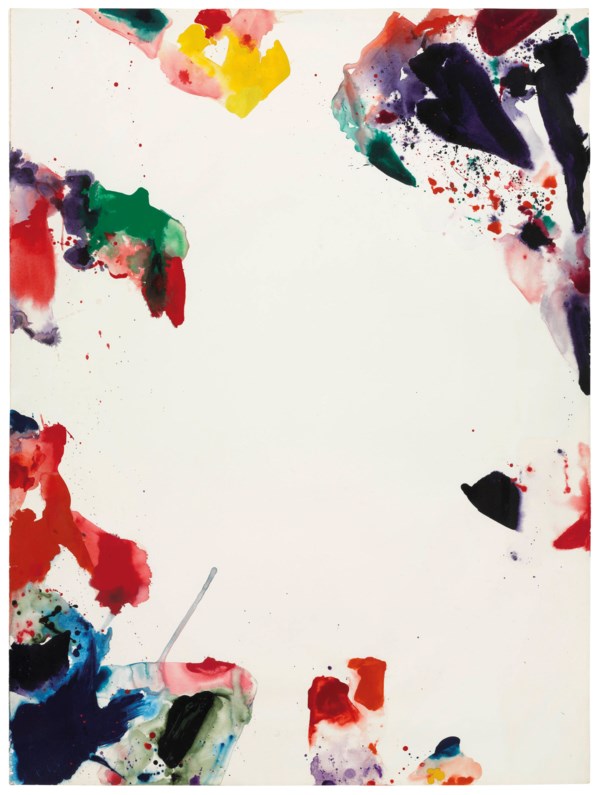 Lot 30
Sam Francis (1923-1994)
Untitled
GBP 40,000 - GBP 60,000
A Christie's specialist may contact you to discuss this lot or to notify you if the condition changes prior to the sale.
View Report
The condition of lots can vary widely and the nature of the lots sold means that they are unlikely to be in a perfect condition. Lots are sold in the condition they are in at the time of sale.

‘I am fascinated by gravity. I like to fly, to soar, to float like a cloud, but I am tied down to place… Painting is a way in and out.’
–Sam Francis

Sam Francis’s lush work on paper Untitled, 1970 suggests a boundless, kaleidoscopic space where jewel-tones orbit a vast white expanse. Loosely spiralled around the centre are large splashes of red, purple, navy blue and translucent green. At the top, a yellow daub glows like a sun. Francis’s colours have a luxurious chromatic intensity. To achieve his effect, he layered thin coats of acrylic paint to create rich tones while still maintaining a watercolour-like delicacy. As Francis wrote, ‘Colour is light on fire. Each colour is the result of burning, for each substance burns with a particular colour’ (S. Francis quoted in J. Butterfield, Sam Francis, exh. cat., Los Angeles, 1980, pp. 9-10).Indeed, Untitled shimmers like the sea’s surface, a sublime dance of light on water.

Untitled presents a shift away from Francis’s paintings of the late 1960s; these compositions were dominated by a large, forceful white which threatens to overtake the narrow muted strip of a boarder. Instead of a hard edge, Untitled is softer and less rigid, the colours and the white coexisting harmoniously. The work possesses what curator Peter Selz called ‘an area of silence…characterized by a unique weightlessness’ perhaps resulting from its vertical orientation (P. Selz, Sam Francis, New York, Inc., 1975, p. 103). Like the ocean’s tides, the colours and white ebb and flow evenly, balanced forces united on paper.
Post Lot Text
This work is identified with the interim identification number of SF70-117A in consideration for the forthcoming Sam Francis: Catalogue Raisonné of Unique Works on Paper. This information is subject to change as scholarship continues by the Sam Francis Foundation.

This lot has been imported from outside the EU for sale and placed under the Temporary Admission regime.
Import VAT is payable (at 5%) on the hammer price. VAT at 20% will be added to the buyer’s premium but will not be shown separately on the invoice. Please see Conditions of Sale for further information.

These lots have been imported from outside the EU for sale using a Temporary Import regime. Import VAT is payable (at 5%) on the Hammer price. VAT is also payable (at 20%) on the buyer’s Premium on a VAT inclusive basis. When a buyer of such a lot has registered an EU address but wishes to export the lot or complete the import into another EU country, he must advise Christie's immediately after the auction.