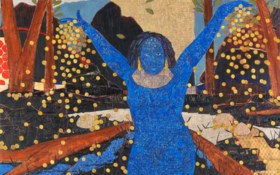 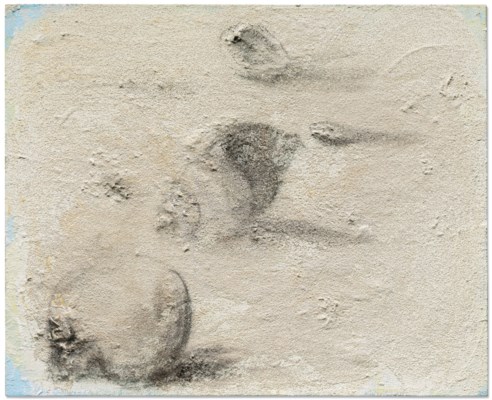 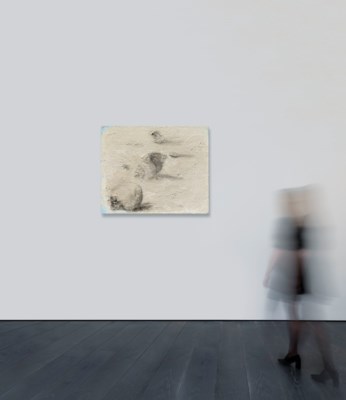 Lot 30
MIQUEL BARCELÓ (b. 1957)
PRSPCTV
GBP 50,000 - GBP 70,000
A Christie's specialist may contact you to discuss this lot or to notify you if the condition changes prior to the sale.
View Report
The condition of lots can vary widely and the nature of the lots sold means that they are unlikely to be in a perfect condition. Lots are sold in the condition they are in at the time of sale.

The canvas, stretcher and attachments appear to be in generally good condition. When examined under ultraviolet light there is no indication of any inpainting. It is our view that the work appears to be in very good condition.

Galerie Bruno Bischofberger, Zurich.
Acquired from the above by the present owner.

Barceló was deeply influenced by his extensive travels during the ‘80s, none more so than in West Africa, where he frequently returned to live for long stints of time. Here he could reflect on the slow-paced passing of time under harsh desert conditions, blinding sunlight, and barren, rocky landscapes. Enchanted by such extremities of circumstance, he noted how ‘The light in the desert is so intense that things disappear, and the shadows are more intense than the things themselves’ (M. Barceló quoted in Miquel Barceló: Obra sobre papel 1979-1999, exh. cat., Madrid 1999, p. iv).

With its subtly variegated tones and thoughtfully textured surface, there is a dream-like tranquillity to Barceló’s works; the poetic flow of time and memory. Engaging the viewer through a powerful physicality of richly textured surface, Barceló combines oil paint with organic matter to present a visceral world that speaks to our most raw and primal instincts. The artist has been known to use rice, almonds, beans, and volcanic ash mixed with paint to create irregularities in the surface that speak to both his desert muse and the archaeological articles that make up his subject matter.

These lots have been imported from outside the EU or, if the UK has withdrawn from the EU without an agreed transition deal, from outside of the UK for sale and placed under the Temporary Admission regime. Import VAT is payable at 5% on the hammer price. VAT at 20% will be added to the buyer’s premium but will not be shown separately on our invoice.