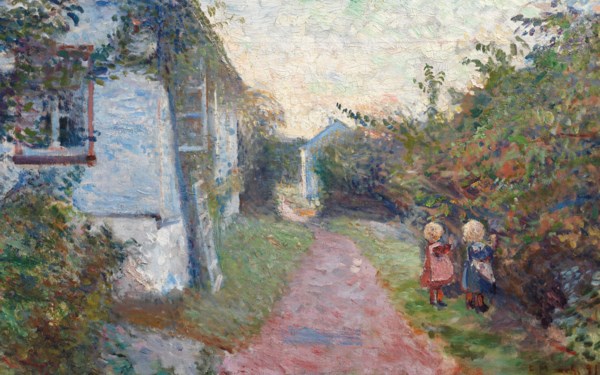 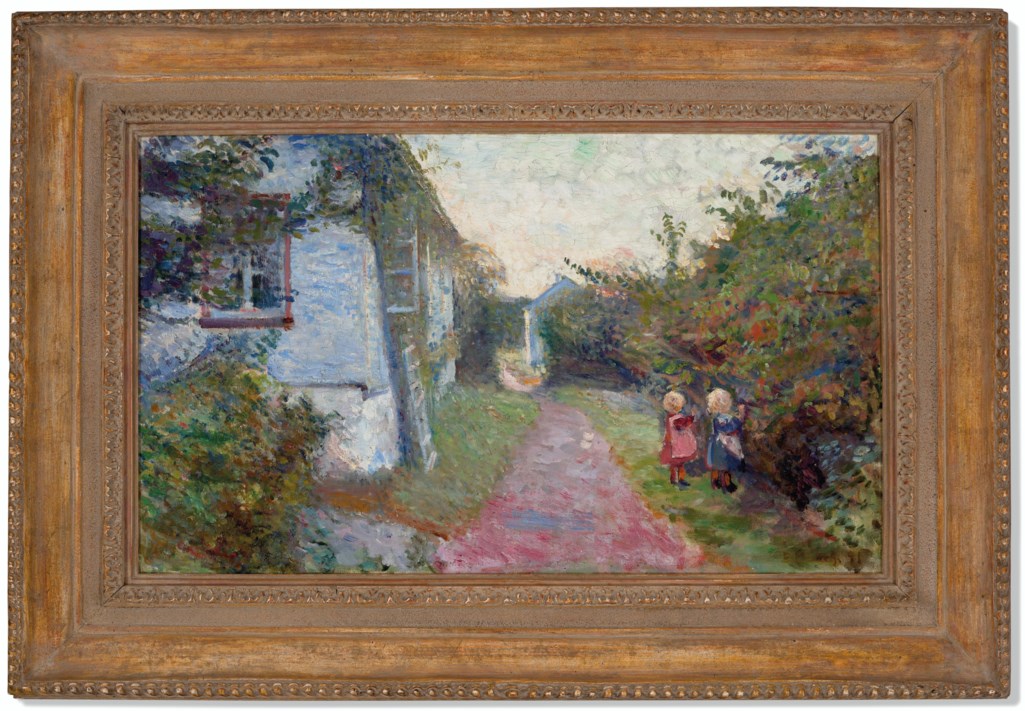 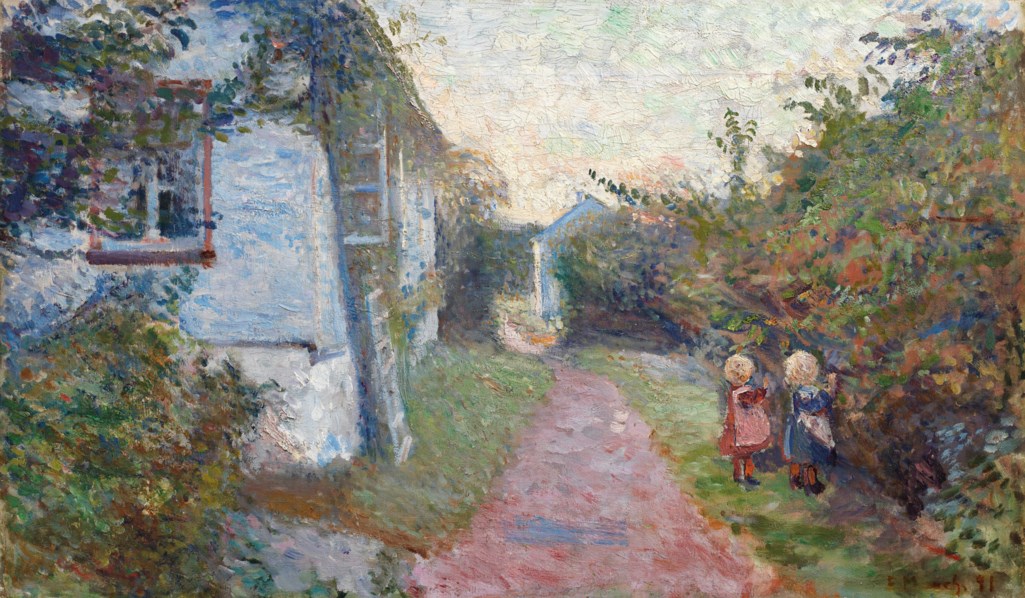 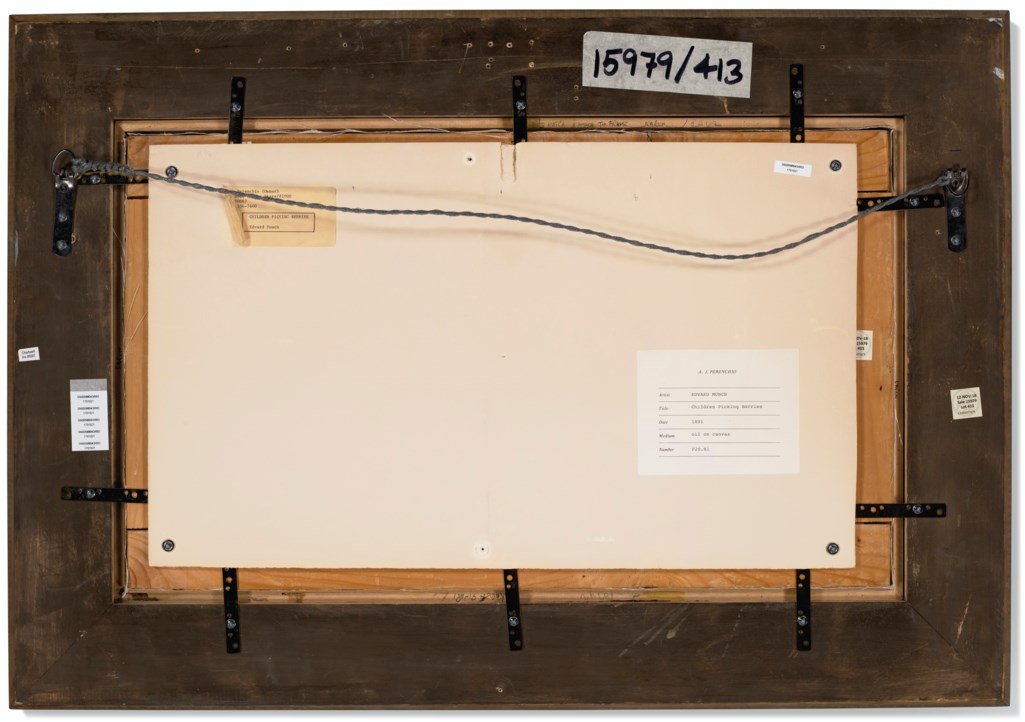 Previous Next
Lot 9 PROPERTY FROM THE COLLECTION OF A. JERROLD PERENCHIO
Edvard Munch (1863-1944)
Sommeraften i Åsgårdstrand
Estimate: USD 200,000 - USD 300,000
Condition report
Place your bid
Cost calculator
Or set your maximum bid below: 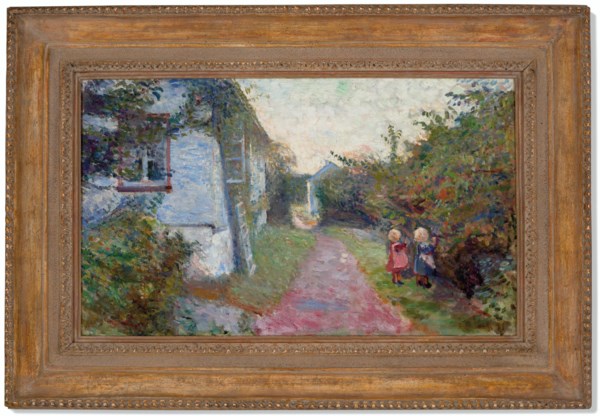 Lot 9
Edvard Munch (1863-1944)
Sommeraften i Åsgårdstrand
USD 200,000 - USD 300,000
A Christie's specialist may contact you to discuss this lot or to notify you if the condition changes prior to the sale.
View Report
The condition of lots can vary widely and the nature of the lots sold means that they are unlikely to be in a perfect condition. Lots are sold in the condition they are in at the time of sale.

Conrad and Margrethe Langaard, Oslo.
May Skyberg, Oslo (by descent from the above); sale, Sotheby Parke Bernet & Co., London, 2 December 1981, lot 34.
Acquired at the above sale by the late owner.

In October 1889, aged twenty-five, Munch left his native Norway for an extended stay in France, supported by an artist’s grant from the Norwegian State. The terms of his bursary stipulated that he enroll in a traditional art school, but he lasted only a few weeks in Léon Bonnat’s studio before storming out during a dispute over color. Instead, for the next two and a half years, Munch steeped himself in French modernism, returning home only for summer holidays. He absorbed the plein air ethos of Impressionism at the Galeries Durand-Ruel and Georges Petit; at the Salon des Indépendants, he encountered the latest work of Georges Seurat, Paul Signac, Henri de Toulouse-Lautrec, and Vincent van Gogh. He may even have caught the tail end of the Volpini Exhibition, which introduced the pioneering synthetist manner of Paul Gauguin and his circle to a wider public. Having come of age in the naturalist tradition, Munch now embarked upon a period of intense artistic experimentation, oscillating among the various painting styles of the French vanguard as if trying each on for size.

The present painting dates to summer 1891, which Munch spent at the seaside resort of Åsgårdstrand. The artist’s closest companions there were his first teacher Christian Krohg, a realist painter and a fixture of the Kristiania-Bohème, along with Krohg’s wife Oda; the youngsters in the present scene, shown picking berries, may be the Krohgs’ two-year-old son Per—Munch was his godfather—and a friend. The theme of children in a garden was popular among the French Impressionists; Claude Monet, Camille Pissarro, and Berthe Morisot had all painted their own offspring in this way, exploring a safely enclosed, outdoor haven with a child’s natural sense of wonder. Munch demonstrated an Impressionist’s sensitivity to light as well in this early-evening vignette, capturing the last rays of sun as they illuminate the bend in the path. The impact of Divisionism is felt principally in the heightened color contrasts, particularly the pairing of complementary hues—red against green, blue against orange—on the right side of the canvas.

The quiet charm of this plein air scene stands in marked opposition to the artist’s own psychic distress during the summer of 1891. Oda Krohg’s ongoing affair at Åsgårdstrand with the writer Jappe Nillsen brought back for Munch excruciatingly painful memories of his own earlier liaison with a married woman, Millie Thaulow, which had left him jealous and humiliated. In the present canvas, only the deepening violet shadows hint at Munch’s profound melancholia, which he assuaged throughout the summer with copious doses of absinthe, brandy, and champagne.