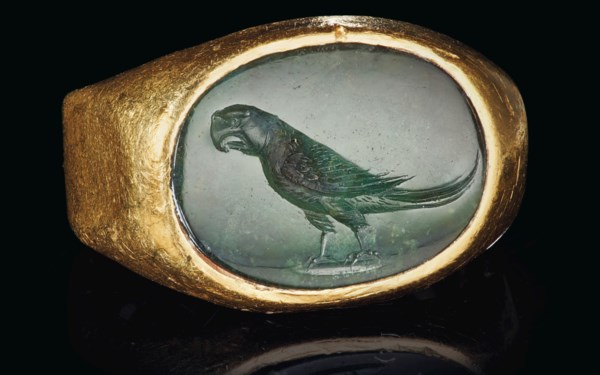 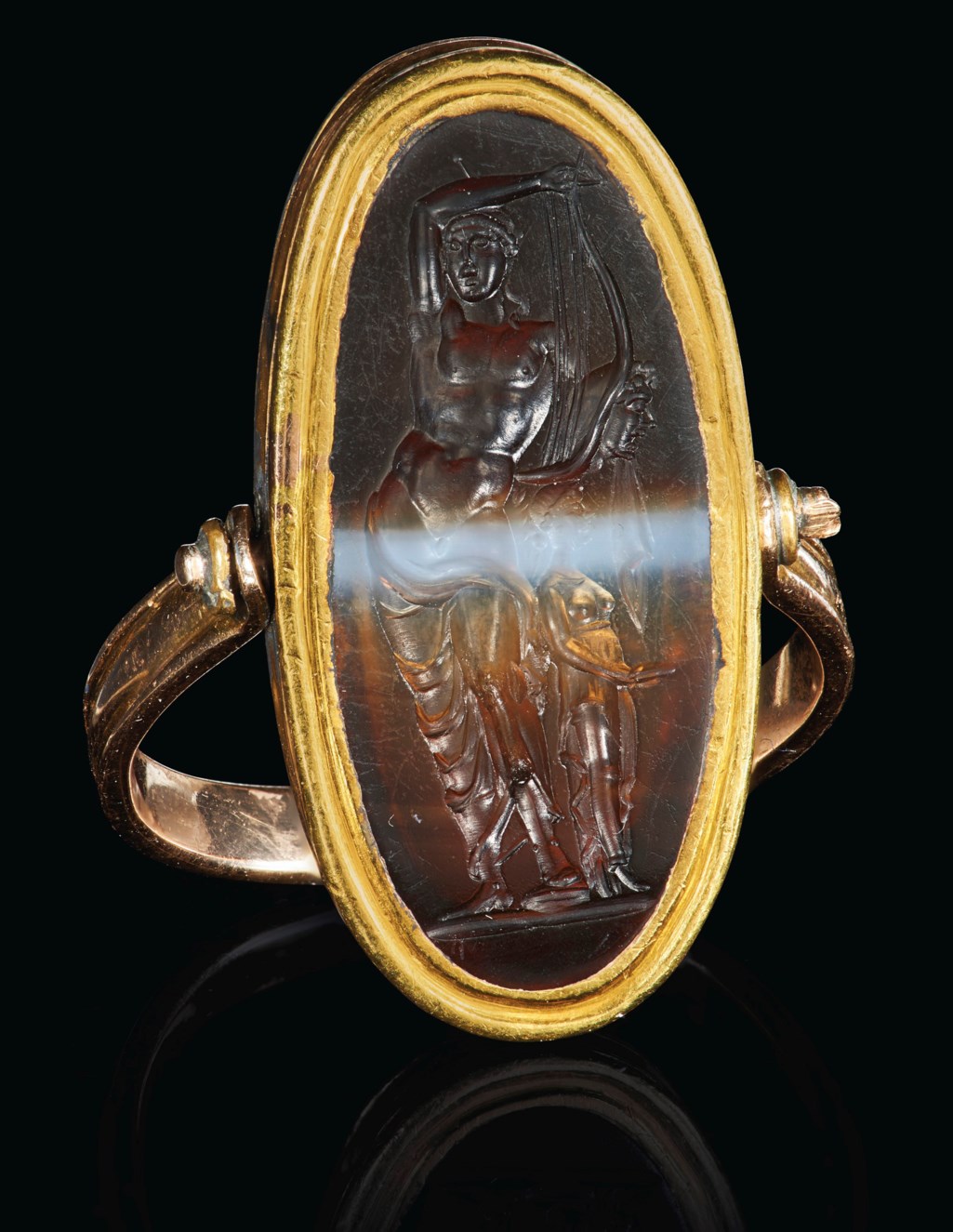 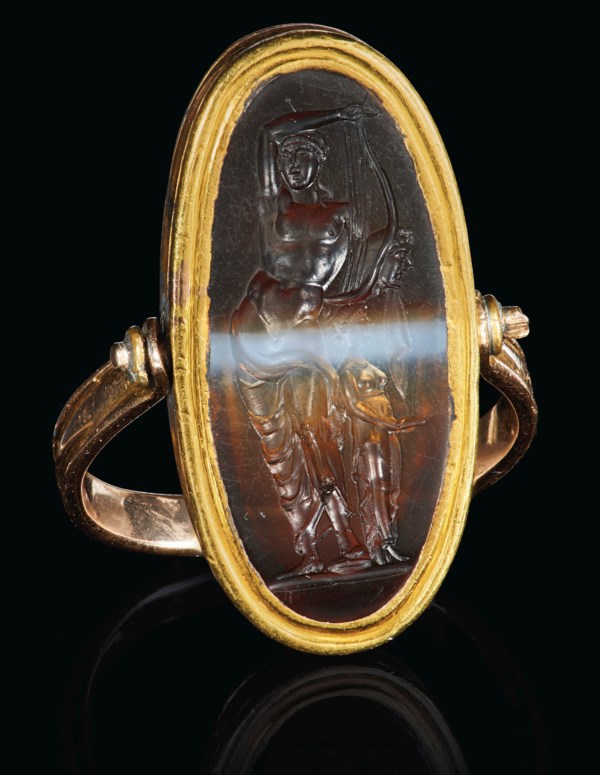 Lot 213
AN ITALIC BANDED AGATE RINGSTONE WITH APOLLO
CIRCA 2ND-1ST CENTURY B.C.
USD 6,000 - USD 8,000
A Christie's specialist may contact you to discuss this lot or to notify you if the condition changes prior to the sale.
View Report
The condition of lots can vary widely and the nature of the lots sold means that they are unlikely to be in a perfect condition. Lots are sold in the condition they are in at the time of sale.

Intact, minor surface scratches; the gold swivel pin with a lead(?) repair at one end.

Engraved on this long flat oval stone is a sensual Apollo with his lyre. The god is depicted frontally, standing on a short groundline, nude but for a mantle draped around his legs and forearm. He holds the instrument in one hand, which rests atop a small female statue depicted in profile, holding a phiale in her hands. His other arm is bent over his head, a plectrum in his hand, stabilizing the instrument. The soundbox of the lyre is ornamented with a profile mask, its mouth open, with drapery from Apollo’s mantle extending below. The stone is mounted as a swivel ring in an 18th/19th century gold setting.
This Apollo is a version of a well-known statue type of the Hellenistic period, the most famous of which is the example from Cyrene, now in the British Museum (fig. 679 in M. Bieber, The Sculpture of the Hellenistic Age). The gem differs from the marble statue in terms of the instrument, a lyre instead of a kithara, and also by the presence of the small female statue as the support. For a carnelian ringstone with the same combination of details, although with a less well-defined soundbox mask, see the example in The Metropolitan Museum of Art, no. 72 in G.M.A. Richter, Engraved Gems of the Romans.