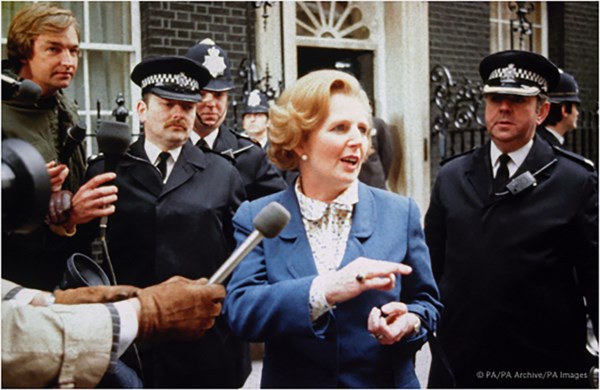 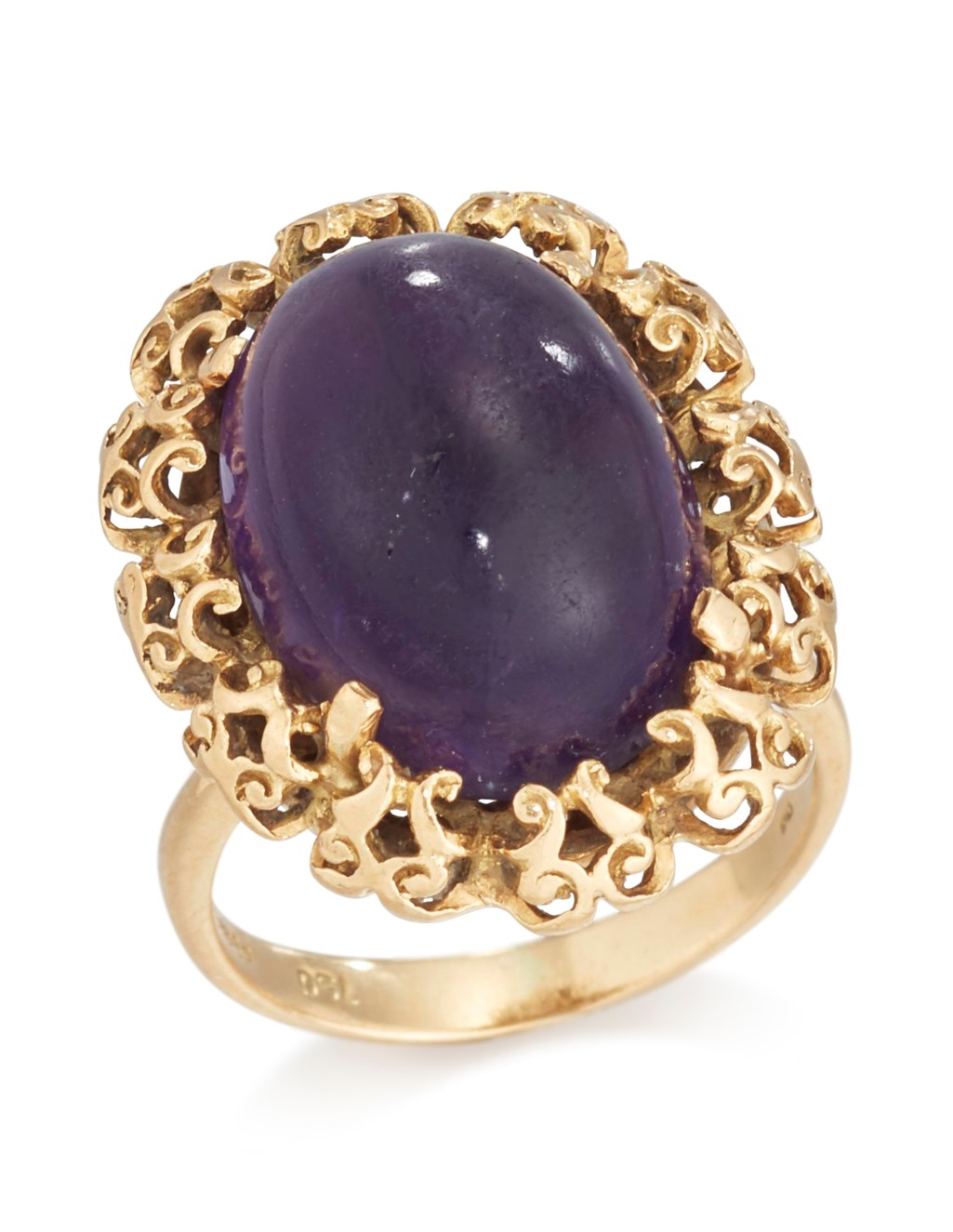 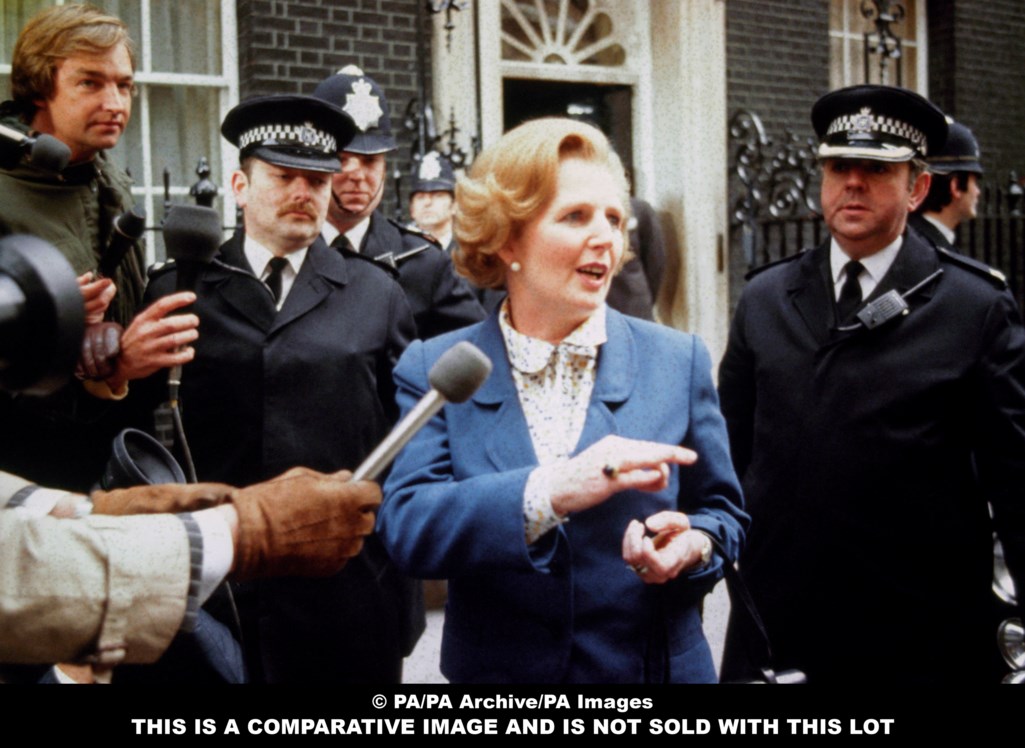 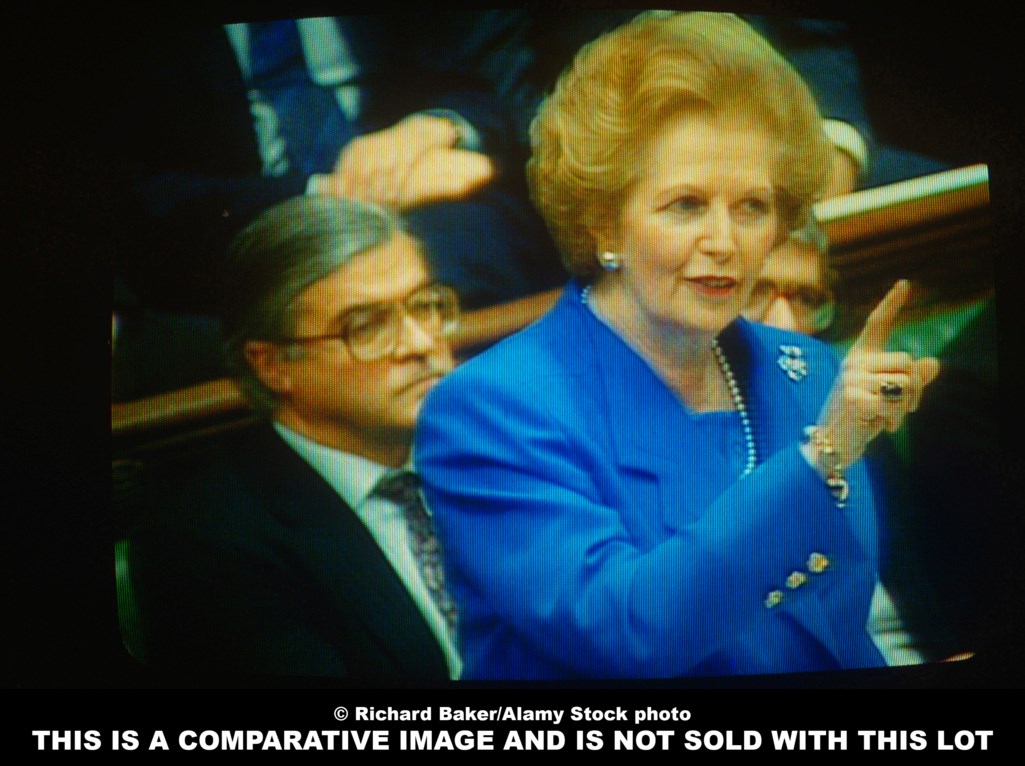 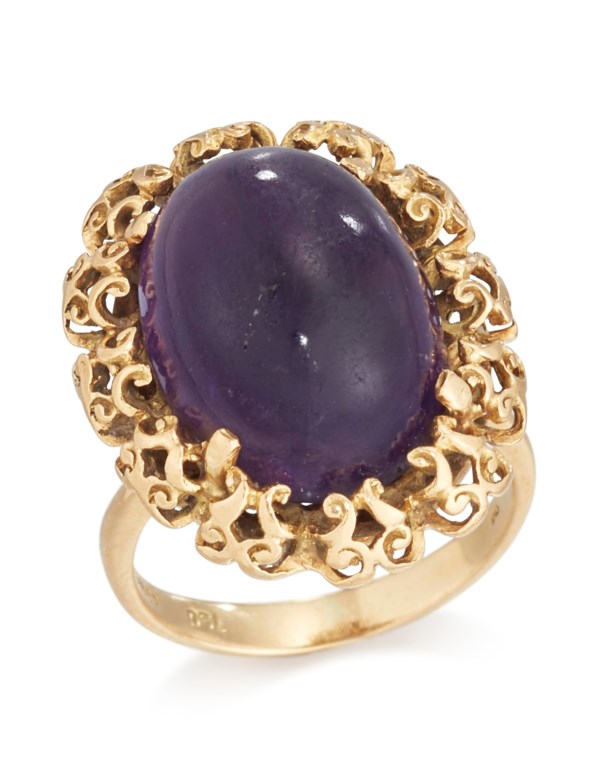 Lot 2
18 CARAT GOLD AND AMETHYST RING
London import mark, 1968
GBP 1,200 - GBP 1,800
A Christie's specialist may contact you to discuss this lot or to notify you if the condition changes prior to the sale.
View Report
The condition of lots can vary widely and the nature of the lots sold means that they are unlikely to be in a perfect condition. Lots are sold in the condition they are in at the time of sale.

Ring with signs of regular wear, decoration is worn smooth in places, general scratching and nicking to hoop throughout, hoop worn a little thinner at base;
Amethyst is a little loose in mount;
Amethyst with general abrasion and scratching, typical inclusions, some surface breaking, some small cavities;
Dimensions of amethyst approx. 17.14 x 12.05 x 8.17mm.

Mrs Thatcher can be seen wearing this ring as she waves on entering No. 10 Downing Street for the first time as Prime Minister on 4 May 1979.

Mrs Thatcher was rarely photographed without what has been coined as her 'uniform' jewellery, which comprised this ring and her treasured 'pebble' bracelet, which is also in this sale. Both were gifts from her beloved husband Denis, given to her in the late 1960s, and worn almost daily from then until the end of her life. Usually worn with a string of pearls, they appear in most photographs where her hands can be seen and this ring can be seen on Mrs Thatcher's finger whilst celebrating all three of her election victories as well as when shaking hands with Ronald Reagan, Michael Gorbachev and Nelson Mandela, to name but a few. She can also be seen wearing both the bracelet and this ring on many occasions at the dispatch box, including during her famous 1990 'No, No, No' speech and during her final Prime Minister's Questions, as well as on the day when she leaves number 10 for the last time as Prime Minister on 28 November 1990.

In short, this ring, alongside the 'pebble' bracelet, has been a silent witness to many significant political events, which have shaped modern Britain and the world beyond.