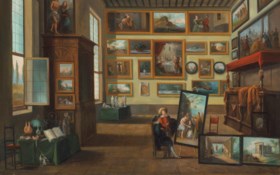 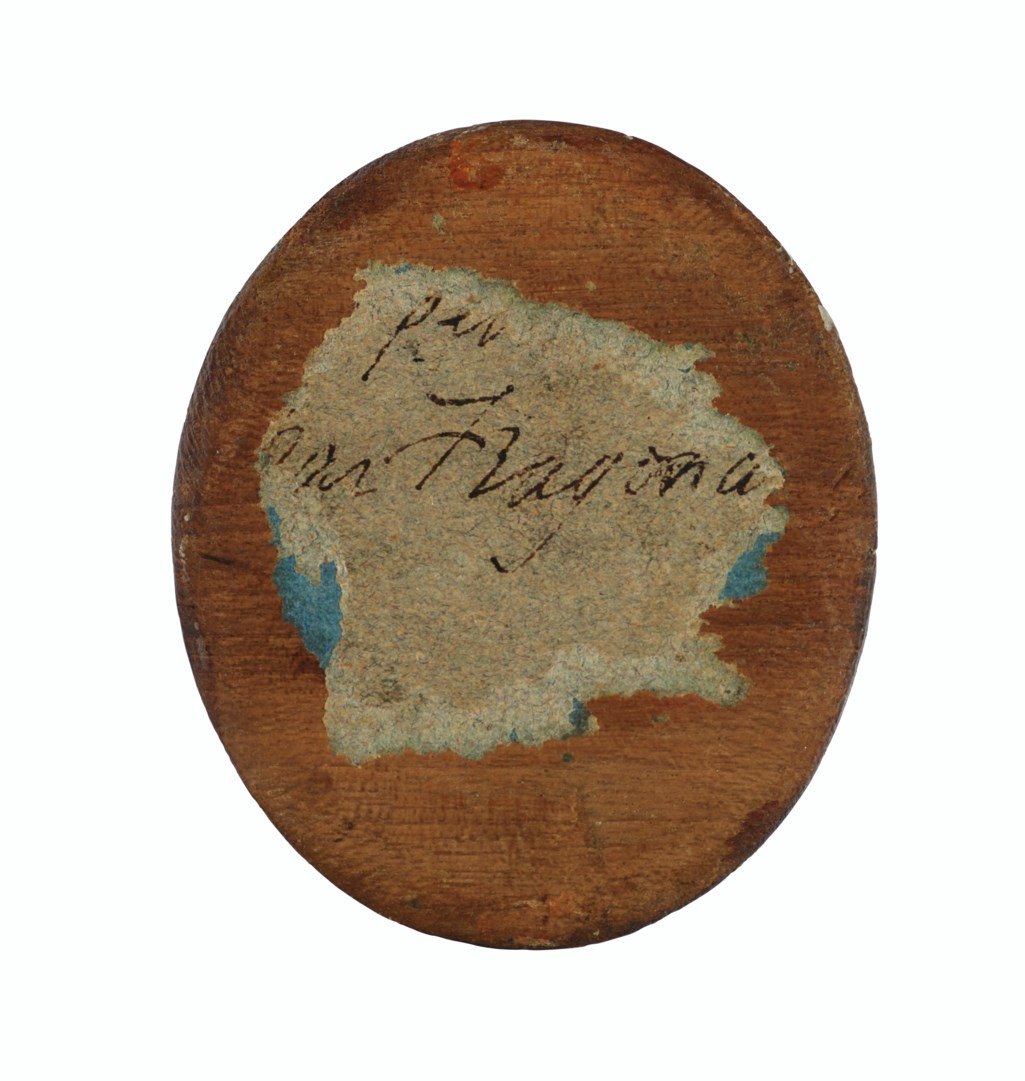 Lot 44
Jean-Honoré Fragonard (Grasse 1732-1806 Paris)
Portrait of a child, bust-length
USD 60,000 - USD 80,000
A Christie's specialist may contact you to discuss this lot or to notify you if the condition changes prior to the sale.
View Report
The condition of lots can vary widely and the nature of the lots sold means that they are unlikely to be in a perfect condition. Lots are sold in the condition they are in at the time of sale.

The panel is not reinforced on the reverse and bears an old inscription in ink on paper on the reverse. The paint is stable on the support and the varnish is clear under natural light. Under ultraviolet light, some scattered, pinhead-sized retouches fluoresce in the background. Overall, the painting is in lovely condition and should be displayed as is.

In 1780, Marie Anne Fragonard, wife of the great painter, gave birth to a son, Alexandre Evariste, in Grasse. Typically, the baby’s father was not present. (He had failed to attend the Christening of his beloved daughter Rosalie eleven years earlier.) Nevertheless, as a painter, Fragonard must have been captivated at having – once again – a growing, playful, inquisitive child to observe in his house (and studio). Beginning in the early 1780s he painted a handful of small portraits of children, usually boys, some of which almost certainly depict Alexandre Evariste – nicknamed Fanfan – himself.
This lively and expressive little portrait of a child is painted loosely and freely on a wooden panel, on which a slightly effaced inscription is affixed to the reverse. The inscription, in an eighteenth-century hand, identifies the painting as ‘par Fragona[…]’. Fragonard had a remarkable gift for conveying the spirit and vivacity of children, and the present painting is a lively and affectionate portrayal of a fair-haired child. The child appears to be a girl, although there was usually no distinction made in the clothes worn by boys and girls under the age of seven, making it nearly impossible to distinguish with certainty the gender of very young children in eighteenth-century paintings. Indeed, the child’s hat, which is trimmed in blue ribbon, is identical to that worn by the sitter in Fragonard’s famous portrait of a Boy as Pierrot (Wallace Collection, London), and both children have strikingly similar features and coloring suggesting that they might represent the same child, girl or boy, painted a few years apart.
Similar small-scale portraits of children from this decade include a ravishing little oval in the Huntington Library and Art Gallery, San Marino, in which a little boy wears a ‘Spanish’ ruff (see J.-P. Cuzin, Fragonard: Life and Work, New York, 1988, p. 331, no. 370, illustrated); an upright canvas depicting Fanfan at about six or seven, wearing a collar and plumed beret (see Cuzin, op. cit., p. 332, no. 372, illustrated); and a panel in the Cleveland Museum of Art (see Cuzin, op. cit., p. 334, no. 384, illustrated), in which he shed fancy dress and assumed the serious, self-conscious expression of a nine- or ten-year-old.
The present portrait is delightfully unsentimental: the child is bright eyed, alert and perhaps a little reticent. His (or her) clothes are painted with thick brushstrokes, summary and only loosely finished. His face and hair are more delicately painted with feathery, nervous strokes of cream and peach over a blue-gray undercoat, with touches of blue and white in his sparkling eyes.
Fragonard’s wife, Marie Anne, was herself a gifted miniaturist, and she made a number of very charming and competent miniatures (at least thirty appeared in different sales between 1778 and 1785), usually in watercolor and gouache on ivory, that replicate Fragonard’s own small-scale portraits of children. Indeed, a miniature by Marie Anne, based on the present painting but rectangular in format, was sold at auction at Palais Galliera, Paris, 3 December 1966, lot 7, as Jean-Honoré Fragonard (fig. 1). For all their charm and facility, Marie Anne’s miniatures are more superficially conceived than the paintings by Fragonard, lacking the solidity of form and sense of structure that is found in the originals on which they are based.
The present painting has an illustrious provenance. It was in the collection of Ernest Cronier (1850-1905), an industrialist and director of the sugar refinery Say, and figured as lot 9 in the sale of his collection, where it appeared with major paintings by Fragonard, notably one of the ‘Figures de Fantaisie’, La Liseuse (the preceding lot in the Cronier sale; National Gallery of Art, Washington) and Le Billet Doux (Metropolitan Museum of Art, New York).