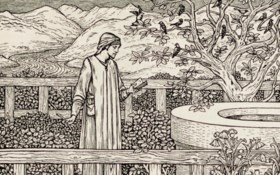 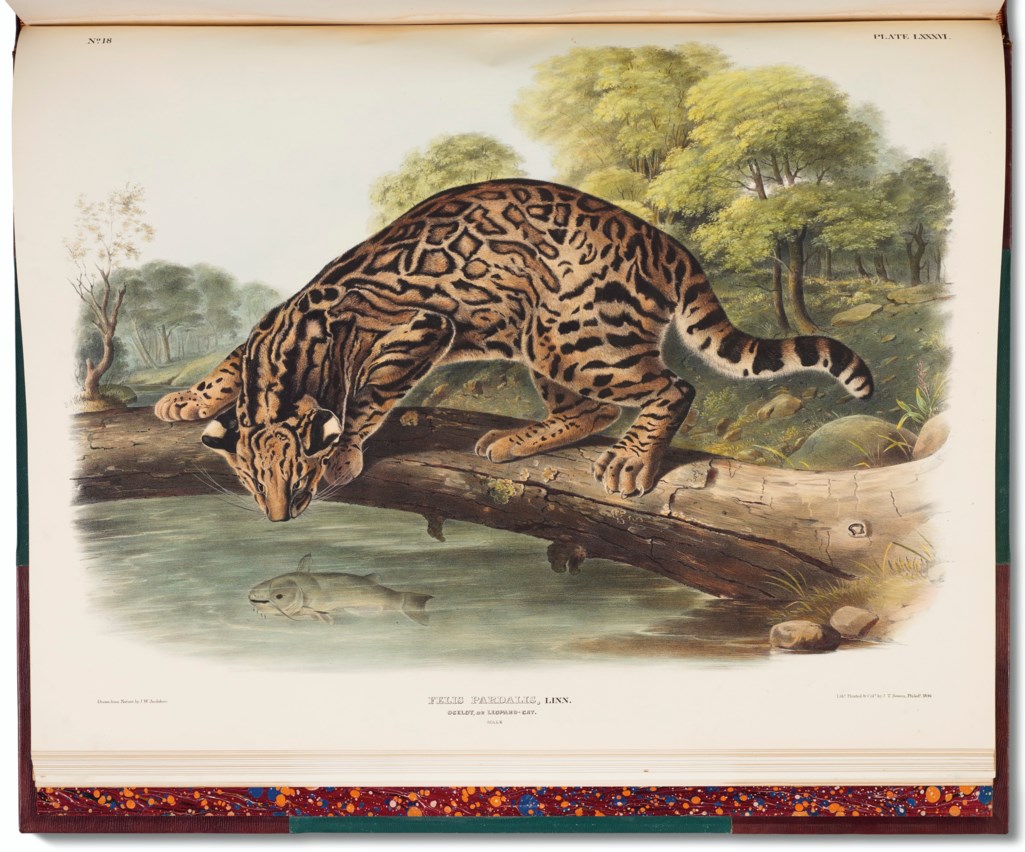 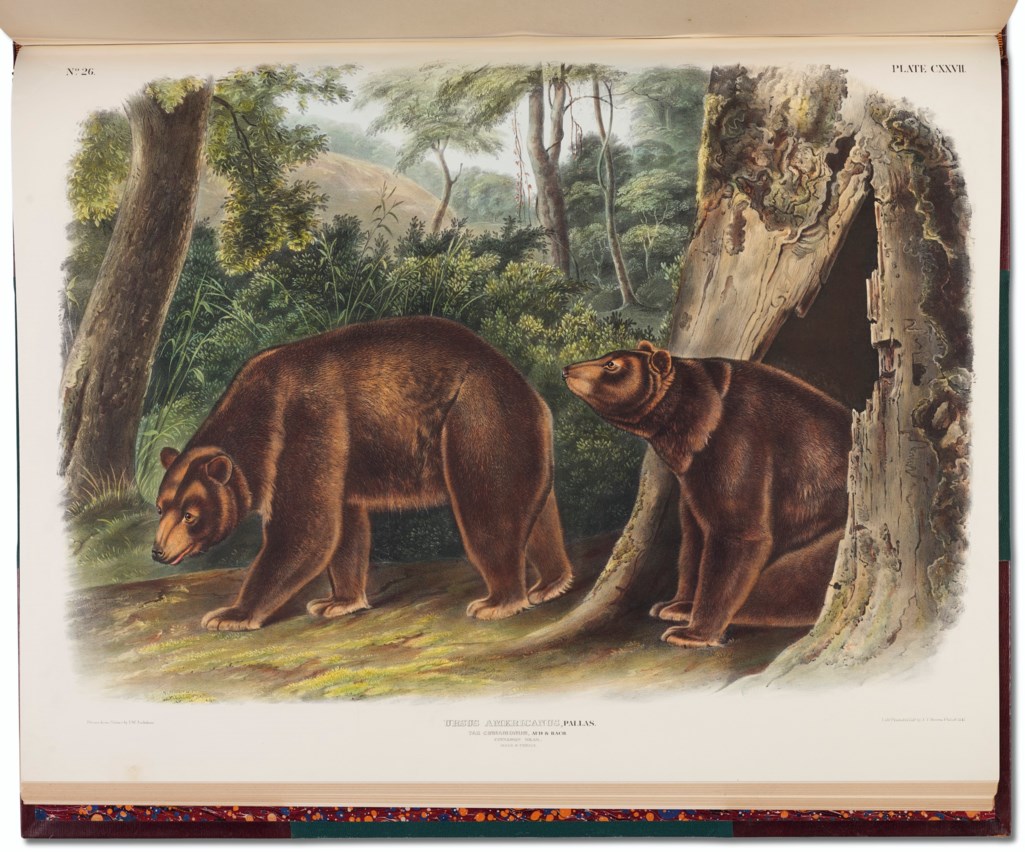 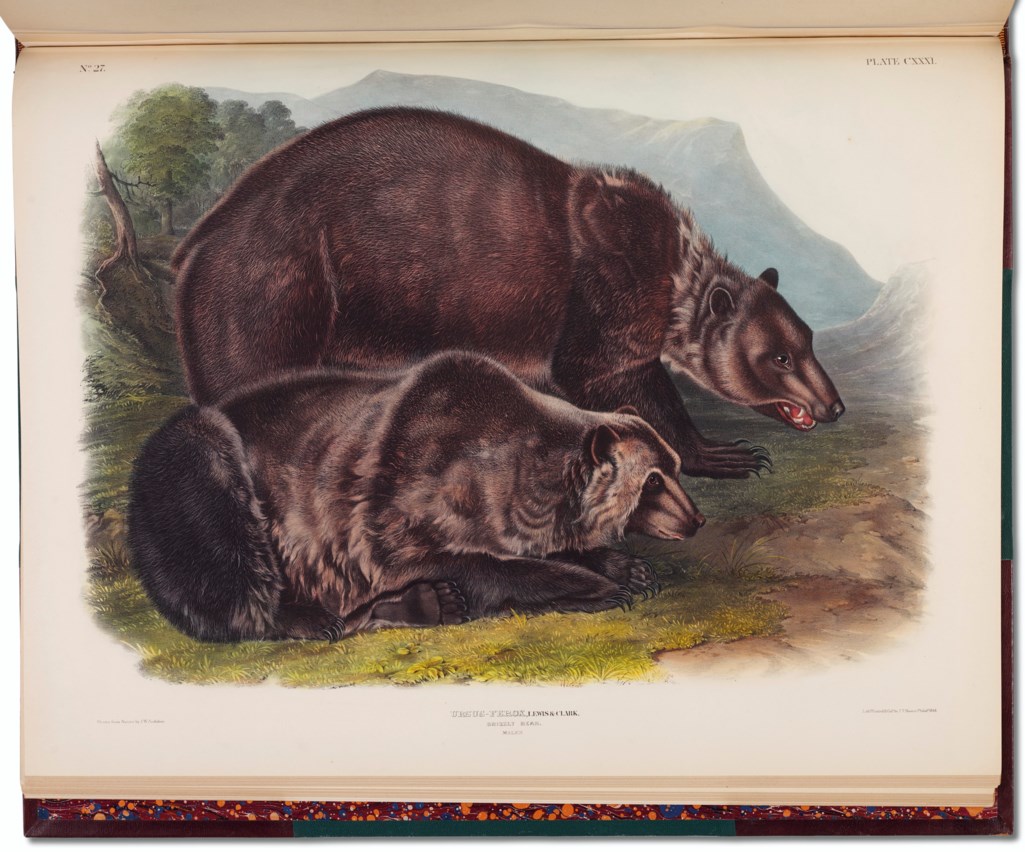 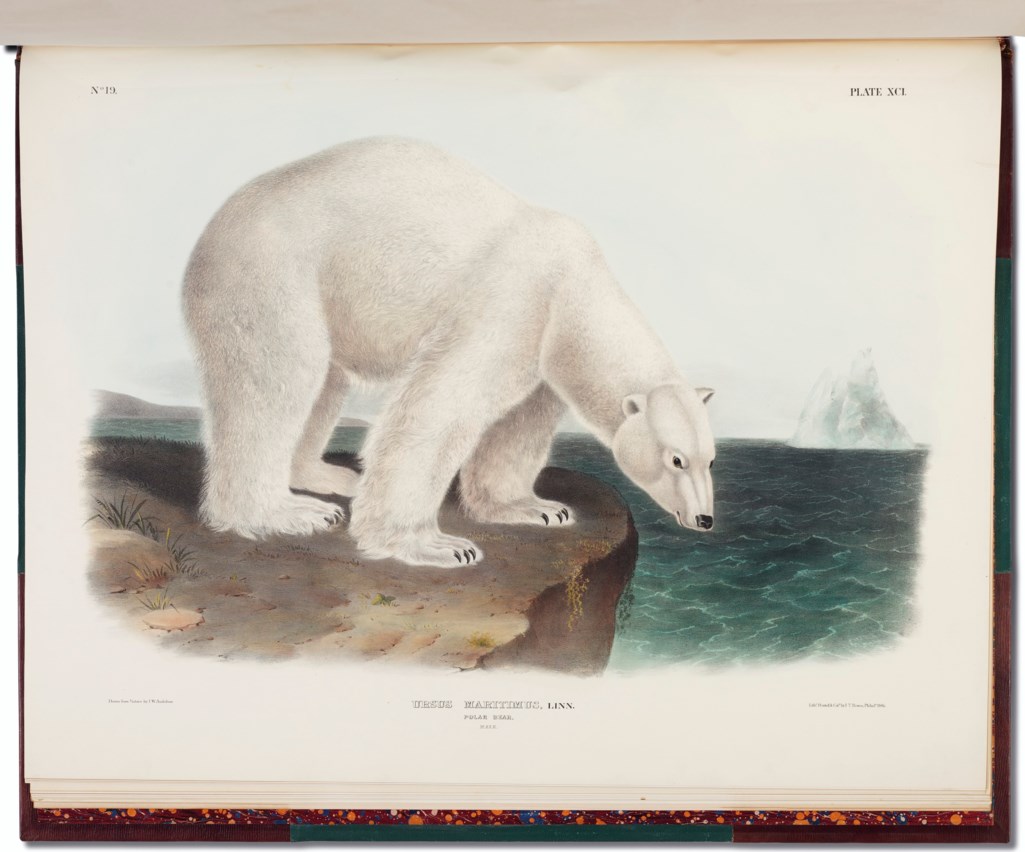 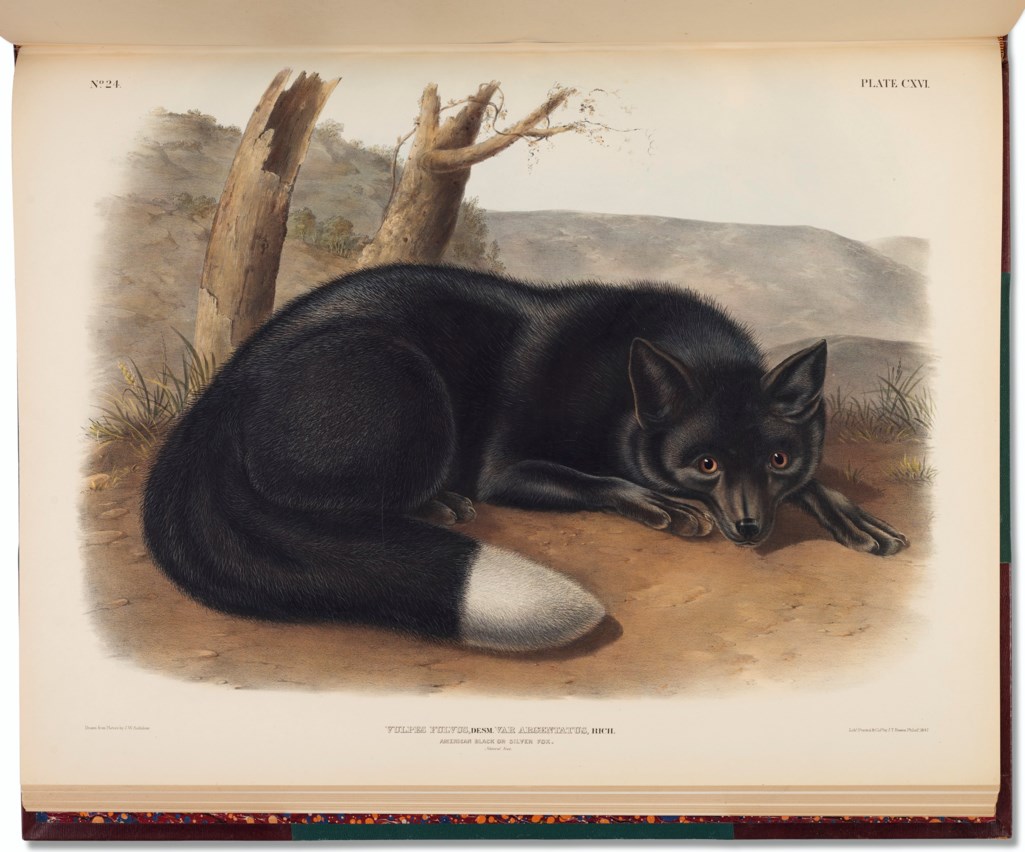 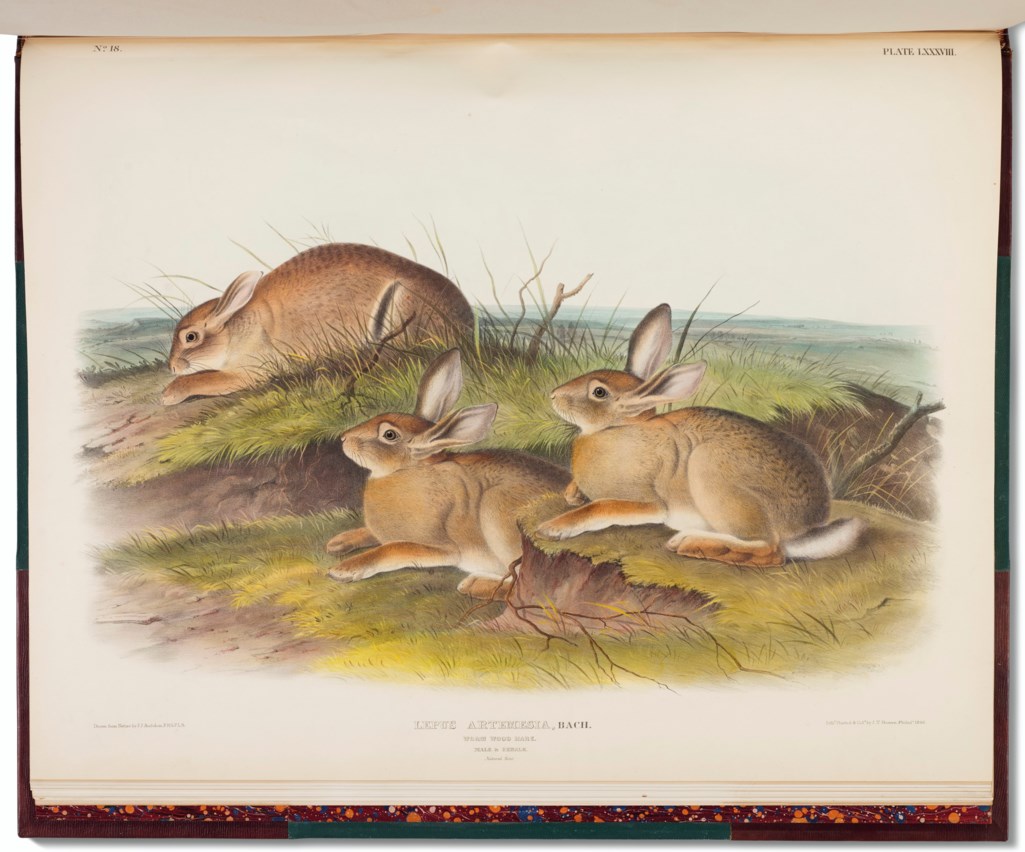 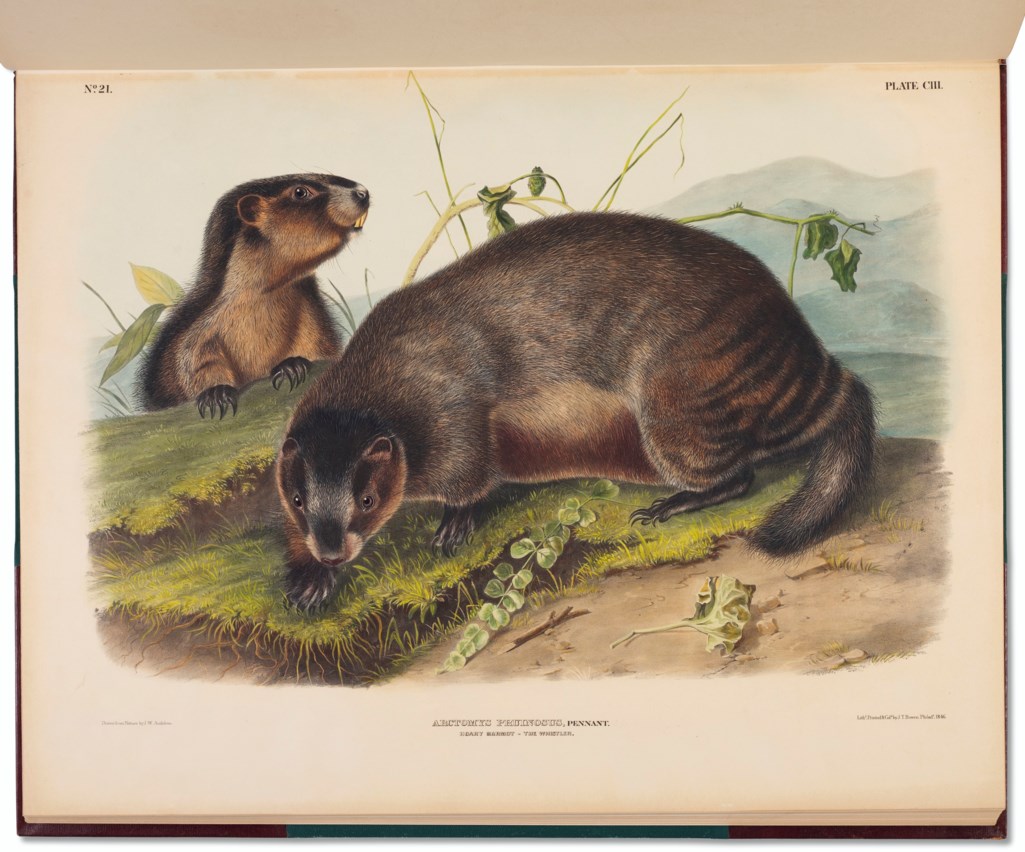 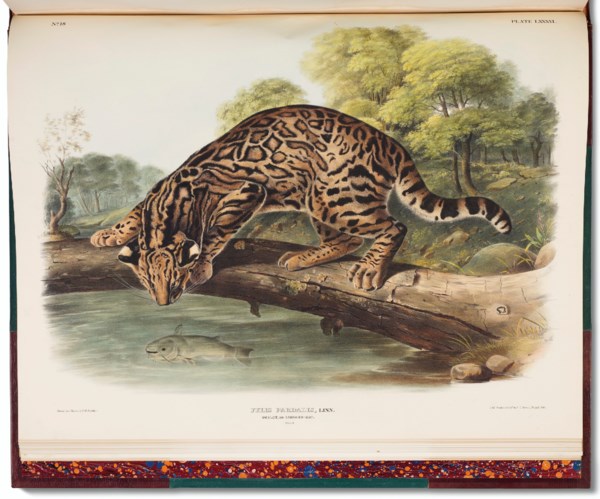 Lot 40
The Quadrupeds of North America
John James Audubon, 1845
USD 120,000 - USD 180,000
A Christie's specialist may contact you to discuss this lot or to notify you if the condition changes prior to the sale.
View Report
The condition of lots can vary widely and the nature of the lots sold means that they are unlikely to be in a perfect condition. Lots are sold in the condition they are in at the time of sale.

The first edition of Audubon’s folio Quadrupeds, the most ambitious of all color-plate books to be wholly produced in the United States. Audubon, the consummate woodsman and naturalist, made his first expedition across the Rockies to the Great Plains at the age of 58, in pursuit of mammals to draw for this edition. After an unsuccessful attempt to secure federal funding for his “Great Western Journey,” he determined that the commercial potential of the Quadrupeds was worth the risk to fund the expedition himself: “To render [the Quadrupeds] more complete, I will leave the comforts of my home and beloved family, bound to the Rocky Mountains … I cannot tell how long I may be absent, but look to return loaded up with knowledge, new and abundant specimens on the shot and not from stuffed museums’ moth-eaten remains. I am told that I am too old to undertake such a long and arduous journey, but I reply that having the will, I will no doubt safely bear or even surmount the difficulties” (letter to C. Bonaparte, Feb. 1843, quoted in Rhodes).

Audubon left St. Louis up the Missouri in April of 1843 along with a party of trappers and several Indians who had come to St. Louis for trade. Of the trappers, Audubon was astonished that their knowledge of animals was confined to useful furs only. However, Audubon enjoyed showing off his work and one of his party, the naturalist Edward Harris, reported that one viewer actually ran away from Audubon’s specimen lithograph of the woodchucks, exclaiming that they were alive. After about 1000 miles, the party finally reached the prairie and a paradise of wildlife: elk, deer, bear, and wolves in plenty and buffalo by the thousands. Audubon was fascinated by the large animals. On his return home, he was soon in declining health and left many of the smaller mammals for his son, John Woodhouse, to draw. A little over half the animals are after John James Audubon, the remainder after his son, and the backgrounds are after his youngest, Victor Gifford, who also oversaw the printing and publication. It took the closely-knit Audubon family five years to publish the 150 plates, for which there were three hundred subscribers. The lithographer was J.T. Bowen to whom the Audubons were also entrusting the octavo edition of the Birds. The Quadrupeds was the most successful large color-plate book to be produced in America in the 19th century. Bennett, p. 5; McGill/Wood, p.208; Nissen ZBI 162; Reese 36; Sabin 2367. See Rhodes, John James Audubon: The Making of an American, 2004, pp. 417 ff.