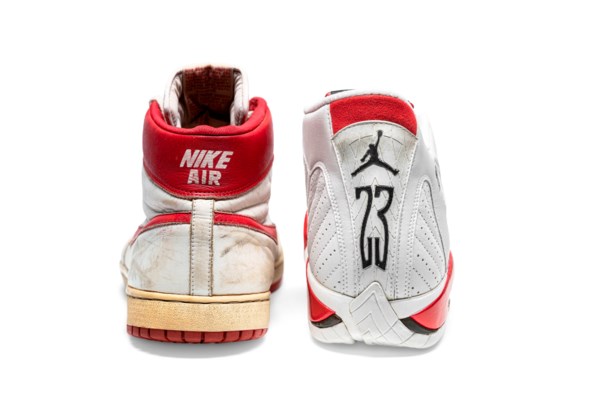 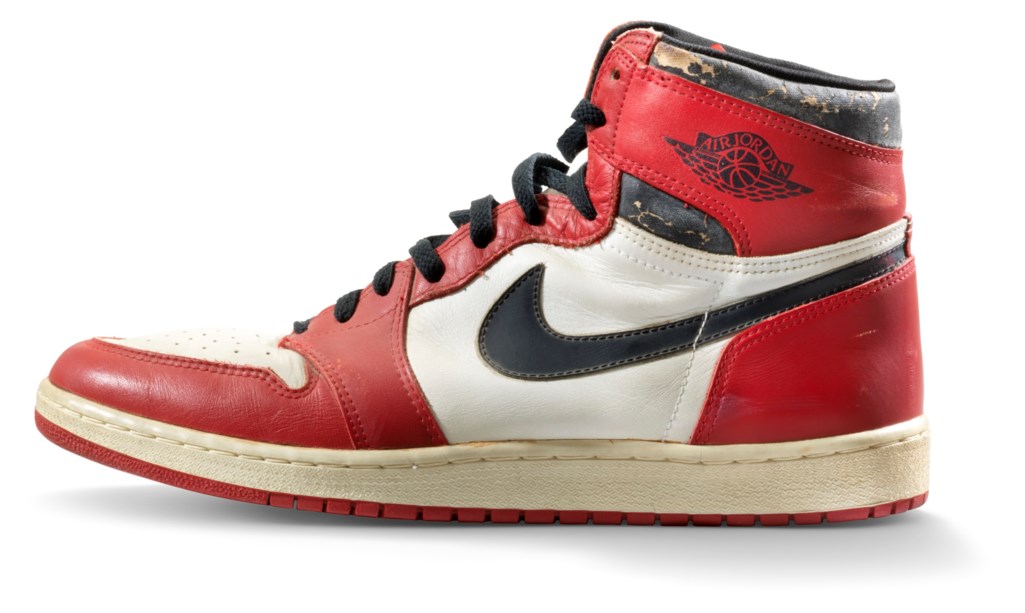 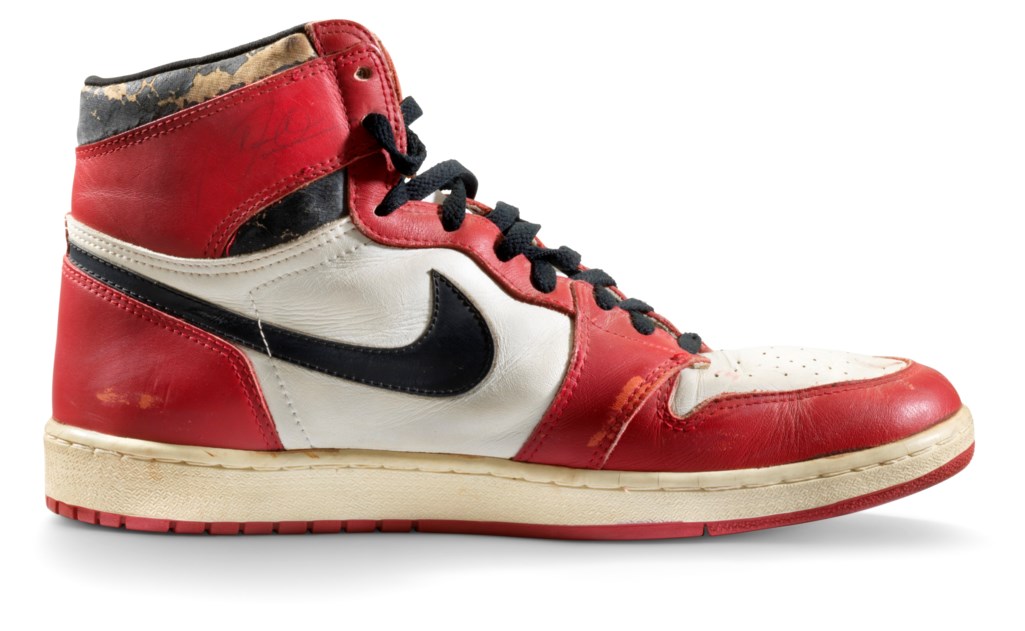 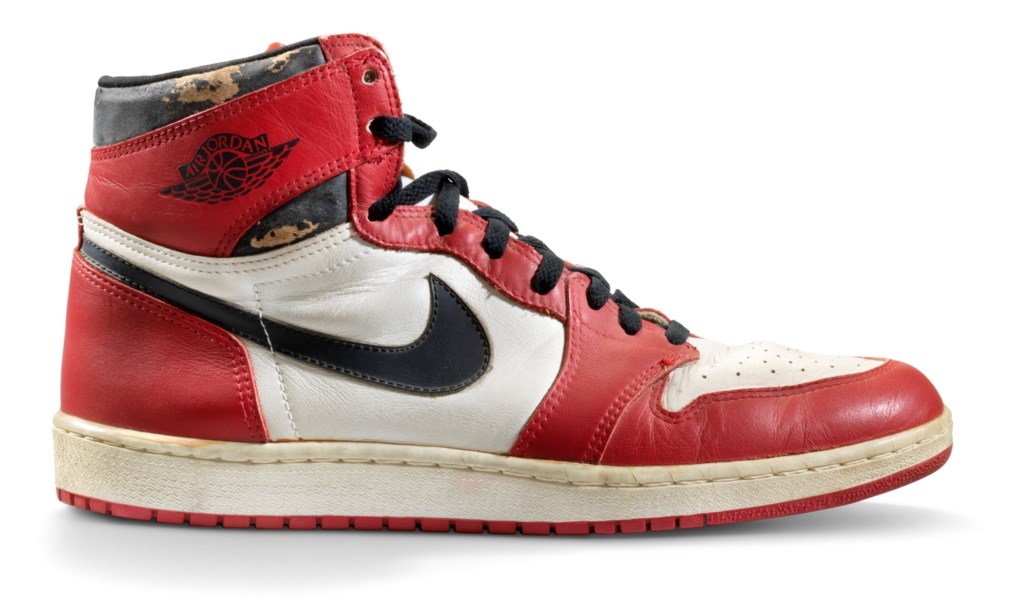 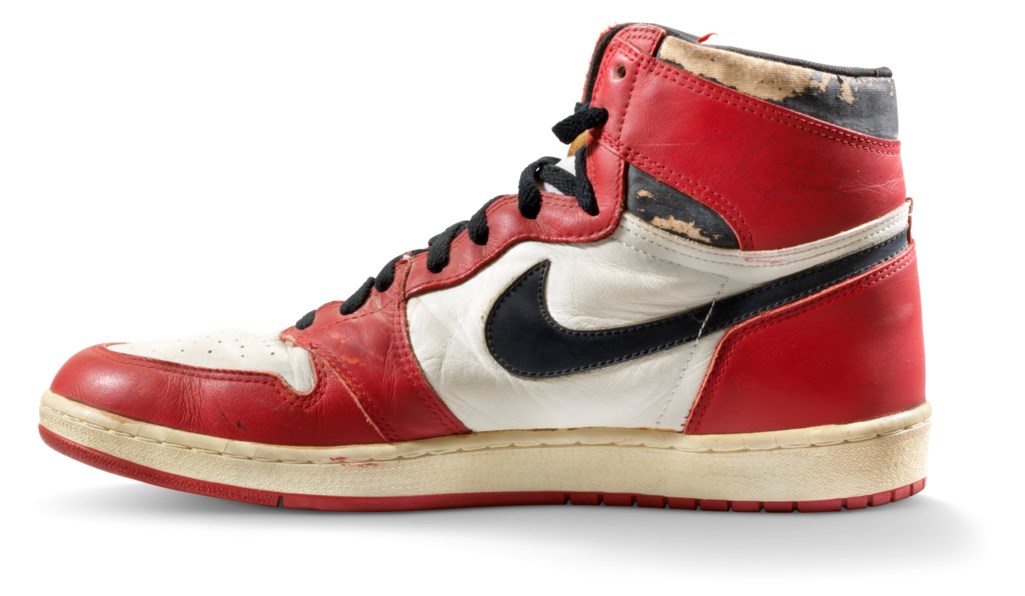 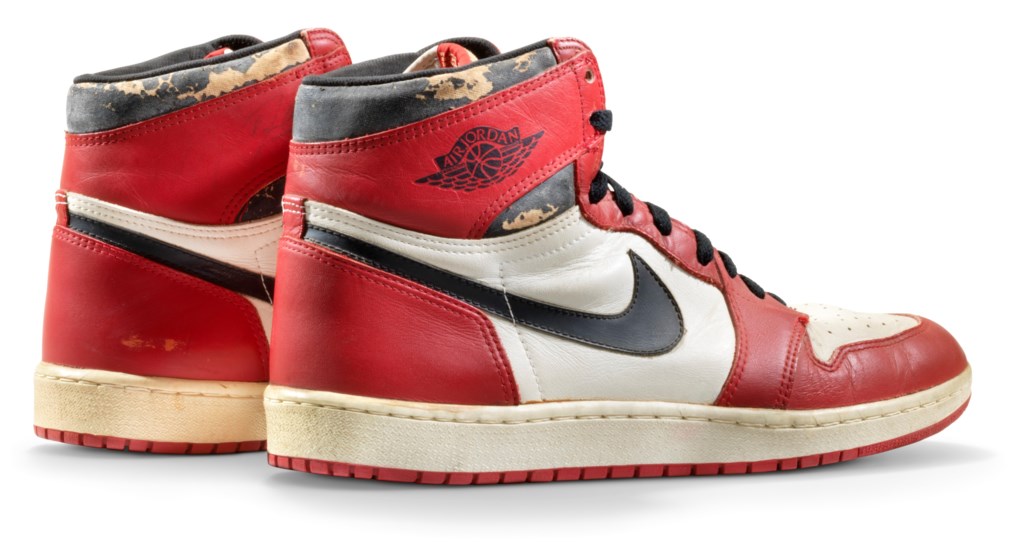 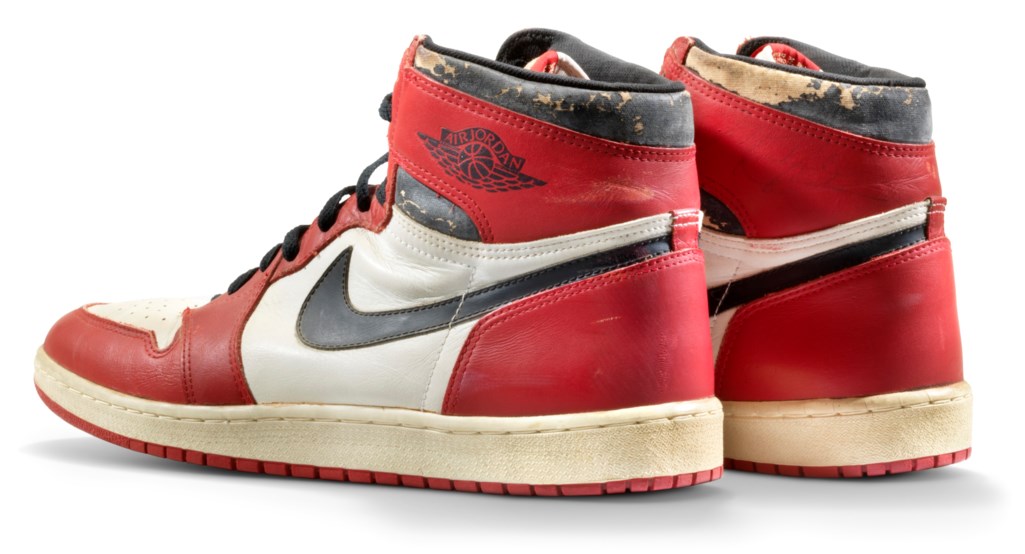 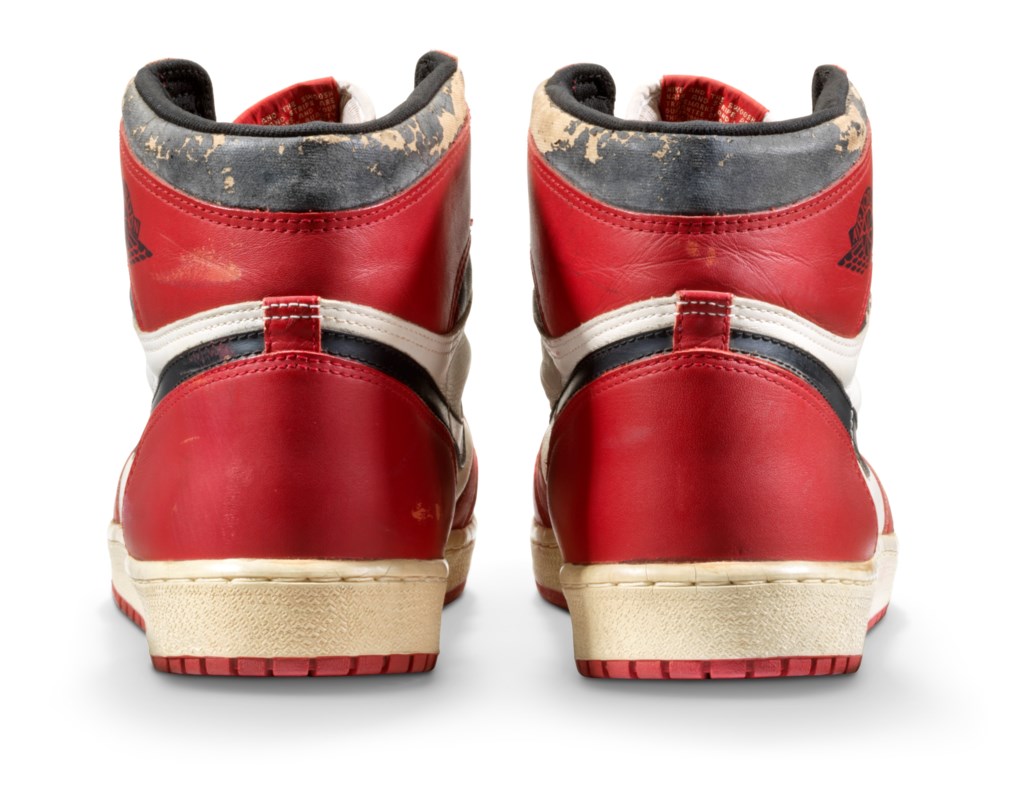 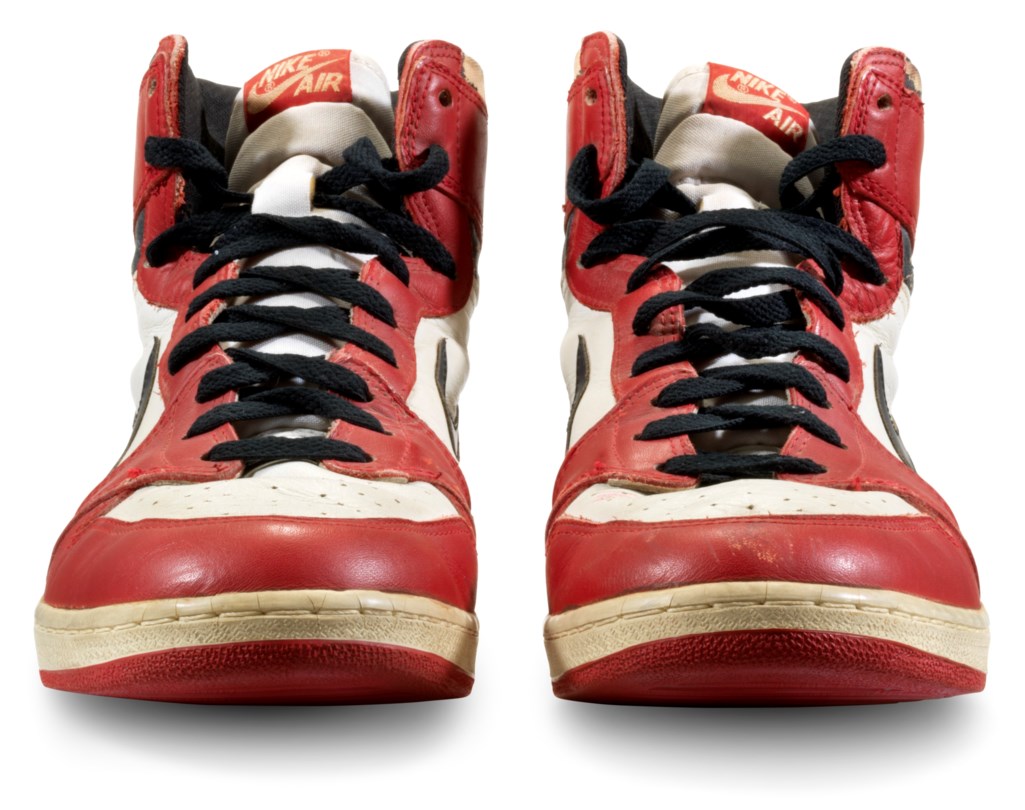 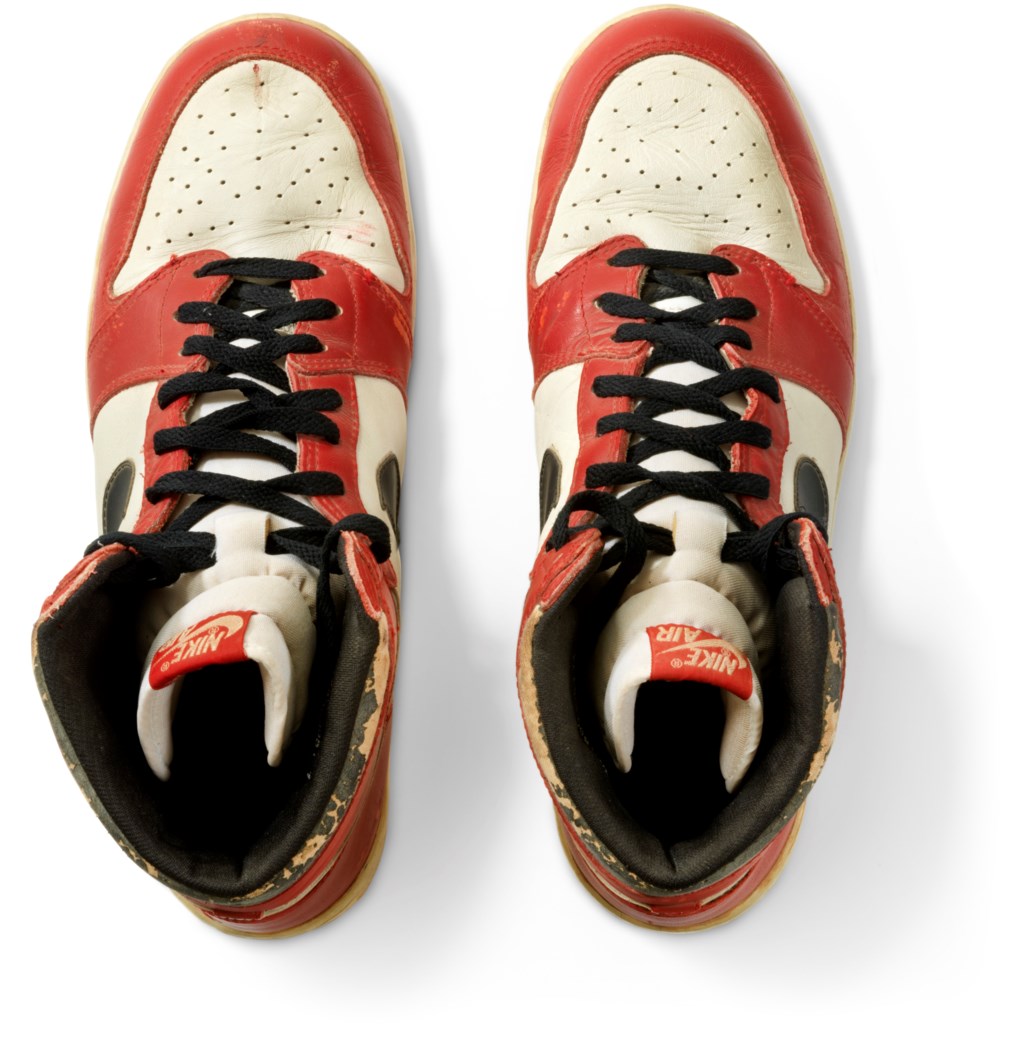 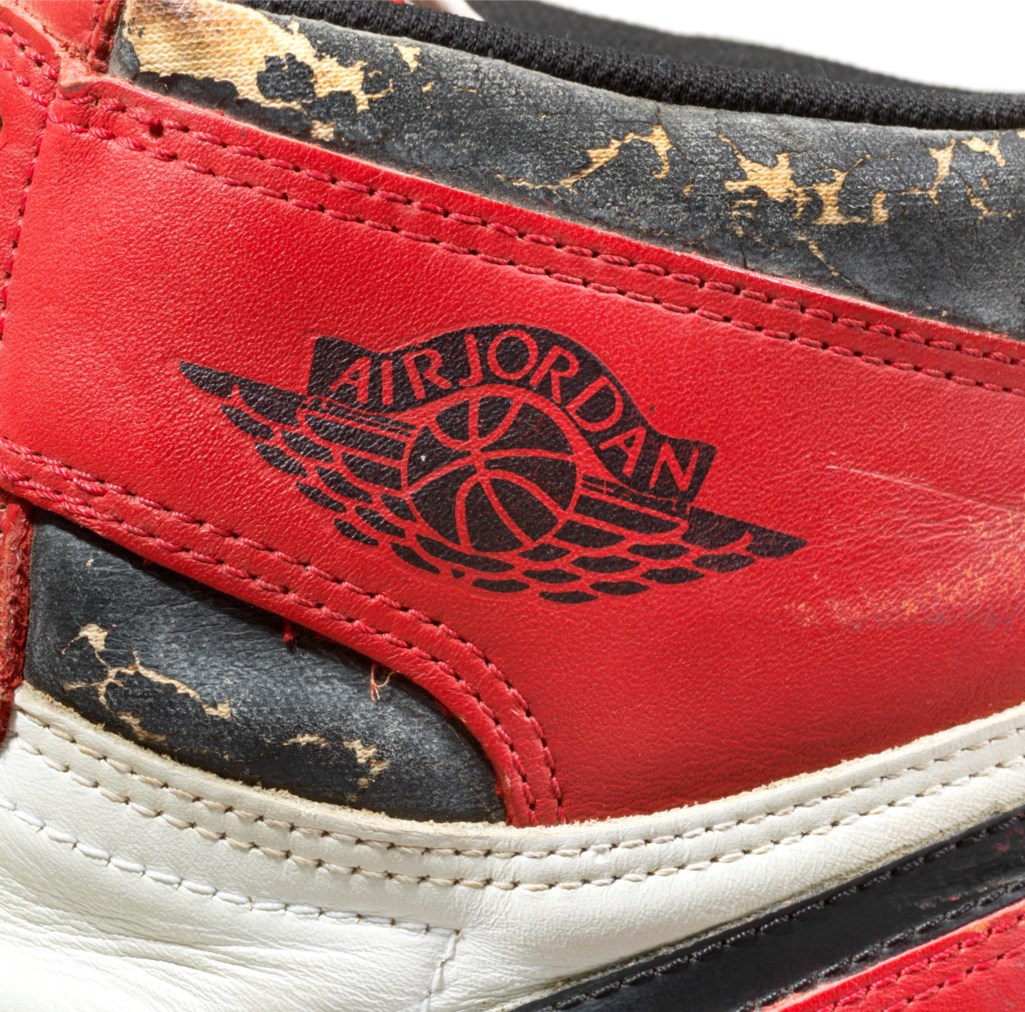 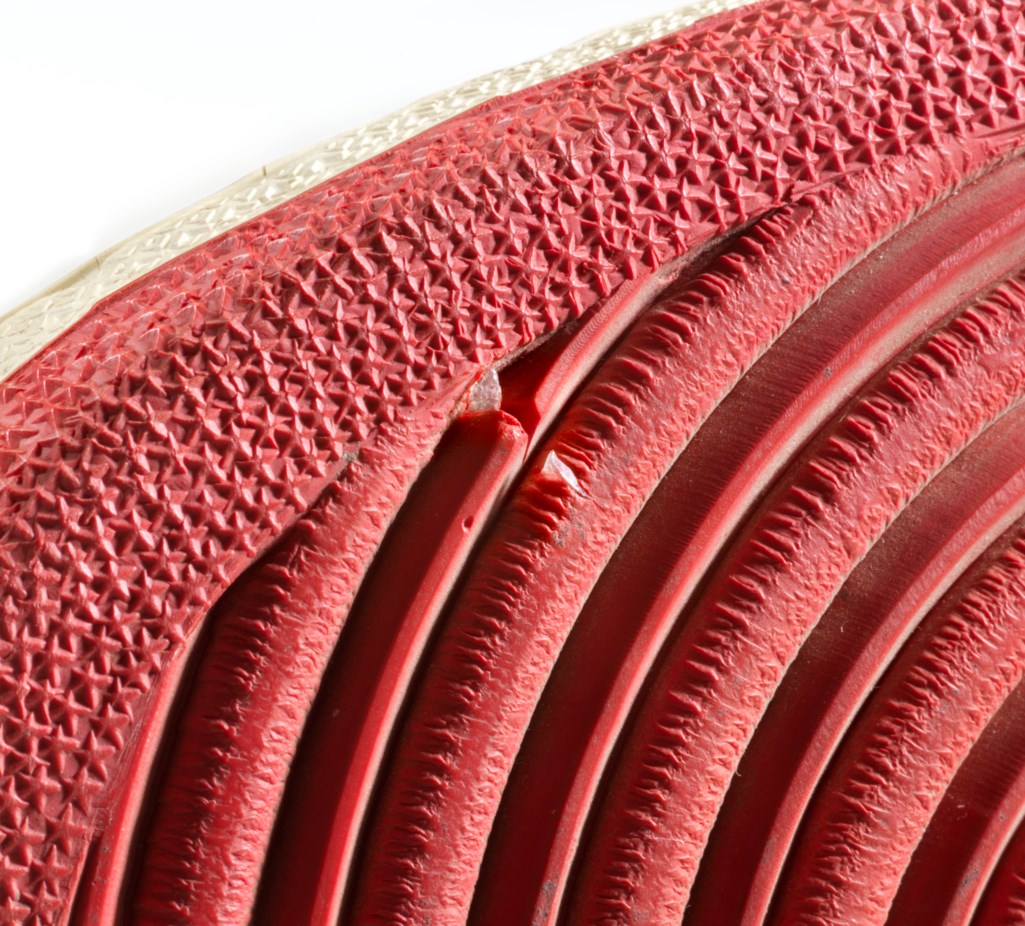 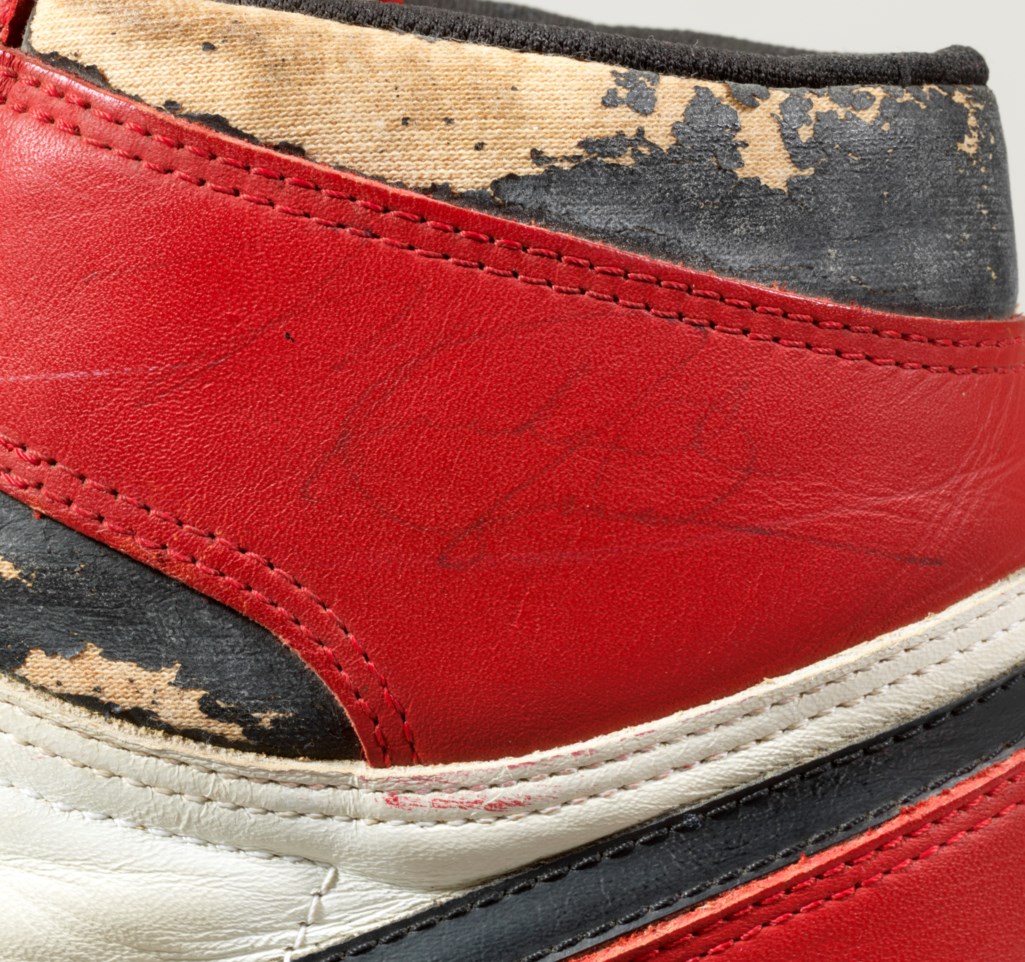 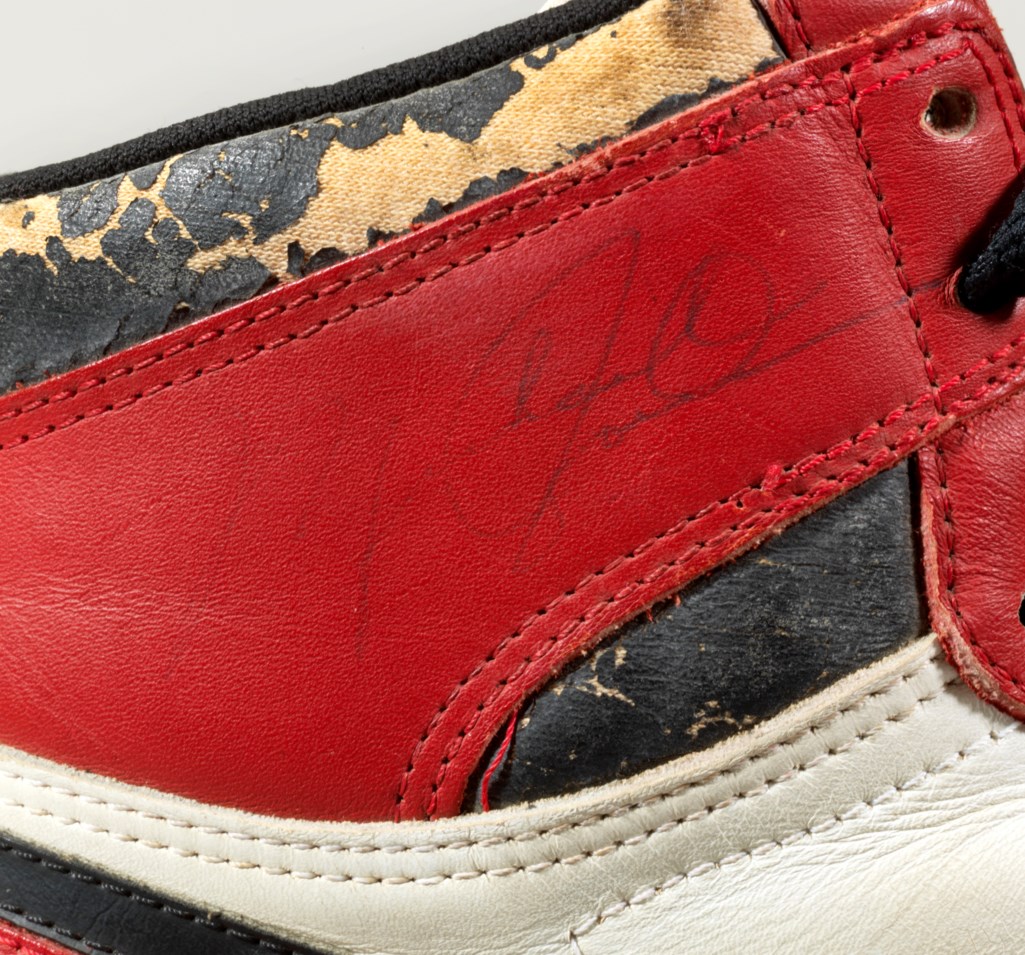 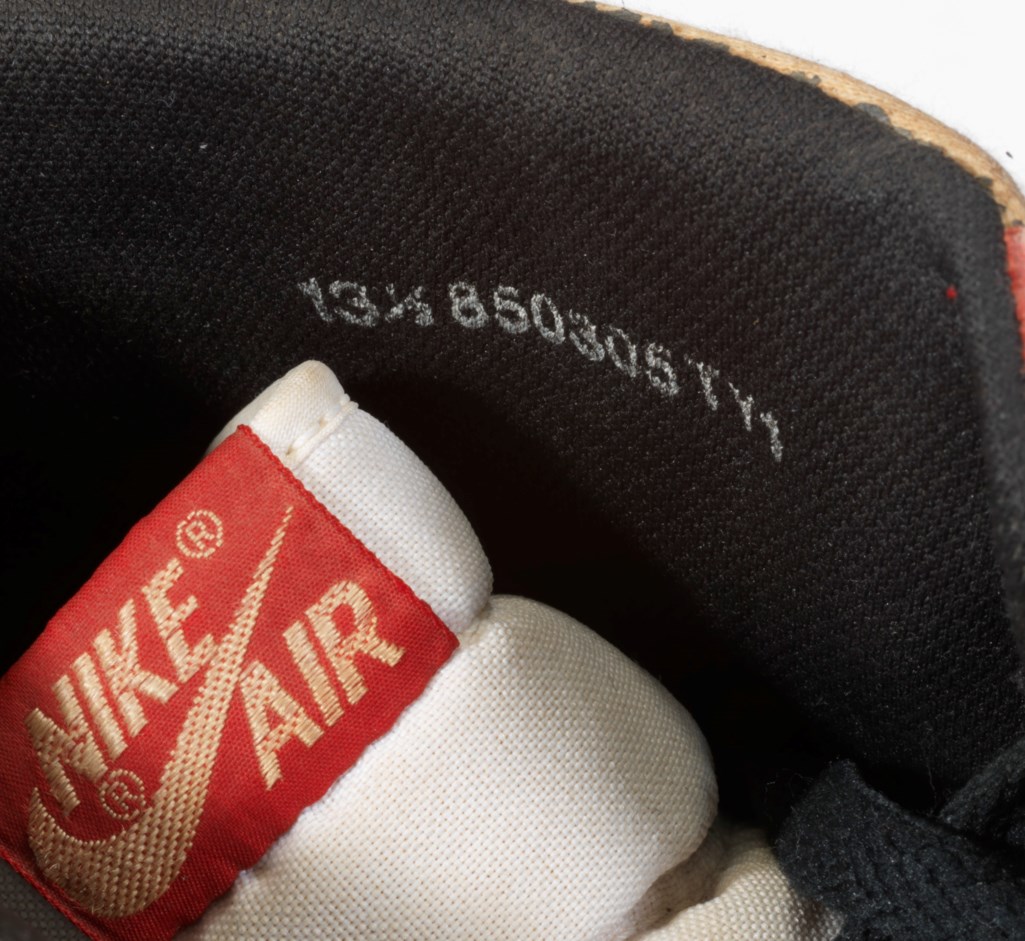 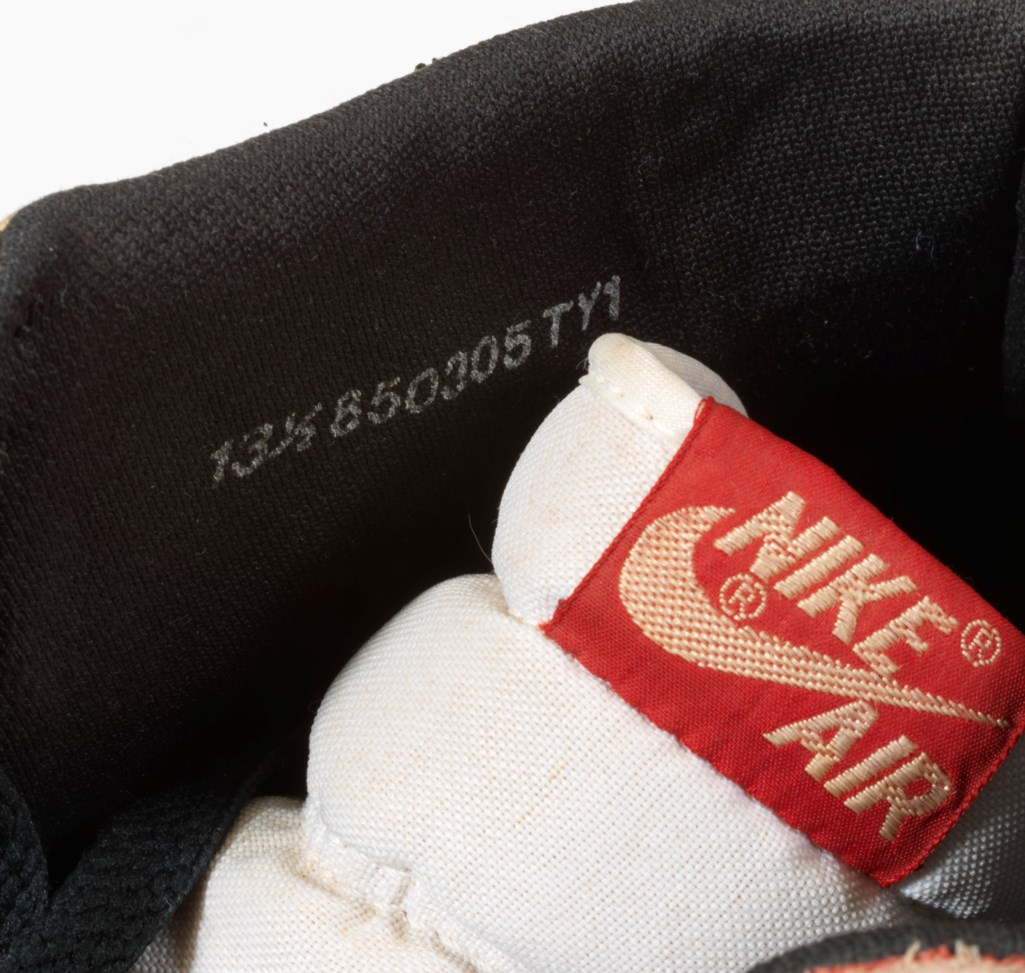 Lot 3
Air Jordan 1 High "'Shattered Backboard' Origin Story," Game-Worn Signed Sneaker
Nike, 1985
USD 650,000 - USD 850,000
A Christie's specialist may contact you to discuss this lot or to notify you if the condition changes prior to the sale.
View Report
The condition of lots can vary widely and the nature of the lots sold means that they are unlikely to be in a perfect condition. Lots are sold in the condition they are in at the time of sale.

Each shoe is signed by Michael Jordan in black ball point pen on the inner collars. The toe area of the rubber sole of the left shoe has a shard of glass from the shattered backboard embedded in its sole.

Size 13.5
High-Top
Includes a Letter of Authenticity from JSA and original laces.

On August 25, 1985, Following his NBA Rookie of the Year season, Michael Jordan travelled to Trieste, Italy to participate in a Nike-sponsored exhibition game. The game featured Italian Liga A teams Stefanel Trieste and Snaidero Caserta, with special guest Jordan wearing a No. 23 black-and-orange Stefanel Trieste jersey.

Wearing this Air Jordan 1 High “Chicago,” Jordan scored 30 points. The most memorable play of the game was Jordan’s remarkable dunk, so powerful, it shattered the glass backboard into thousands of pieces – one of those pieces still remaining in the sole of his left shoe being offered for sale.

Thirty years later in 2015, Jordan Brand commemorated this moment with the release of a special edition colorway of the Air Jordan 1 in black and orange, inspired by the Trieste uniform. The “Shattered Backboard” colorway has since become one of the most coveted and valuable non-original versions of the iconic sneaker, and after only five short years, one of Jordan Brand’s most popular color schemes, featured on a number of sought-after releases.

This incredible pair was sourced from Gianni Bertolitti, the captain of the Stefanel team, who was given the shoes by Jordan after the game.

This “Shattered Backboard” Origin Story Air Jordan 1 is as unique as they come – a one-of-a-kind Michael Jordan artifact - and the only Air Jordan 1 High to be definitively photo-matched to such an iconic moment in sports history, and available for sale on the secondary market.