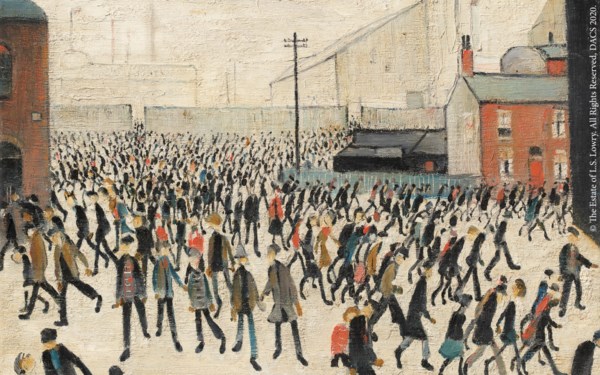 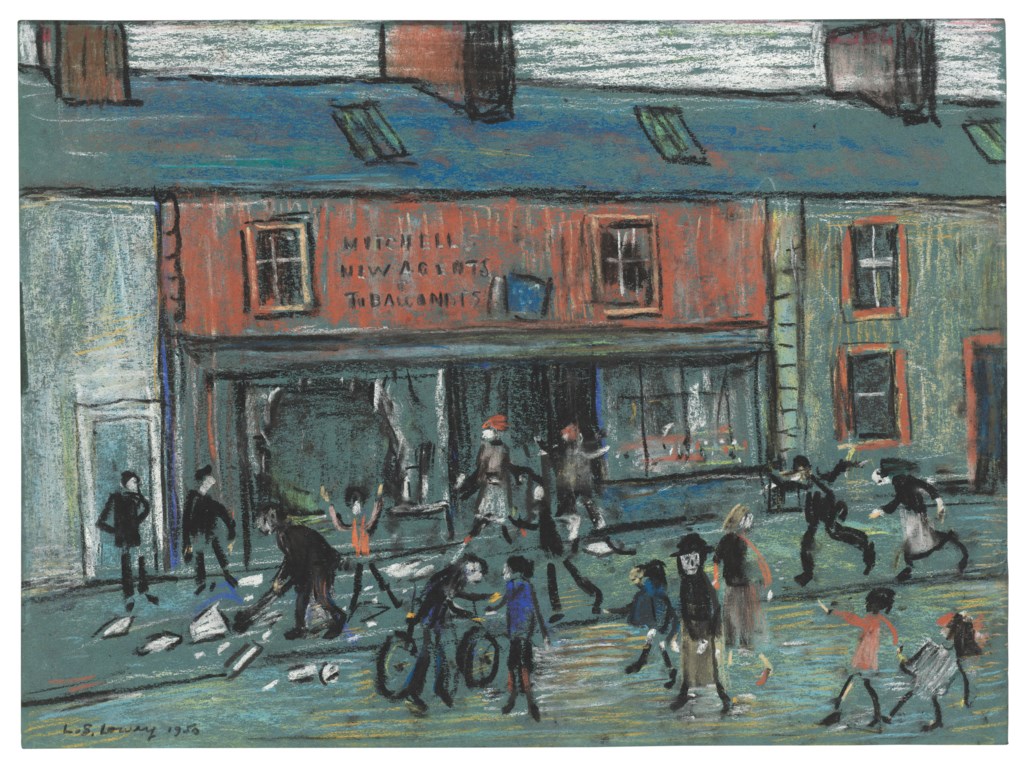 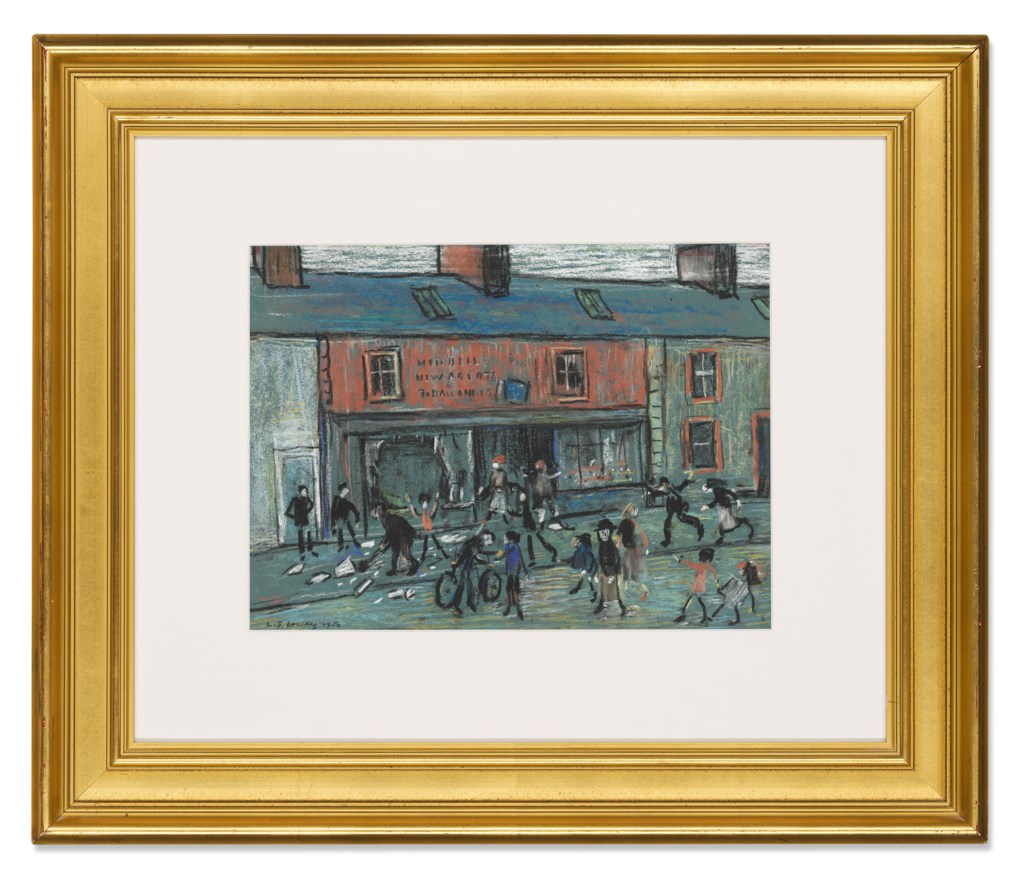 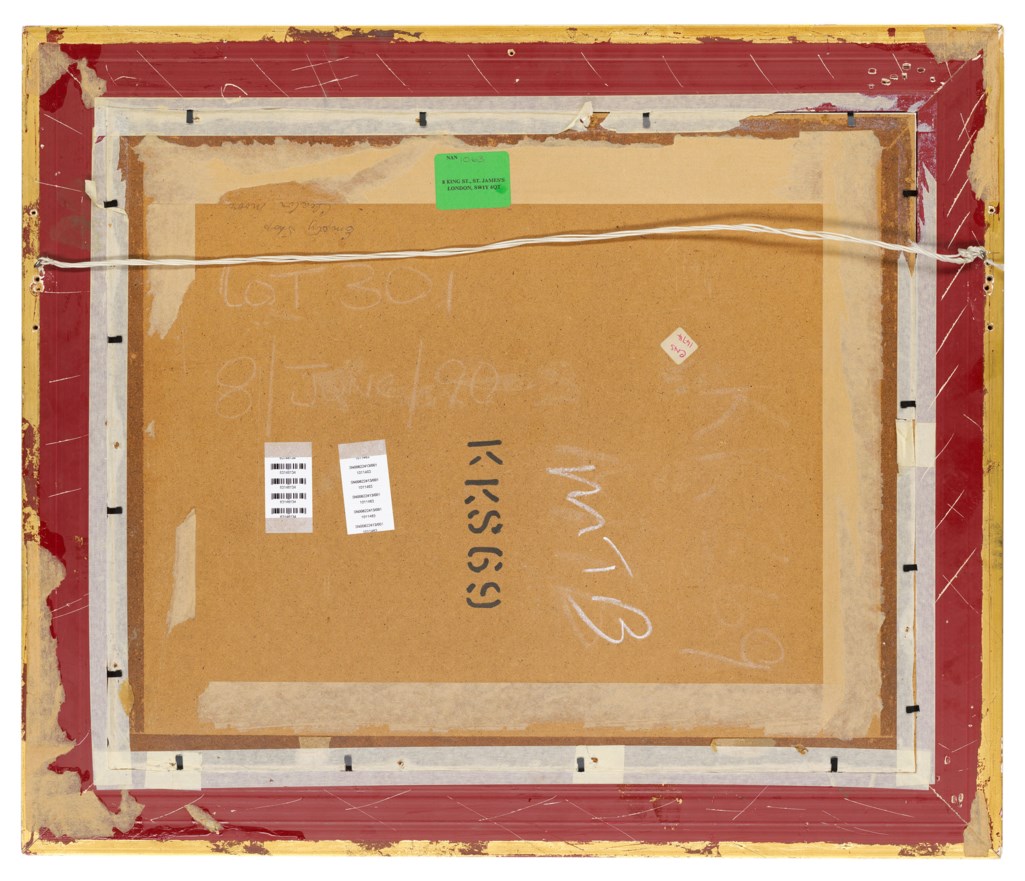 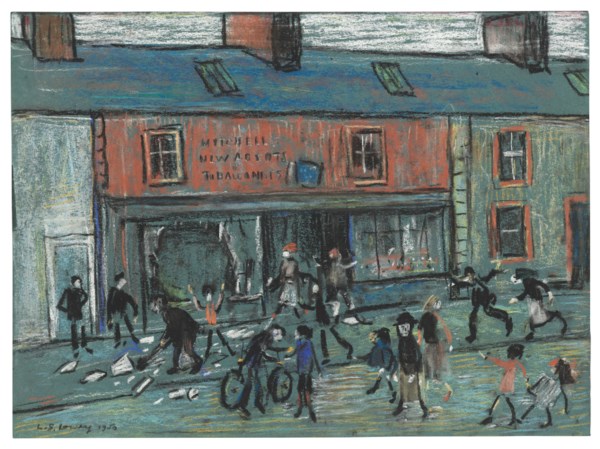 Lot 2
LAURENCE STEPHEN LOWRY, R.A. (1887-1976)
The Broken Shop Window at Cleator Moor
GBP 35,000 - GBP 55,000
A Christie's specialist may contact you to discuss this lot or to notify you if the condition changes prior to the sale.
View Report
The condition of lots can vary widely and the nature of the lots sold means that they are unlikely to be in a perfect condition. Lots are sold in the condition they are in at the time of sale.

Pencil and pastel on blue paper. Examined out of the frame. The sheet is presented in a window mount and is secured to a supporting non acidic board in two places along the reverse upper sheet edge. There is some adhesive residue on the extreme upper and left hand edges, consistent with previous housing. These are not visible when framed. On very close inspection, there is a tiny tear to the extreme right hand edge, measuring approximately 5 mm. There is some very minor surface dirt. Subject to the above, this work appears to be in very good overall condition.

Lowry became a regular visitor to Cleator Moor, Cumbria, after his close friend, Geoffrey Bennett (1902-1991) had moved there with his wife, Alice, and son, also Geoffrey, to run its National Westminster Bank branch. Lowry sketched and drew with Geoffrey Bennett, a keen amateur artist, and they enjoyed making caricatures to amuse the younger Geoffrey. In fact, Lowry used some of young Geoffrey's pastels to produce a series of vivid drawings of shops and landmarks in the town. Cowles Fish & Chips, Cleator Moor, (1948; Private Collection, on loan to The Lowry, sold in these Rooms, 24 May 2012, lot 228, £145,250), previously in the collection of Reverend Geoffrey Bennett, was also executed in pastel on blue paper (see note to lot 3).

The present work was executed after a young resident of Cleator Moor had an accident on his bicycle outside the shop front which resulted in a broken window. Lowry was staying opposite and probably witnessed the accident, or its aftermath, and this became a fitting subject for a drawing.
Post Lot Text
Artist's Resale Right Regulations 2006 apply to this lot. You must pay us an extra amount equal to the resale royalty and we will pay the royalty to the appropriate authority. Please see the Conditions of Sale for further information.