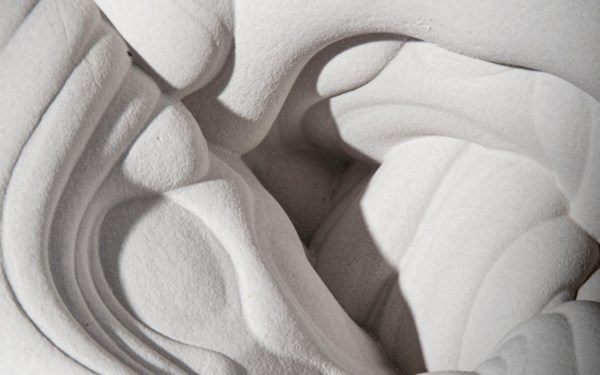 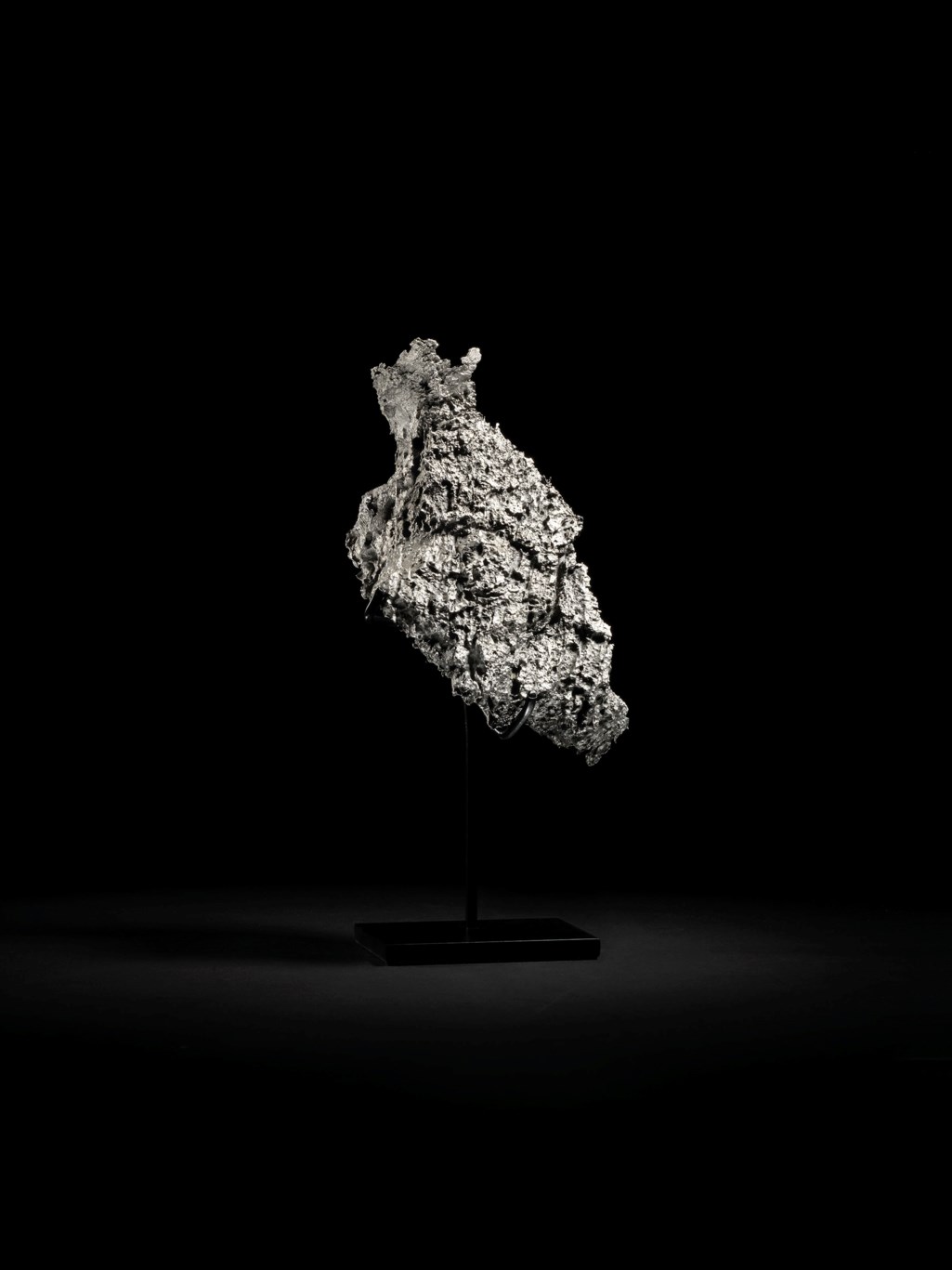 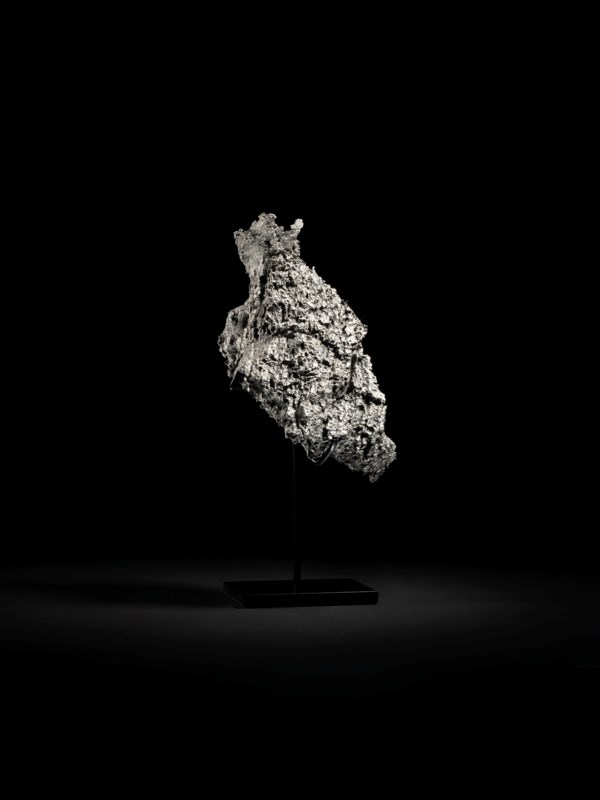 Lot 39
A DRONINO METEORITE - ABSTRACT FIGURE FROM OUTER SPACE
Iron, ataxite (ungrouped) Ryazan district, Russia (54° 44' N, 41° 25' E)
GBP 5,000 - GBP 8,000
A Christie's specialist may contact you to discuss this lot or to notify you if the condition changes prior to the sale.
View Report
The condition of lots can vary widely and the nature of the lots sold means that they are unlikely to be in a perfect condition. Lots are sold in the condition they are in at the time of sale.

Overall in excellent condition, having been recently cleaned with a matte preservative, followed by light buffing to highlight the naturally occuring ridges and creunlations. Please note that weights and dimensions are approximate only and that the appearance and surfaces of meteorites might change if not appropriately cared for. Proper handling and correct humidity control are easy to accommodate and will ensure condition is maintained, please contact the department if you would like further advice on how to live with meteorites in your collection.

This upright meteorite features furrowed textures, surmounted by a three-pronged formation resembling a radiant crown. This rich texture, as well as the meteorite’s distinctive morphology, are the result of terrestrialization (exposure to Earth’s elements) and the atypical nickel-rich composition of the meteorite. A pewter to platinum patina envelops the meteorite’s surface.
91⁄4 x 43⁄4 x 41⁄2in. (24 x 12.5 x 12cm.)
5.4kg

Named after the small Russian town situated close to its discovery site, Dronino meteorites are iron-rich meteorites boasting an exotic chemical composition. Whereas 89% of iron meteorites can be categorized within an established chemical group, the present specimens are not related to any of these groups. This curious material makeup suggests that they originated from a much larger parent asteroid that remains unknown.
The eponymous meteorites fell to earth approximately 20 kilometers from Dronino, yet there is no written account of what must have been an extraordinary and memorable occurrence – a fireball leaving sonic booms and smoke trails in its wake. The absence of recorded evidence indicates that the meteorites struck sometime before the nearby town’s foundation in the mid-12th century A.D. Given the extent of terrestrial sculpting to such specimens, a descent to Earth more than a millennium ago can be confidently fixed. The arresting visual appearance and furrowed texture are the result of sulfide inclusions within the meteorites.
The first Dronino meteorite was discovered in the summer of 2000 by Oleg Gus’kov, a local mushroom collector. After the specimen was declared meteoritic in 2003, collectors and scientific expeditions found a further 600 fragments weighing 3 tonnes in total. With no two examples exactly the same, Dronino meteorites are highly sought after for their diverse and highly decorative forms.

COMPARATIVE LITERATURE:
‘The Meteoritical Bulletin, No.88, 2004 July’, Meteocritics & Planetary Science, Vol.39, No.8, Supplement (2004), p.A219.
Post Lot Text
This lot has been imported from outside the EU for sale and placed under the Temporary Admission regime. Import VAT is payable (at 5%) on the hammer price. VAT at 20% will be added to the buyer’s premium but will not be shown separately on the invoice. Please see the Conditions of Sale for further information.