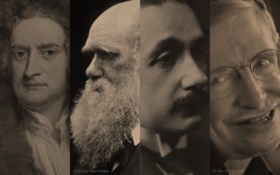 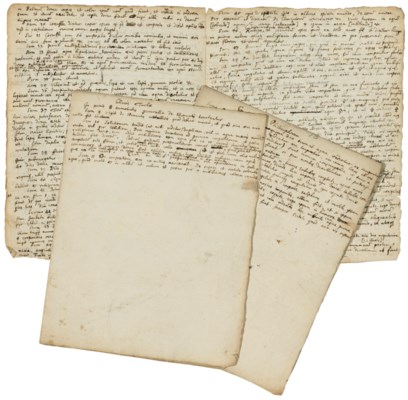 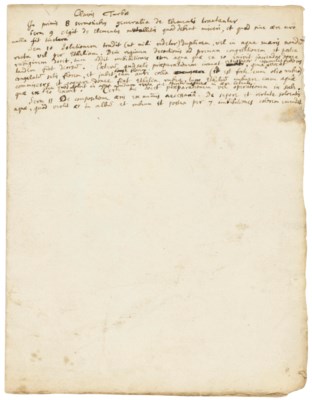 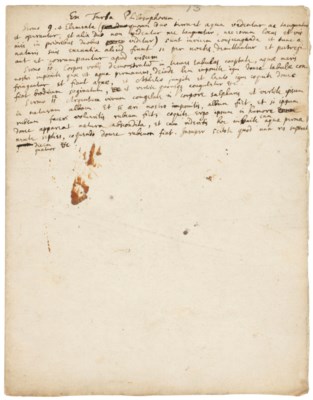 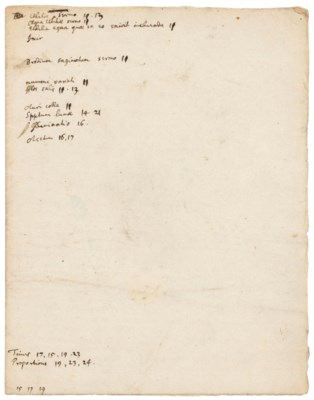 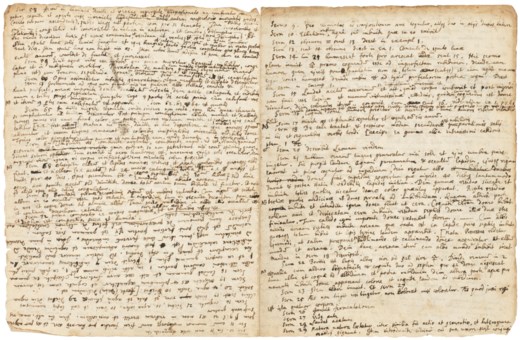 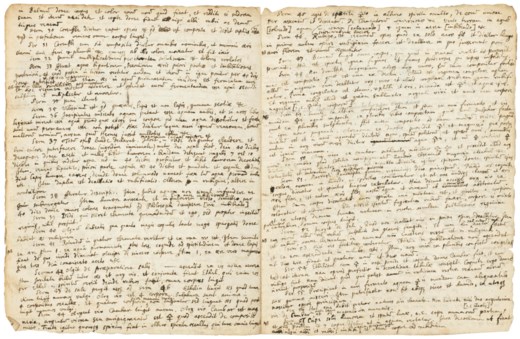 Lot 1
Newton's fascination with alchemy
Isaac Newton. 1670s
GBP 80,000 - GBP 100,000
A Christie's specialist may contact you to discuss this lot or to notify you if the condition changes prior to the sale.
View Report
The condition of lots can vary widely and the nature of the lots sold means that they are unlikely to be in a perfect condition. Lots are sold in the condition they are in at the time of sale.

Some old unobtrusive soiling and staining.

A remarkable witness to the concentration of Newton's alchemical studies; one of the most extensive Newton manuscripts to have appeared at auction in recent years.

The Turba Philosophorum or Assembly of the Philosophers is one of the most influential of all alchemical texts: it is a Latin translation of an Arabic anthology of pre-medieval alchemical texts, whose origins may be seen in an attempt to apply Greek alchemy to Islamic science. Newton's extracts begin in the form of a 'key' to the work ('Clavis Turbae'), noting that it begins with eight chapters ('Sermones') of general statements about the elements before a chapter on the metallic elements; he then summarises at greater length sermones 10 and 11, on solutions of metals in sea water and other solvents. The second bifolium ('Ex Turba Philosophorum') again concentrates on sermones 9 to 11, transcribing specific instructions for alchemical operations; the last page of this bifolium bears the outline of an index to the work. The third, untitled, bifolium contains an extensive series of extracts, from sermo 9 to sermo 72. The quotations occasionally include personal remarks by Newton (e.g. 'ut mihi videtur [as it seems to me]') or an 'NB' in the margin on significant passages. The manuscript is recorded in the online Newton Project as ALCH00123. According to ABPC-online, only two longer autograph manuscripts by Newton (each of 8 pages) have sold at auction in the last 30 years.

Newton's extracts principally refer to the text of the Turba philosophorum in Zetzner's edition of Theatrum chemicum (Strasbourg, 1659-61), although in a few places he can be seen to collate the text with the version in Artis auriferae (Basel, 1610): the present manuscript almost certainly dates from after 1669, when Newton bought his copy of the Theatrum. The form of the manuscript, with its evidence of highly-concentrated reading and re-reading and attempts at systematisation and indexing, is typical of Newton's devouring approach to subjects which interested him: 'One student of alchemy asserts that the vast literature of the art has never been read so thoroughly. Newton assembled one of the great collections of alchemical books, which formed a significant proportion of his personal library; he made contact with clandestine circles of alchemists from whom he received manuscripts that he copied; and in the garden outside his chamber in Trinity he set up a laboratory in which he experimented' (ODNB). Newton's fascination with alchemy in 1670s, like his concurrent interest in heretical Arian theology, is deeply revealing of his highly unorthodox and secretive intellectual approach.

On the Shoulders of Giants: Newton, Darwin, Einstein, Hawking