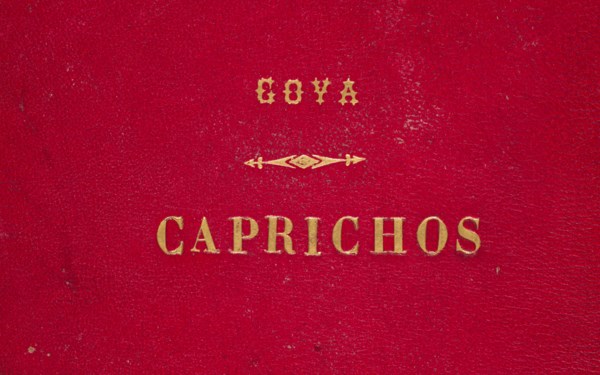 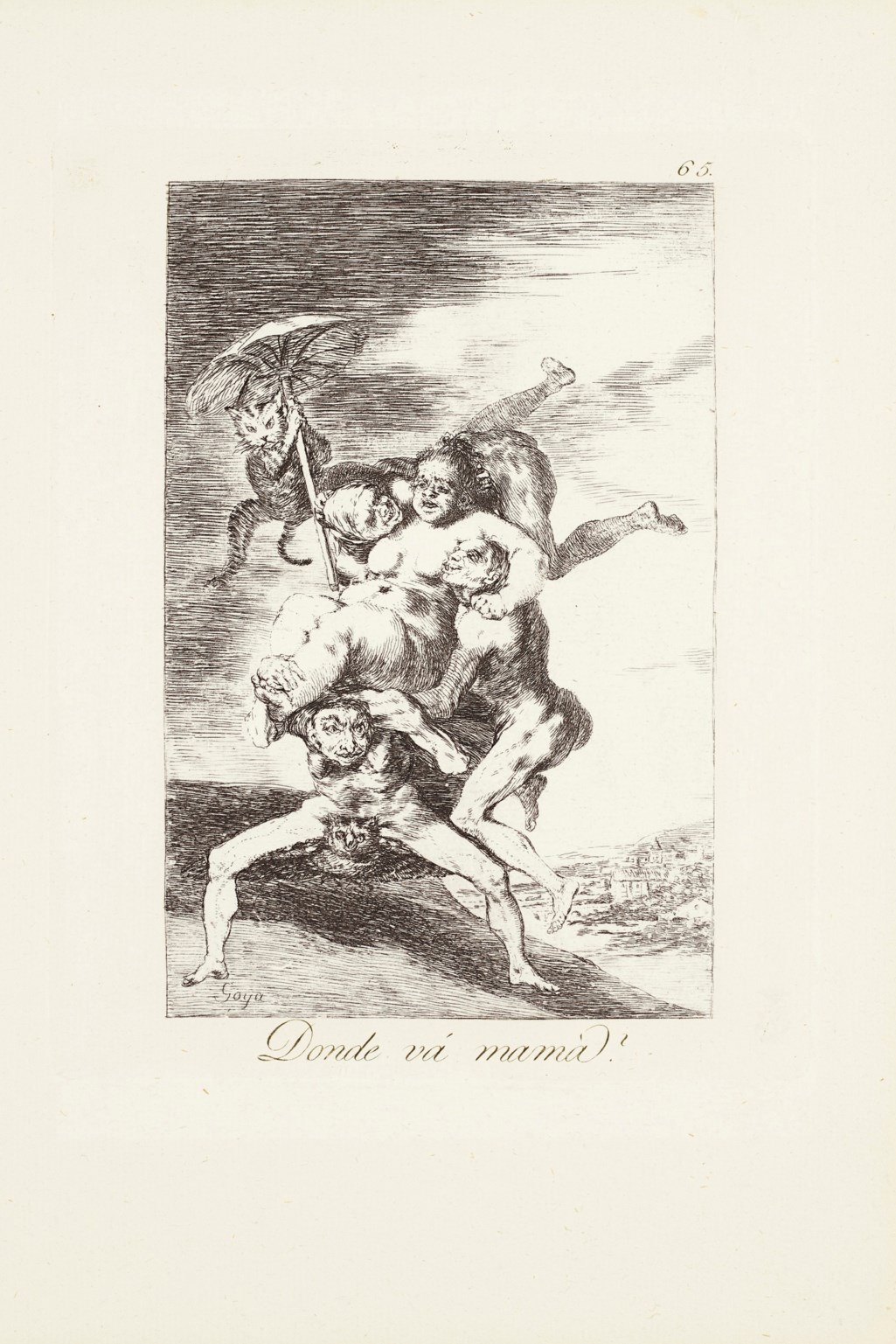 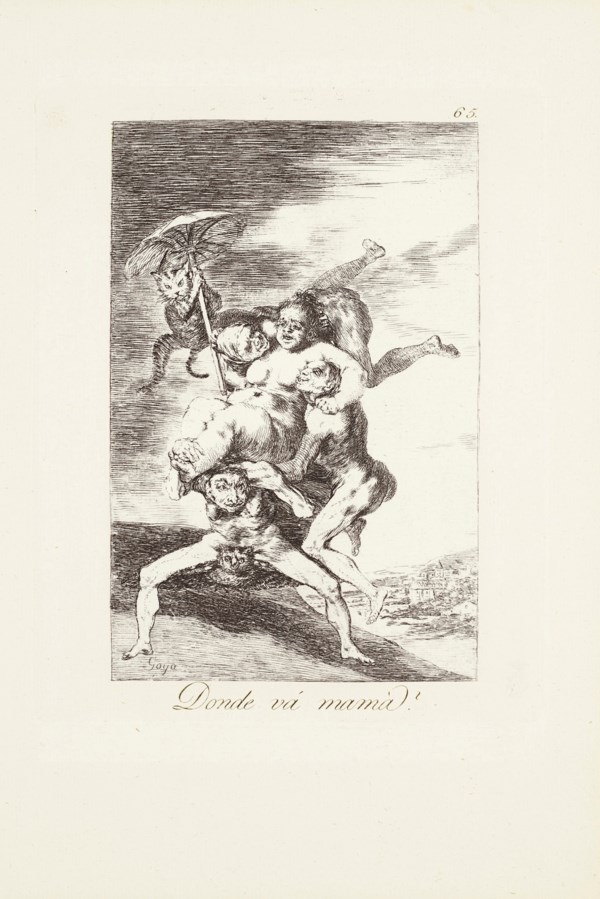 Lot 65
FRANCISCO DE GOYA Y LUCIENTES (1746-1828)
Where is mother going (Donde vá mamà?) Plate 65 from: Los Caprichos
USD 3,000 - USD 5,000
A Christie's specialist may contact you to discuss this lot or to notify you if the condition changes prior to the sale.
View Report
The condition of lots can vary widely and the nature of the lots sold means that they are unlikely to be in a perfect condition. Lots are sold in the condition they are in at the time of sale.

Prado manuscript: ‘Mommy suffers from hydropsy and they have sent her away. We hope to God that she gets better.’

‘The subject matter was common in representations of that period. The composition presents four figures accompanied by nocturnal animals. The owl and two of the figures hold up the large nude woman at the center... Another wraps herself around her from behind…The subject is known to us through handwritten notes, including one at the Museo del Prado [see above], by Valentín Carderera, and another at the Biblioteca Nacional. In his Tesoro de la Lengua Castellana (1674), Sebastián de Covarrubias defines Hydropsy as an illness of the aqueous humor that swells the entire body. It is sometimes mistaken for greed, because those who suffer from it drink but can never slake their thirst, just as the greedy are never satisfied, no matter how much they acquire.’ 1

‘This print is typical of Goya's witchcraft subjects. First, these works, with their delicate, light definitions of volumes, recall the technique of Giovanni-Baptista Tiepolo who worked in Madrid from 1762 until his death in 1770. Second, in this series, Goya untraditionally places the viewer in mid-air before his subjects. Finally, in these witchcraft subjects, Goya ‘experiments with his forms, interlocking them in such a way as to destroy the integrity of the individual inherent in classical art’ [Janice Tomlinson, Graphic Evolutions: The Print series of Francisco Goya, pp. 16-17]. Thus, the first witchcraft group of etchings illustrated Goya's challenge to traditional rules and preceded his attacks on human vices and the callousness and insensitivity of man in social contexts. It is to be noted that in the description of this work, the Prado and Ayala texts are absolutely identical. Except for Plate 35 of the Caprichos (which could have been a case of sheer coincidence), the only other instance of identical Prado and Ayala texts concerned the Plate 60 Ensayos, another of the witchcraft subjects. The conclusion from this could be that Goya's ‘witchcraft’ etchings from the Caprichos represented some technical and art historical advances, but did not reflect Goya's concerns of the 1790's with controversial problems of class, society, privilege and nobility, all of which problems found reiterated expressions in the completed set of the Caprichos. It was these latter concerns and Goya's commentaries on them which could have created problems for him with respect to the Inquisition and which explain most of the text differences between the Prado's ‘defensive’ texts, on the one hand, and, on the other, the more explicit texts of Ayala and the Biblioteca Nacional.’ 2