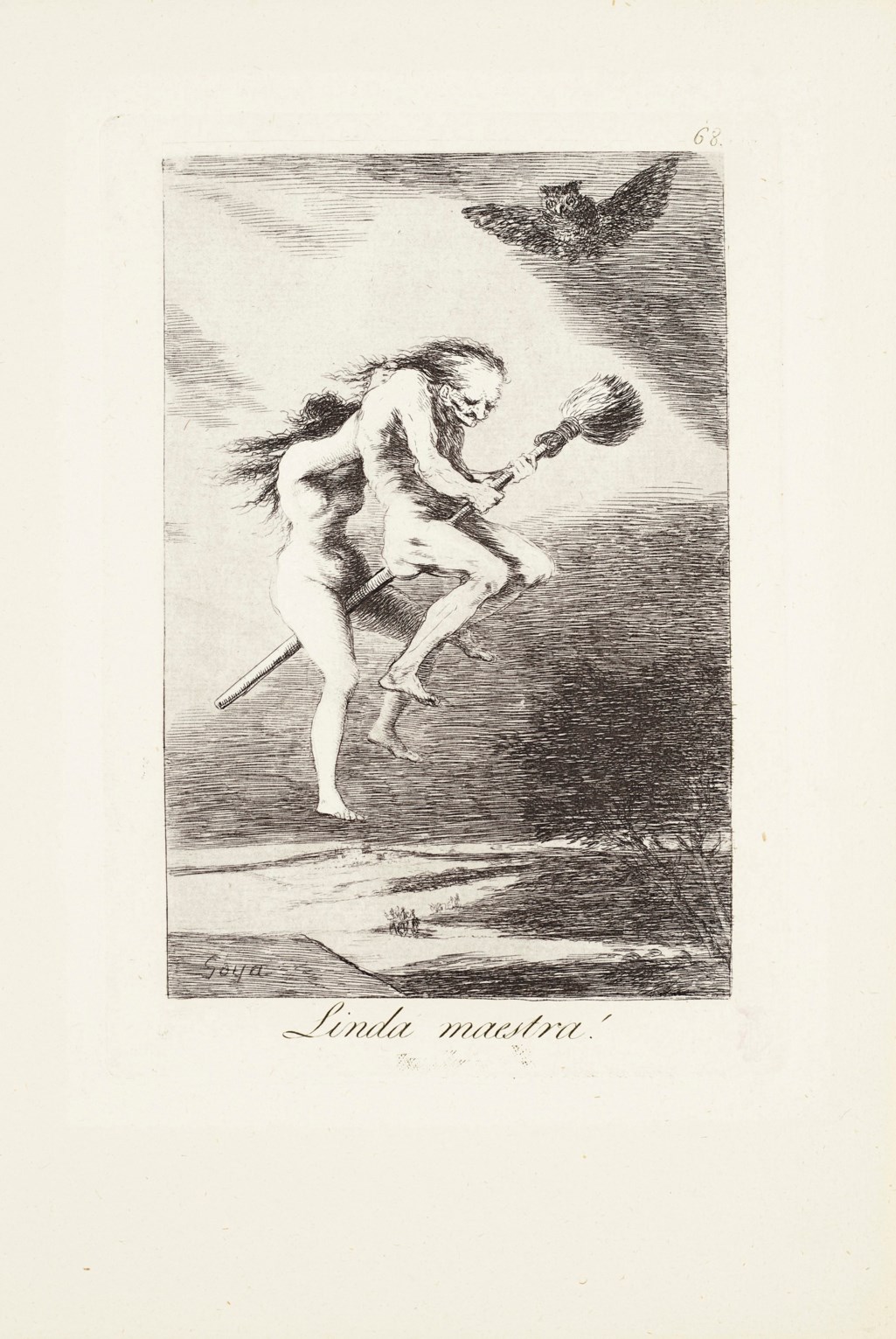 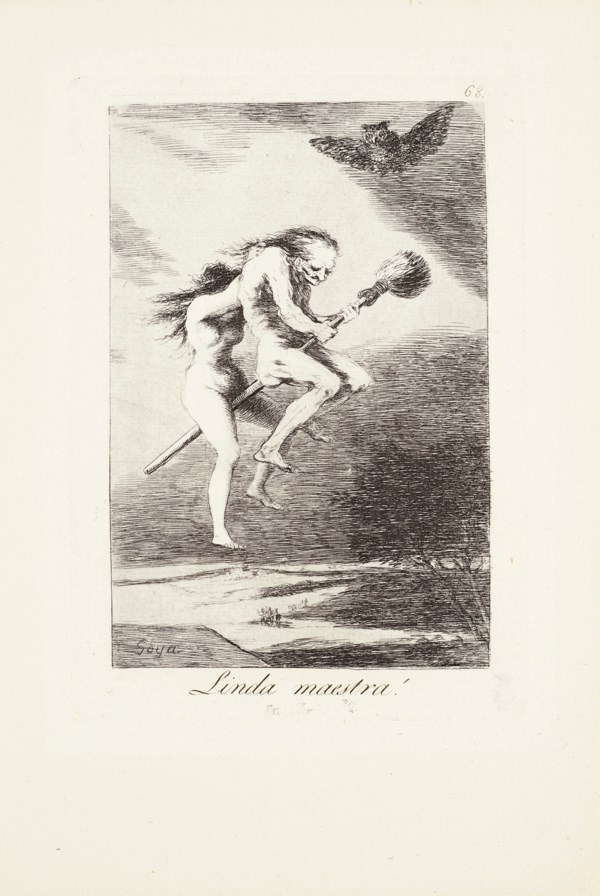 Lot 68
FRANCISCO DE GOYA Y LUCIENTES (1746-1828)
Pretty teacher (Linda maestra!) Plate 68 from: Los Caprichos
USD 4,000 - USD 6,000
A Christie's specialist may contact you to discuss this lot or to notify you if the condition changes prior to the sale.
View Report
The condition of lots can vary widely and the nature of the lots sold means that they are unlikely to be in a perfect condition. Lots are sold in the condition they are in at the time of sale.

‘The exact nature of this subject is indicated by the owl (buho) which dominates this whole scene from the above-right. This domination is even more evident in the preliminary drawing for this work. As various texts have indicated, the buho in Spanish is the symbol of the street-walker or prostitute. This must be understood in evaluating the more explicit text of the Madrid Biblioteca Nacional: ‘The old witches give them (young girls) lessons to enable them to fly (volar = practice the art of prostitution) throughout the world, setting them off for the first time even if it be with only a broomstick between their legs’.
It is to be noted that Goya's first arrangement of the Caprichos apparently began with Plate 43 ‘The Sleep (Sueño) of Reason Produces Monsters’ as the tentative frontispiece and then would have gone on (on the basis of the order of the preparatory drawings) to the witchcraft scenes which would have included most if not all of plates 60 through 71. The Caprichos then would have gone on to end with and give the most emphasis to subjects more easily identifiable with controversial political, social and religious problems and personalities of the times. The final arrangement, mixing up everything, but placing great importance on the not-too-serious and also small number of scenes in which witches go about their various duties and amusements, certainly was meant to conceal the true developing thrust of ideas of the Caprichos. This was for these works to more and more express the artist's thoughts against hereditary nobility, against the abuses of the clergy and, in general, to be critical of those controlling Spain's financial, political, cultural, educational and spiritual life. If Goya's Caprichos had been seen in this light, the artist certainly would have become a victim of the Inquisition.
Finally, any discussion of this powerful work must note Goya's use of light here through his use of etching. Goya did not use light naturalistically but employed it to emphasize one element or another of his composition. The light here ‘touches the withering thigh of the older woman and falls fully on her evil face and muscular shoulders and forearms. Light emphasizes the way the pupil has lifted her arms to cling to her mentor by the hair. It is through his use of light that Goya shows us ‘the old woman's sly smile’ which ‘has all the cunning and resolute acquisitiveness of a Celestina (procuress) ...’ (Eleanor Sayre, Goya and the Spirit of Enlightenment, pp. 125-126.)