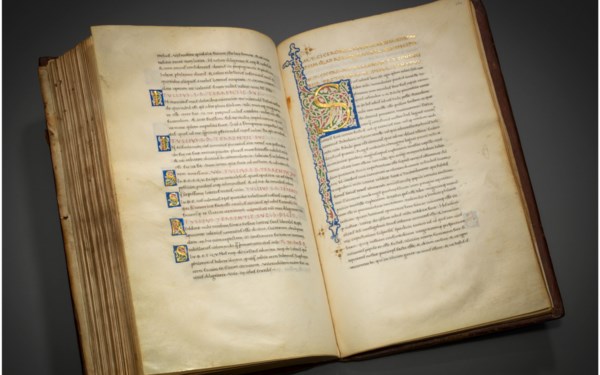 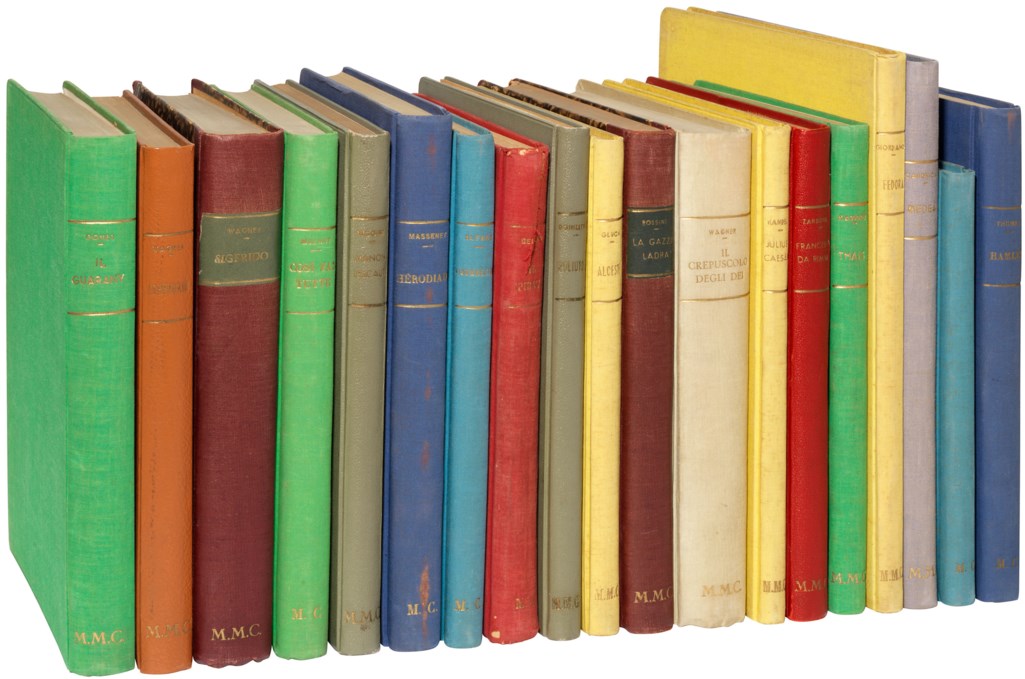 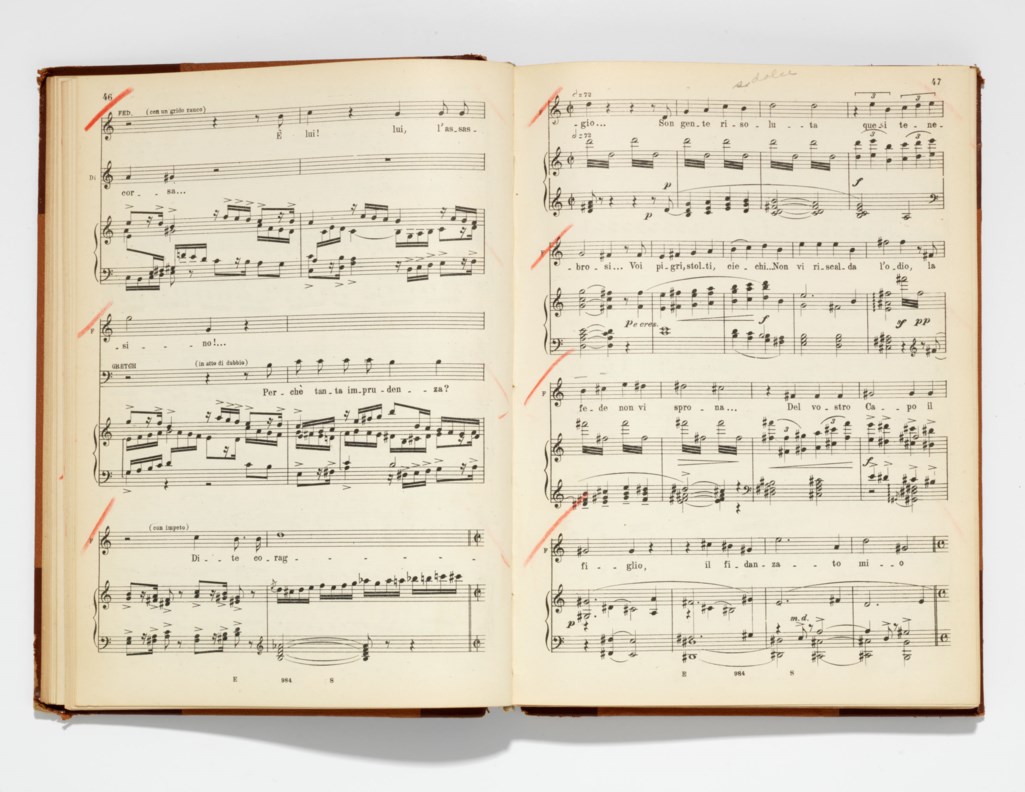 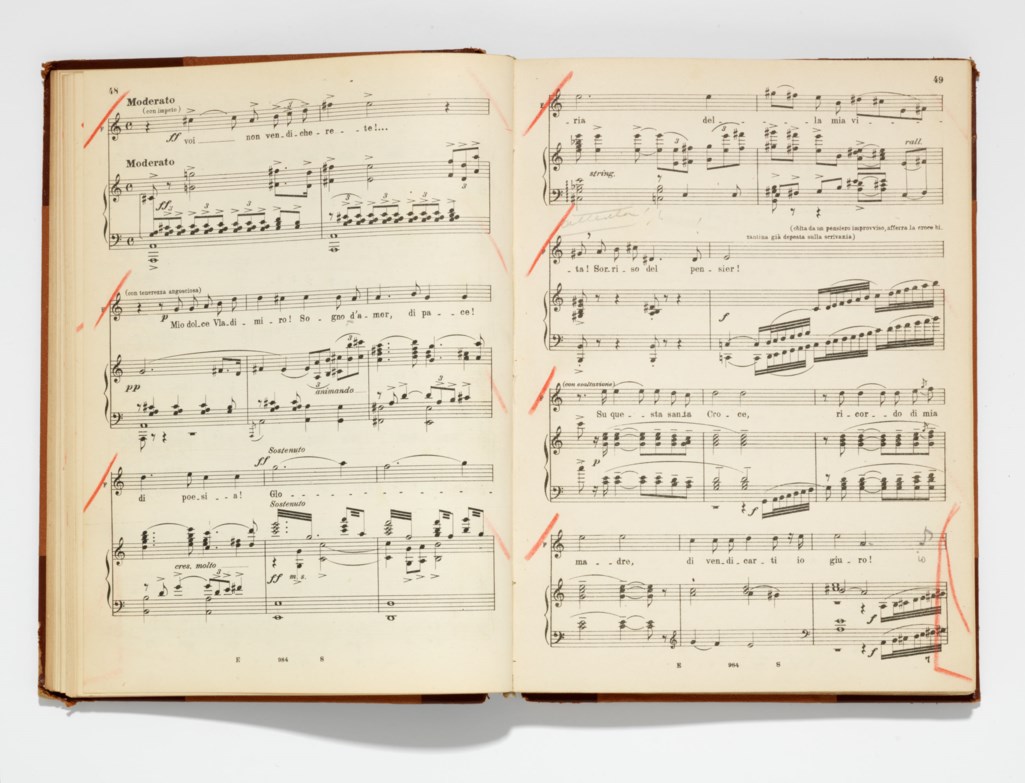 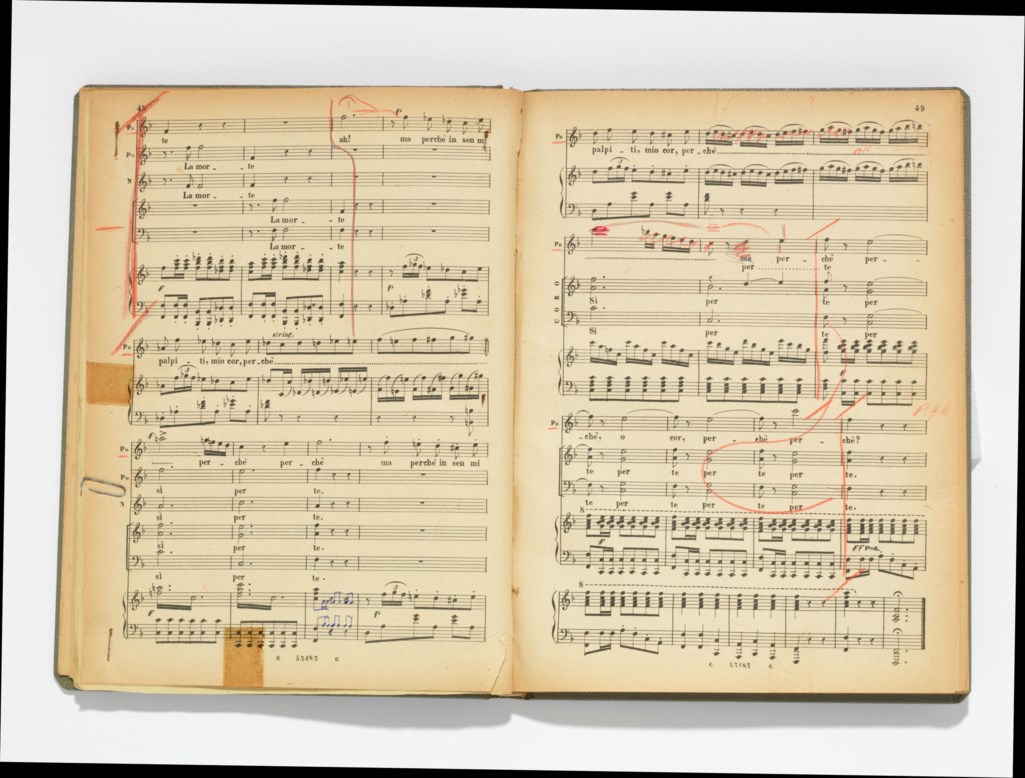 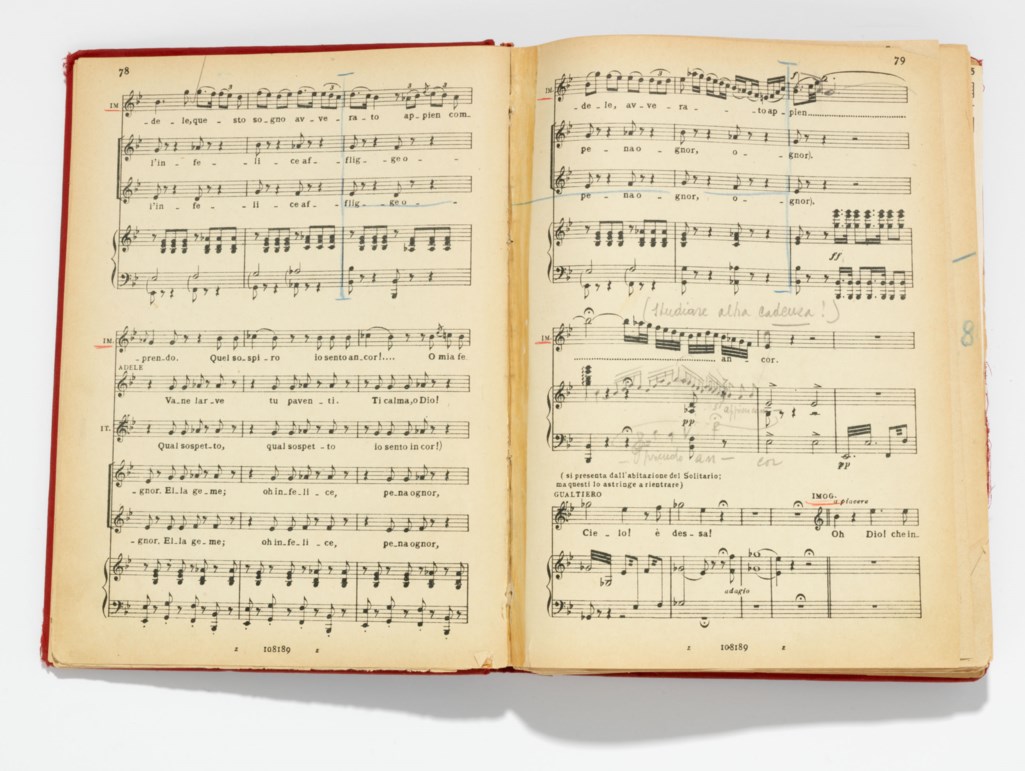 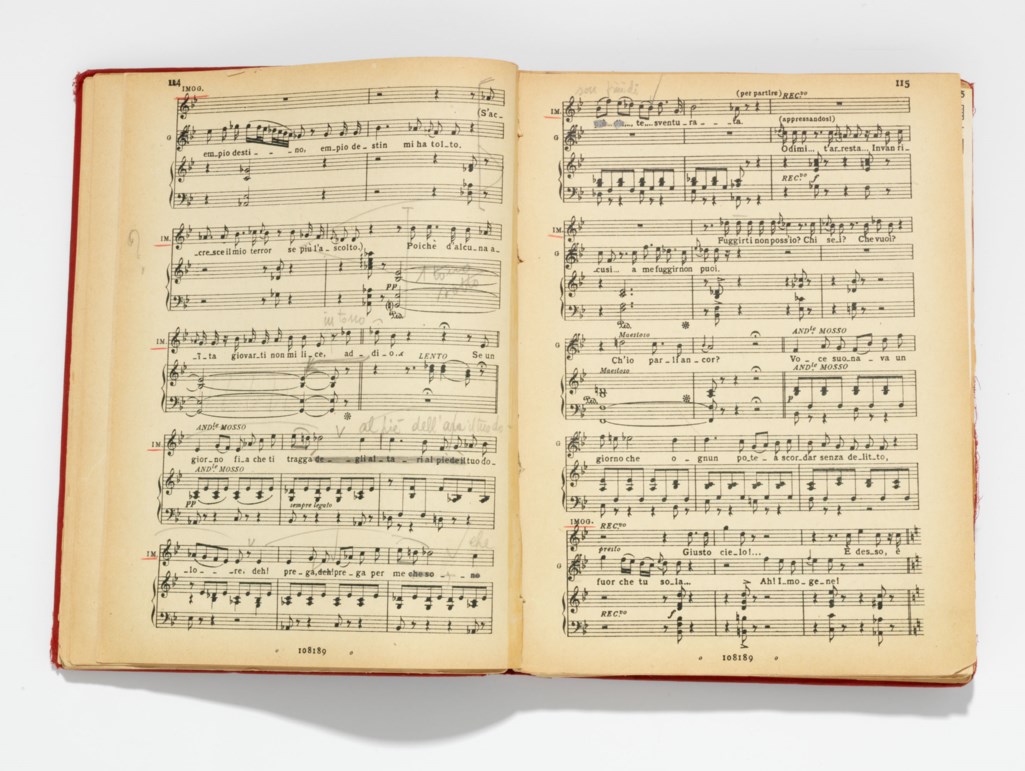 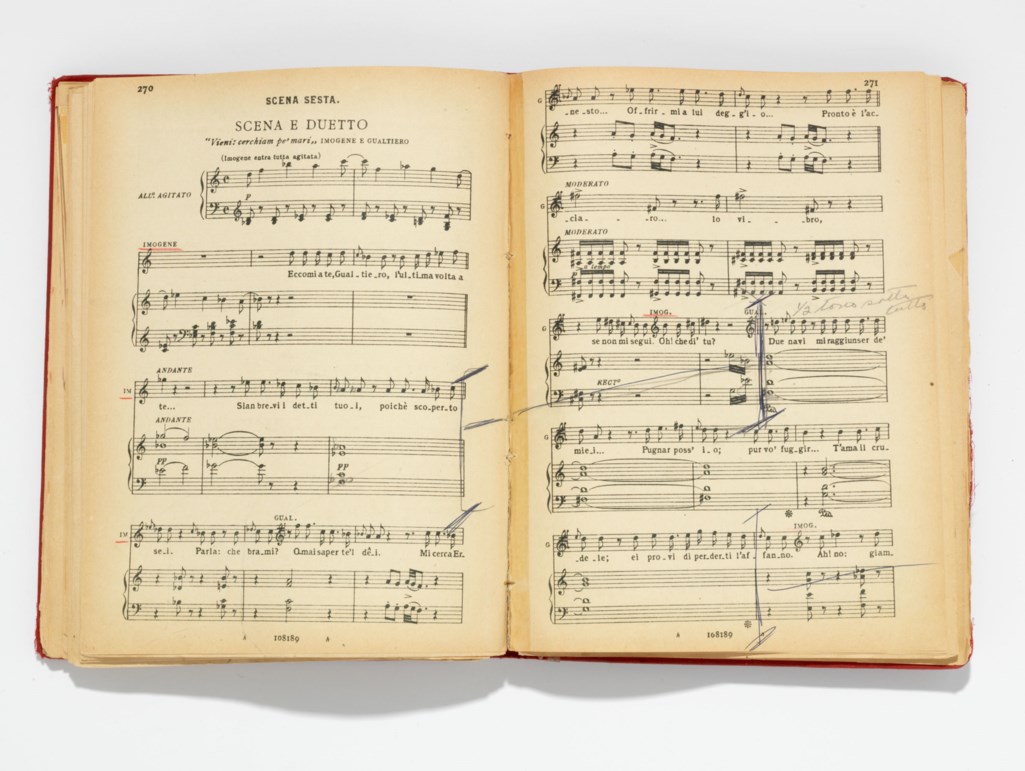 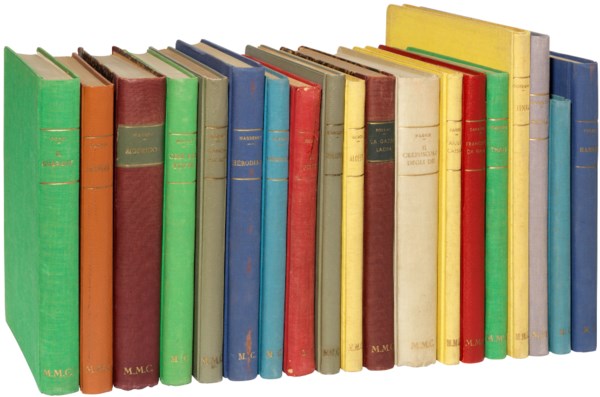 Lot 38
Maria Callas (1923-1977)
Her personal collection of scores. 19th C-1970s
GBP 12,000 - GBP 18,000
A Christie's specialist may contact you to discuss this lot or to notify you if the condition changes prior to the sale.
View Report
The condition of lots can vary widely and the nature of the lots sold means that they are unlikely to be in a perfect condition. Lots are sold in the condition they are in at the time of sale.

Approximately 290 items in total, mostly scores published in Milan by Ricordi, alongside editions from other Italian, French, German and English publishers, with most major composers of opera represented, the majority mid-20th century, scattered examples dating from the turn of the 20th century, along with librettos, aria sheets, song books and other printed and manuscript ephemera; a number of the scores with dedications from composers, librettists, and admirers; many of the scores marked and annotated for study by Maria Callas (her role underlined or the relevant parts of the score marked, page numbers added, scattered notes, generally in pen) and by other hands, often those of the conductors, and cuts to the music indicated by folded, stapled or glued pages;

An important piece of opera history from the personal library of Maria Callas. The present scores are as enticing for the tangible connection they offer to the roles Callas came to define – her marked copies of Il pirata, Carmen and Poliuto are a highlight – as they are for tracing an alternate career of parts left un-sung: the duets marked in the score for Francesca da Rimini, for example, in which the titular role was famously taken by Magda Olivero in the 1959 La Scala production, offer a tantalising glimpse of the performances that might have been.

No VAT is payable on the hammer price or buyer’s premium on this lot.