Sale 19638
The World Is A Sphere: Art from the Faurschou Foundation
Browse sale 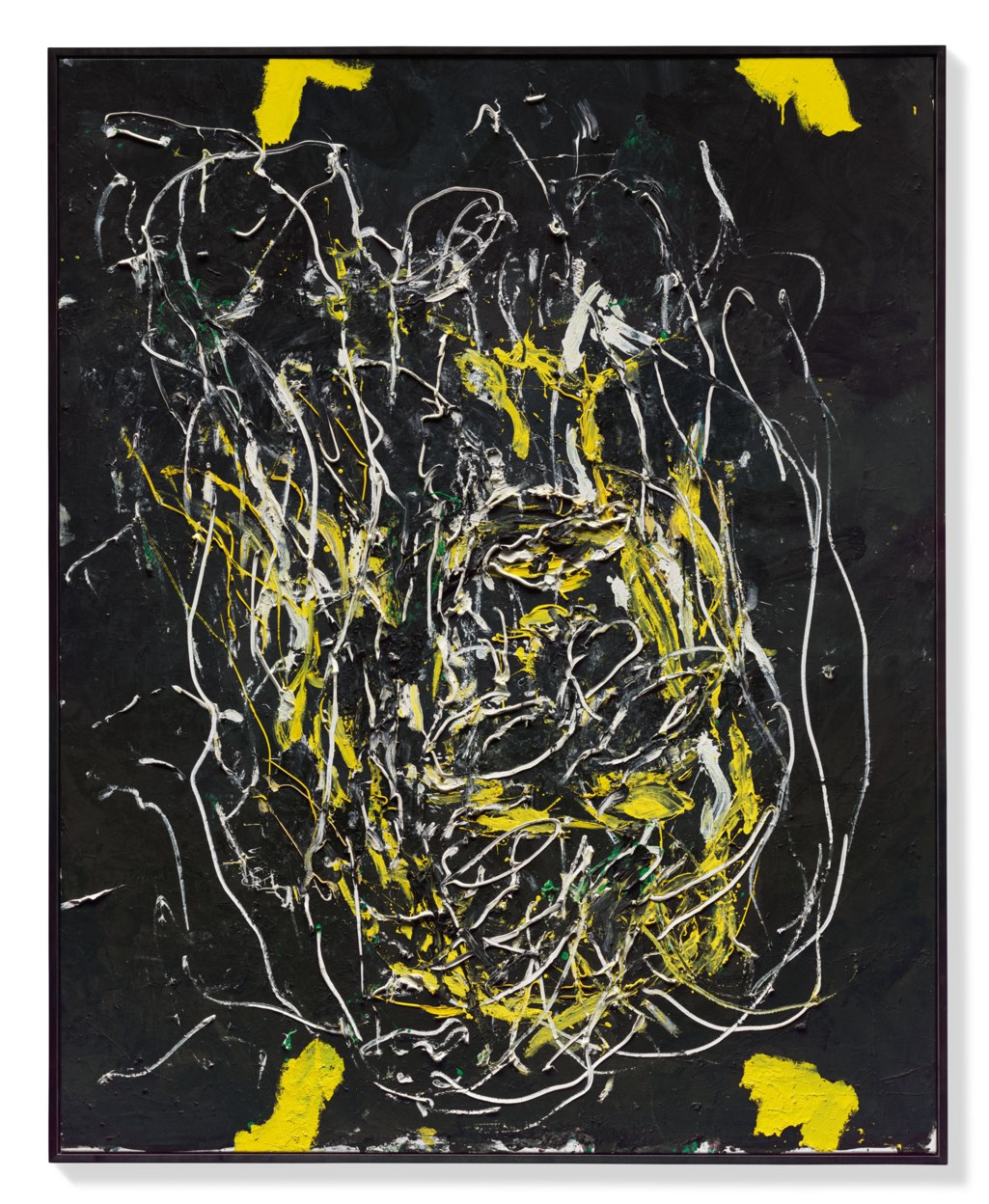 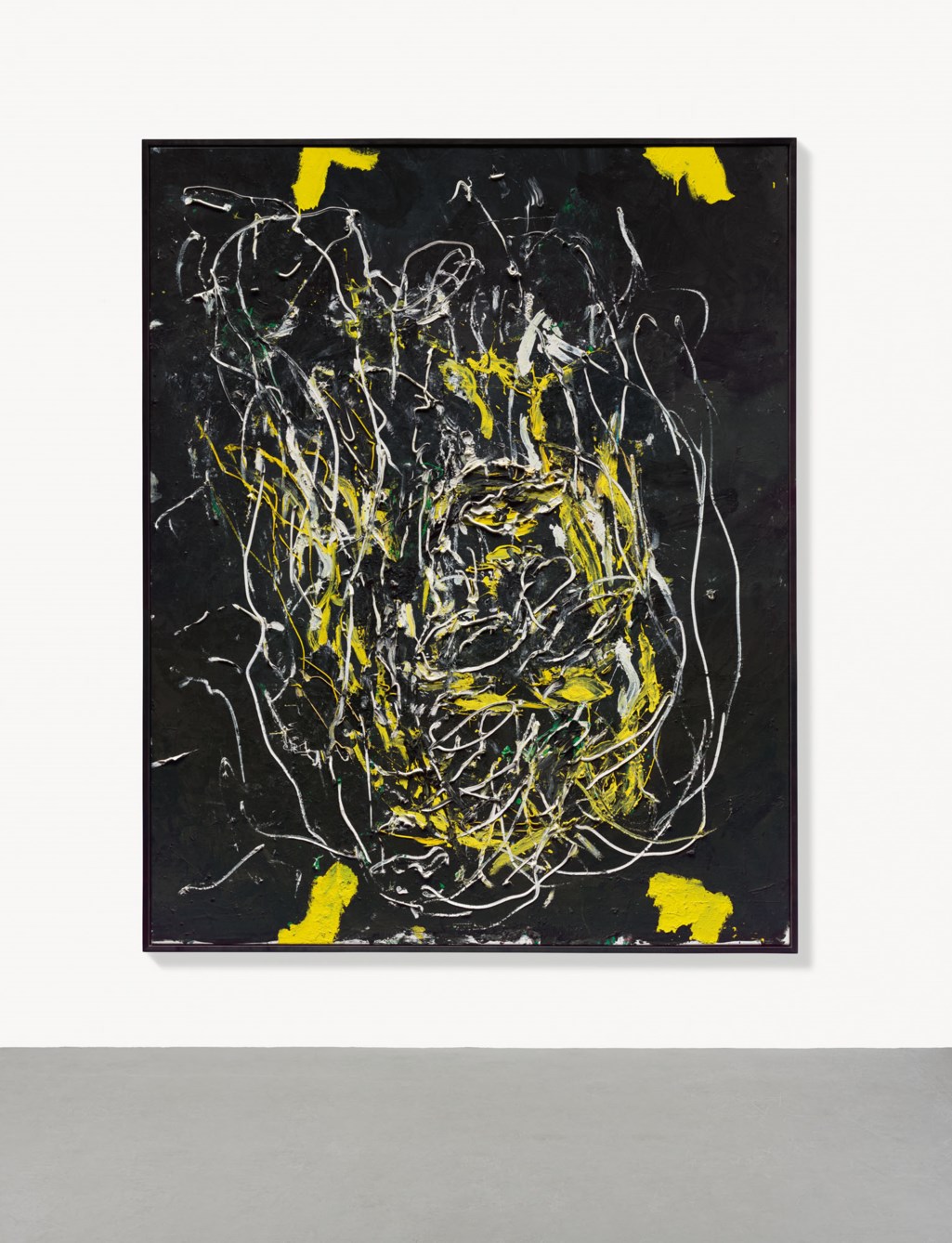 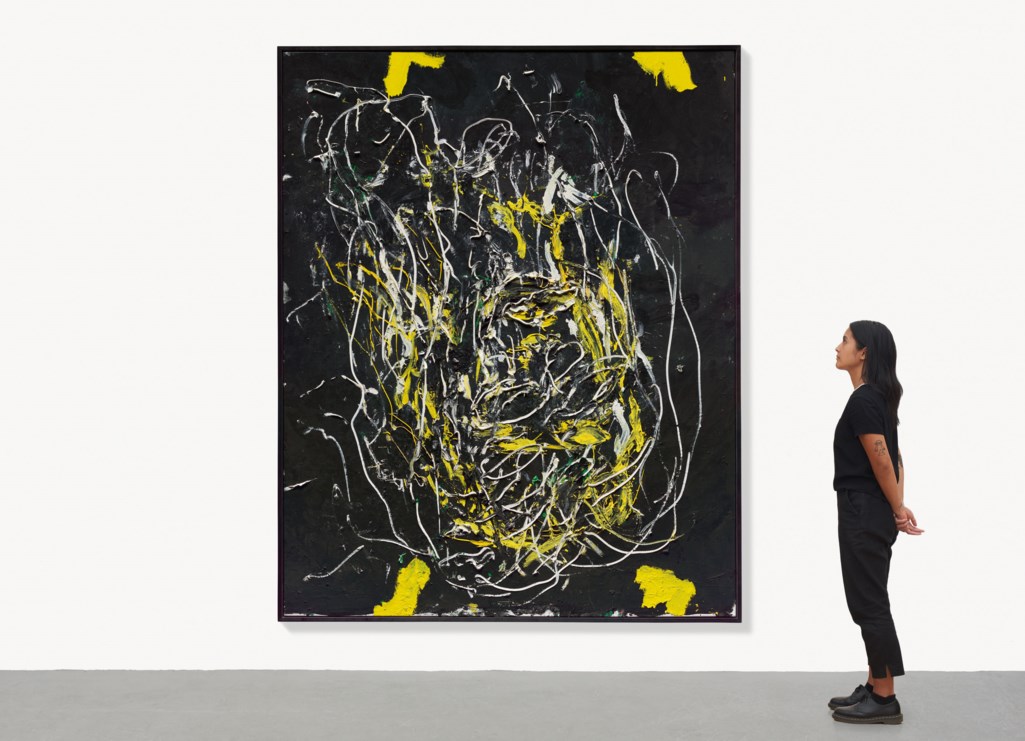 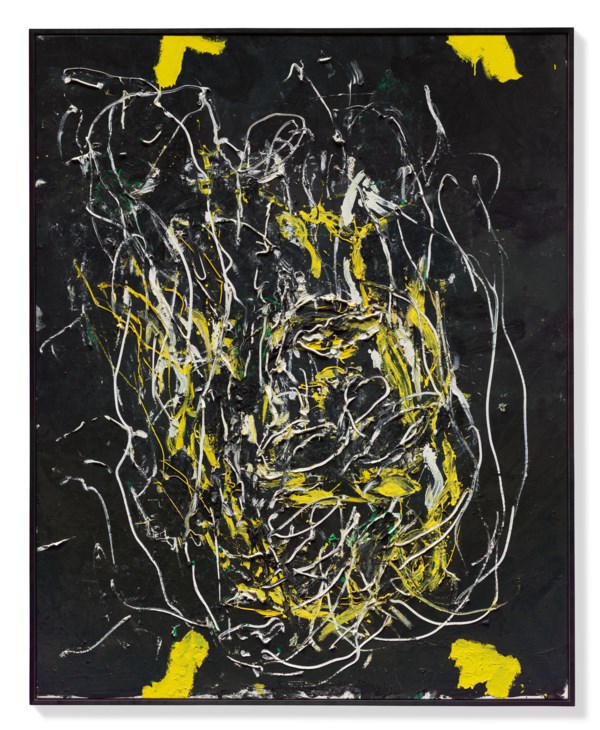 Lot 12
GEORG BASELITZ (B. 1938)
War einmal (Once upon a time)
GBP 500,000 - GBP 700,000
A Christie's specialist may contact you to discuss this lot or to notify you if the condition changes prior to the sale.
View Report
The condition of lots can vary widely and the nature of the lots sold means that they are unlikely to be in a perfect condition. Lots are sold in the condition they are in at the time of sale.

PaceWildenstein, New York (acquired directly from the artist).
Acquired from the above by the present owner in 2005.

Included in the artist’s 1995 retrospective at the Solomon R. Guggenheim Museum, New York, War einmal is a mesmerising large-scale example of the increasingly gestural abstract language that Georg Baselitz adopted during the 1990s. Against a black background, the artist weaves a tangle of white and yellow lines, creating an all-over surface texture reminiscent of Jackson Pollock’s drip paintings. During this period, after three decades of toying with the relationship between abstraction and figuration, Baselitz began to look back over his practice, reviving some of his earliest influences and motifs. In these works, the artist conjured ghosts from his Heroes and Fracture Paintings of the 1960s, only to overwrite them with layers of impenetrable pattern and texture. Though traces of his early figures flicker in the depths of the present work, all sense of form or narrative is plunged into obscurity. Baselitz’s retrospective approach to his own oeuvre would come to a head in his later Remix paintings, begun in 2005. The present work’s title, which translates as ‘Once upon a time’, alludes to the sense of buried memory that would become increasingly prevalent in his later practice.

Pollock’s work set a valuable precedent for Baselitz during his formative years. As a student in West Berlin, Baselitz had visited the Museum of Modern Art’s touring exhibition The New American Painting at the Hochschule für Bildende Künste nearly every day in 1958, as well as their celebrated Pollock retrospective. While the American artist’s destabilisation of the relationship between figure and ground had an important impact upon Baselitz's early practice, during the 1990s he began to re-engage with his influence, working with his canvases flat on the ground, applying paint directly to the surface and submitting to the aesthetics of chance. Baselitz had spent much of his career painting upside down in a bid to challenge the relationship between form and content; now, his works dispensed with all sense of orientation, rejoicing in the sheer physical engagement with the canvas. The spectral Heroes, who had wandered alone against dark wastelands, are shattered into abstract chaos, their political and symbolic power obliterated in a whirl of painterly pyrotechnics.

The World Is A Sphere: Art from the Faurschou Foundation