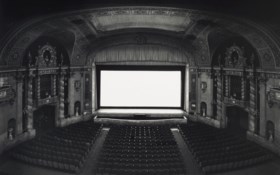 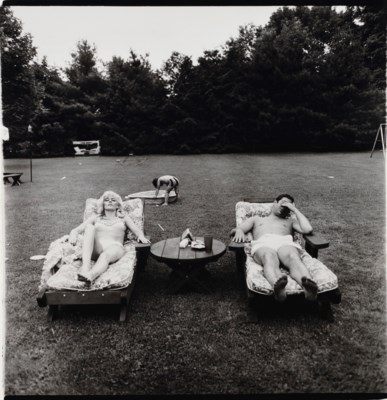 Lot 93
DIANE ARBUS (1923–1971)
Family on their lawn one Sunday in Westchester, N.Y., 1968
USD 200,000 - USD 300,000
A Christie's specialist may contact you to discuss this lot or to notify you if the condition changes prior to the sale.
View Report
The condition of lots can vary widely and the nature of the lots sold means that they are unlikely to be in a perfect condition. Lots are sold in the condition they are in at the time of sale.

Gifted by the artist to a private collector;
by descent to the present owner.

1968 was an extremely active year for Diane Arbus. In January she moved into a small three bedroom apartment in the East Village, on 10th Street between Second and Third Avenues. The move was exhausting, yet by February she was travelling on assignment to South Carolina for Esquire. In correspondence with Peter Crookston, her editor at The London Sunday Times Magazine, and with whom she regularly discusses story ideas, she writes the following:

'I have been wanting to do families. I stopped two elderly sisters the other day … And especially there is a woman I stopped in a Bookstore who lives in Westchester which is Upper Suburbia. She is about 35 with terribly blonde hair and enormously eyelashed and booted and probably married to a dress manufacturer or restaurateur and I said I wanted to photograph her with husband and children so she suggested I wait till warm weather so I can do it around the pool! They are a fascinating family. I think all families are creepy in a way.' —Letter to Peter Crookston, circa June 1968

Arbus and Crookston continued to correspond about this story and others over the course of the summer and fall. Eventually published as a special issue on November 10, 1968 in the London Sunday Times Magazine with the title 'Two American Families', the piece includes the two Arbus photographs, A young Brooklyn family going for a Sunday outing, N.Y.C., 1966, and A family on their lawn, Westchester, N.Y., 1968. Both of these images make their way into her final selection of works for the portfolio, A box of ten photographs, begun and completed in 1971.

The work on offer here is on 16x20 paper, and was printed between the years 1968 – 1971. This print was originally gifted to David Shainberg, a family friend, and is signed, titled and inscribed to the original owner on the reverse by the artist.